Looking Through The Shades Glitterer 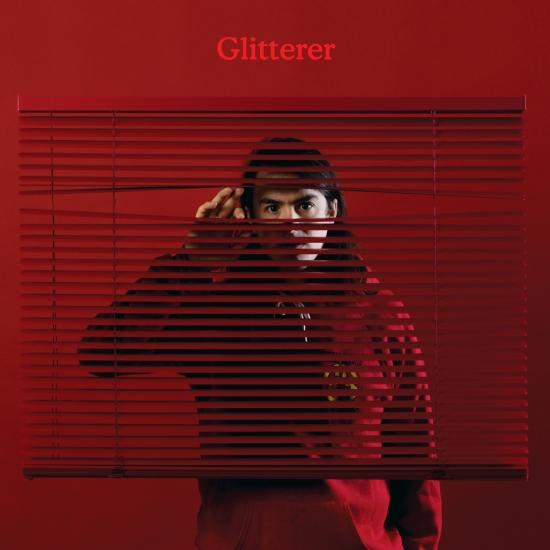 Info for Looking Through The Shades

Looking Through The Shades, is Glitterer’s debut full-length album, featuring Ned Russin, bassist / vocalist of Title Fight. Proceeded by two self-released EPs where Russin played every instrument and note, Looking Through The Shades represents the project’s first collaborative effort. Now there are live drums (twin-brother Ben did the honours) and dopamine-releasing fuzzy guitars to go with the synths, the bass, and the voice.
Now there’s a full 14-song tracklist to luxuriate in. Produced by Alex Giannascoli (better known as (Sandy) Alex G) and Arthur Rizk (Code Orange, Power Trip, Sumerlands) the album delivers Glitterer’s best-yet sonics and songs.From the saturated distortion of the opener, The Race (“I wish I could look at your life and know it’s mine”), through the road-weary 1001 (“I sang 1,000 songs / didn’t want to sing again”) and the vox-and-bass-only Side B outlier The News (“I used to be original”), the listener is simultaneously satiated and left wanting more.
Glitterer
Produced Alex Giannascoli
Please Note: We offer this album in its native sampling rate of 48 kHz, 24-bit. The provided 96 kHz version was up-sampled and offers no audible value! We don't offer the MQA, because inside the FLAC Container is the up-sampled source! 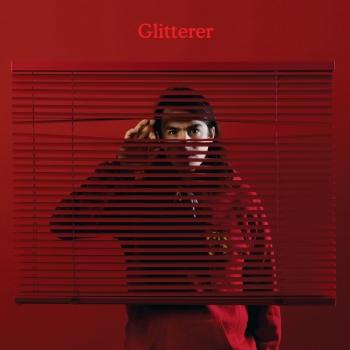 Looking Through The Shades 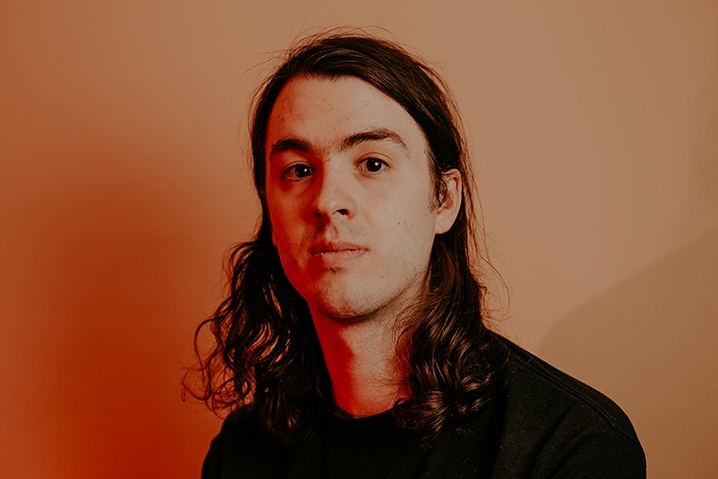 Glitterer (Ned Russin)
Glitterer was born in August of 2017, when the eponymous Glitterer EP appeared on Bandcamp. To some, Glitterer seemed to manifest the parallel identity, something between an alter-ego and a superego, of Ned Russin, who wrote, sang, and played every note of the EP’s eight songs. Ned Russin is a New Yorker, by way of Northeastern Pennsylvania, a 29-year-old bassist and singer who made his name in music by playing in a band called Title Fight.
Glitterer features spartan instrumentation — bass, drum machine, synths, and a familiar voice — and its compositional ethos, such as the listener can grasp, lies in hyper-efficient deployment of discrete harmonic and melodic ideas, also known as verses, choruses, and bridges. The introspective but gnomic lyrics address the kinds of ontological, existential, epistemological, ethical, and moral questions one would expect might occur to a 20-something liberal-arts college student (which Ned was, at Columbia, at the time of Glitterer’s release) all while wryly acknowledging the predictability of such heady questions arising under such heady conditions.
Not Glitterer, a five-song follow-up, appeared eight months later. As is suggested by the antinomic title, the newer EP is even more preoccupied with contemplating the exigencies and implications of regarding oneself and of regarding oneself regarding oneself and, of course, of regarding oneself regarding oneself regarding oneself. And, as with the first record, no song extends a second beyond what’s necessary to deliver the minimally viable aesthetic and intellectual goods. One would be hard-pressed to name an artist that conveyed a higher concentration of stimulation and aural pleasure in 2017 and 2018.
At this point in the story, Glitterer was all but bound to be forced into certain boxes. Here we had what appeared, at a casual glance, to be an erstwhile rock musician’s inevitable solo-electro project, consisting as it did of cleverly written songs whose principal subject was the very self that had conceived them. And this at a time when the most talked-about independent musicians were radically self-involved “Soundcloud rappers,” a time whose zeitgeist, engineered in large part by Silicon Valley’s oligarchs and their data-harvesting social networks, produced and nurtured the most narcissistic individuals in the most narcissistic moment in the history of the most narcissistic society in the history of the world. In this context, Glitterer must be a low- or no-stakes novelty exercise in recreational solipsism. Or else one disingenuous man’s cynical bid for a slice of the post-Lil Peep streaming-revenue pie. Or else a bit of self-serious critical-theory cosplay meant to flatter the intellectual vanity of budding coastal elites. Or maybe a toxic mix of all three?
But anyone harbouring such suspicions was disabused of them as soon as they saw Glitterer play live during this period. Recordings are plastic objects (in more senses than one) onto which listeners project their biases: A musician who tries to convey vulnerability, earnestness, or self-effacement solely through records is at the mercy of those who would superimpose onto them their own cynicism. (This is, after all the most narcissistic moment in the history of the most narcissistic society in the history of the world.) Live performance is different: A musician who goes out of his way to commune in good faith with people who themselves have gone out of their way to stand together in a room — such a musician is not so easily dismissed. And so it was that, accompanied only by a microphone stand and a Mac laptop perched on a stool like a standup comic’s glass of water, Ned performed 42 U.S. shows from 2017 to 2019, mostly opening for punk and hardcore bands. His dad called it his karaoke act.
But the live show, too, was a contingency, a temporary means to an end that, like the EPs, occluded an essential paradox: Glitterer is a solo project, Glitterer is Ned Russin — but Glitterer is, and has always been, a band.
Hence Looking Through The Shades, Glitterer’s debut full-length album, out on Anti- in summer 2019. Recorded in the cozy carpeted basement of the Russin family home, in Kingston, Pa., and co-produced by indie-rock prodigy Alexander Giannascoli and the Arthur Rizk (Code Orange, Power Trip, Sumerlands, the 2018 Grammy Awards), the album not only contains Glitterer’s best-yet sonics and songs; it has been constructed in such a way as to evince a spirit — co-operative, semi-schizophrenic, greater than the sum of its parts — that is proper to rock bands and that is inaccessible to even the least self-involved Soundcloud rappers and bedroom artists.
Simply put, Looking Through The Shades is the sound of a group of people playing music, together, in a room. Now we have live drums (Ned’s brother Ben does the honours) and dopamine-releasing fuzzy guitars (Ned’s other brother Alex contributes a solo) to go with the synths, the bass, and the voice. Now we have a 14-song-long thematic arc, carefully sequenced. Meanwhile, the lyrics are still reluctantly but rigorously self-aware, the choruses are still habit-formingly catchy, and the arrangements still carry not an ounce of excess fat. From the saturated distortion of the opener, “The Race” (“I wish I could look at your life and know it’s mine”), through the road-weary “1001” (“I sang 1,000 songs / Didn’t want to sing again”) and the vox-and-bass-only Side B outlier “The News” (“I used to be original”), listeners are invited to join the album’s team of creators in wrestling with the defining psychological and social conditions of our age. And thus we discover that Glitterer invokes solipsism not to glorify or revel in it but to understand and rise above it, and that Glitterer knows that no individual can accomplish such a task alone, which is why Glitterer is a rock band and always has been, even when only one person’s name was attached to it.
Glitterer was born in August 2017 and now, with Looking Through The Shades, Glitterer has come of age.