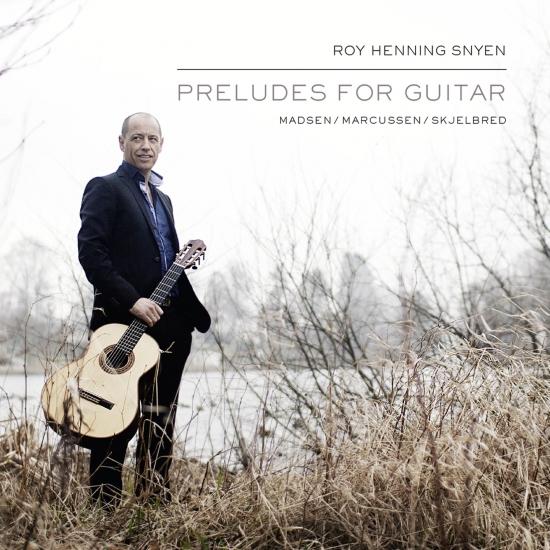 Info for Preludes for Guitar

What happens when a composer “discovers the possibilities inherent in the guitar” (Trygve Madsen) and writes music that “does not need to follow a set musical form” (Bjørn Bolstad Skjelbred)? And how can one offer a “glimpse of something that could have been bigger” (Kjell Marcussen)? With this as a point of departure, the three composers have written 23 preludes that give us insight into their musical universe. While revealing significant variation in compositional devices and playing techniques, the preludes featured here truly challenge the possibilities and limitations of the guitar. The pieces can be experienced as small stories: lovely, stimulating, gruesome, dynamic, tonal, contrastive, expressive, melancholy, mechanical, and much more. They are never bland and meaningless!
Roy Henning Snyen, guitar 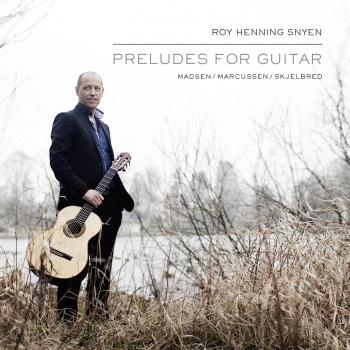 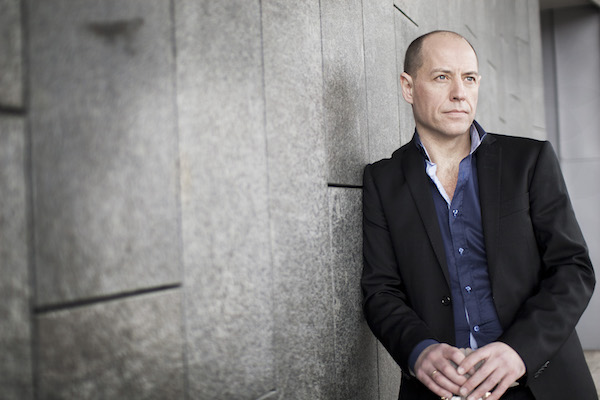 Roy Henning Snyen
Since completing his studies at Oslo Conservatory of Music, Roy Henning Snyen has given concerts and collaborated on recordings with many accomplished musicians and singers. Following a First Prize at the Norwegian Guitar Competition in 1993, he released his critically acclaimed recording, “Koyunbaba”.
Snyen has frequent engagements at the Norwegian National Opera and Ballet. He has been the regular guitarist for tour performances of Carmen, as well as stage musician for productions of The Barber of Seville and Don Pasquale, among others. He is much sought after by singers and has performed concerts with a number of soloists of the Norwegian National Opera, including Ingebjørg Kosmo, Hege Høisæter, and Trond Hallstein Moe.
His collaboration in Duo Novo with flautist Torolf Mørk Karlsen has led to commissioned works from Norwegian composers and the release of the recording “Outside-Inside”. As guitarist in Trio Bellman together with singers Knut Jørgen Moe and Nini Ritzau, he has been part of numerous performances of “Gutår båd’ natt ock dag”, featuring the fantastic universe of Carl Michael Bellman.
As concert arranger and performer in the concert series “Ski historiske konserter”, Snyen has appeared in concert with Morten Gunnar Larsen, Strings Unlimited, Caroline Eidsten Dahl, Trioen Bris, and other equally brilliant musicians, not least, fellow organizers Vegard Lund and Morten Gaathaug. This collaboration also led to the recording “Lyriske toner fra Ski”.
In addition to his activities as a performing musician, Snyen teaches guitar at Oppegård Kulturskole and the University of Oslo. His book “Gitarspill”, aimed at older beginners, was published by Norsk Musikforlag. From 1996-2004 he was also one of the principal teachers at the Norwegian Guitar Festival, as well as one of the festival managers.