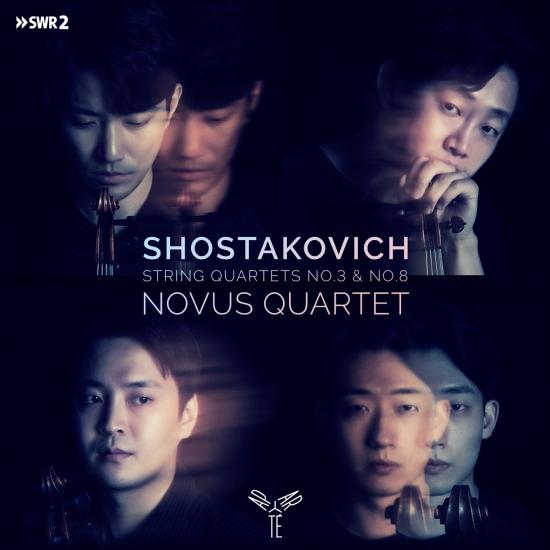 Info for Shostakovich: String Quartets No. 3 & No. 8

Shostakovich was in his early thirties when he first turned to the string quartet. He planned to produce a full cycle of 24; he completed 15.
These works embody his resistance to a crushing Soviet power that held the belief that all art should be political. At the same time, he used them as a means of personal, autobiographical expression, aimed at presenting a true depiction of himself as a man and an artist.
Bringing together nos. 3 and 8, the Novus Quartet make Shostakovich’s revolt tangible, while faithfully representing the magnificent, heartrending world of this great composer.
Novus String Quartet:
Jaeyoung Kim, violin
Young-Uk Kim, violin
Seungwon Lee, viola
Woongwhee Moon, cello 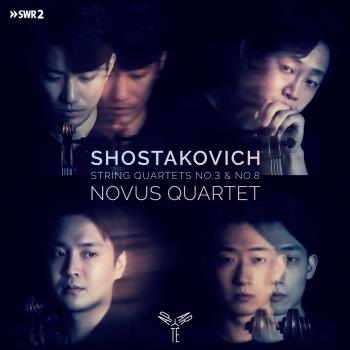 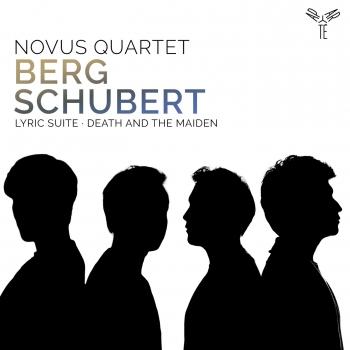 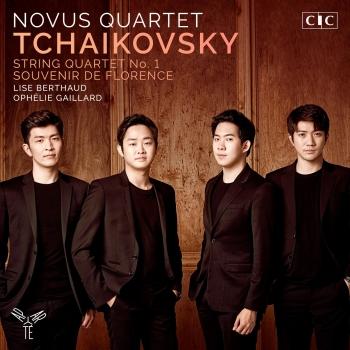 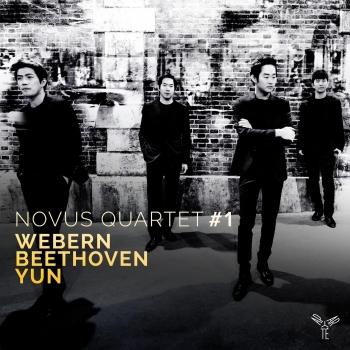 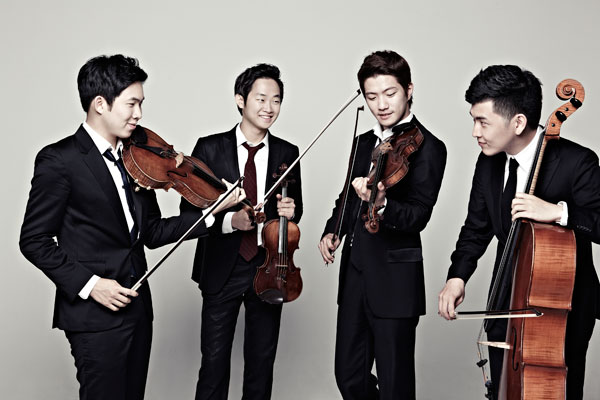 Novus Quartet
From the first note showed the Novus String Quartet mature musicality and sensitivity both in the formation of the ensemble sound." (Süddeutsche Zeitung)
"This ensemble's playing is incredibly solid and well-balanced. All four musicians perform at the same level and their music-making is enthralling." (Lukas Hagen)
It was with these words that Lukas Hagen, first violinist of the renowned Hagen Quartett, described the four musicians' artistic quality after their performance at the International Mozart Competition, held in Salzburg in February 2014, where Hagen was the Head of the Jury. The quartet went on to win First Prize at the Competition.
Established at the Korean National University of Arts in 2007, the Novus String Quartet is one of the leading chamber music ensembles in Korea.
Since the quartet’s triumph at the prestigious ARD International Chamber Music Competition in Munich in 2012, where it was awarded Second Prize, the Novus String Quartet has gained steady recognition in Europe. In February 2014, the four Koreans won First Prize at the Mozart String Quartet Competition, chaired by Lukas Hagen of the Hagen Quartett, in Salzburg.
One year after its founding, the quartet celebrated inaugural success at the International Chamber Music Competition Osaka, where the musicians were awarded Third Prize, the same prize they received in 2009 at the Chamber Music Competition in Lyon and 2012 at the International Haydn Chamber Music Competition in Vienna.
In 2010, the quartet was the first chamber music ensemble to be featured on the list of promising musicians of the year by the music magazine Auditorium. Since then, the quartet has performed concerts internationally, lauded by audiences and critics alike.
The Novus String Quartet studies under Professors Christoph Poppen and Hariolf Schlichtig at the Hochschule für Musik und Theater in Munich.
In 2013, the Novus String Quartet’s international engagements took them to the Haydn Music Festival, Salle Molière in Lyon, Chamber Music Hall in Berlin’s Philharmonie, Schwetzinger Festspiele and the Carnegie Hall in New York. The quartet’s South American tour, as part of the Credomatic International Music Festival, featured highly acclaimed concerts in such cities as El Salvador, Costa Rica and Panama.

Booklet for Shostakovich: String Quartets No. 3 & No. 8