In the Madness Lindsey Lomis 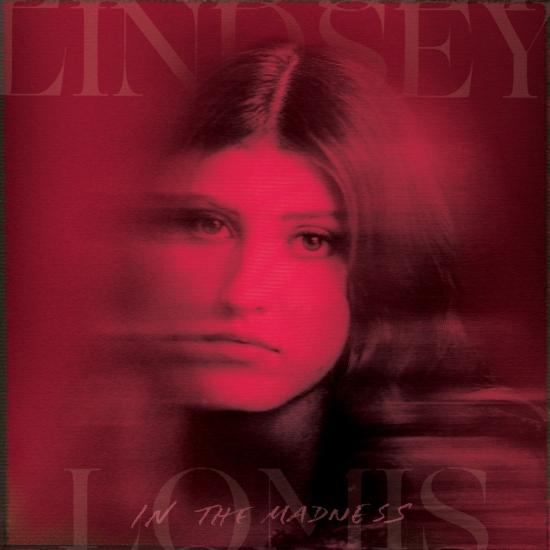 Info for In the Madness

Nashville-based singer-songwriter Lindsey Lomis will release her major label debut EP “In The Madness” on October 23, 2020. From the EP, she teamed up with American singer-songwriter JoJo to release a new song “Slow Motion”. This marks the first time Lindsey Lomis and JoJo have worked together. It was written by Ryan Daley and Lindsey Lomis.
Lindsey Lomis may be quickly rising, but her new single shares a necessary reminder to take a breather. On “Slow Motion,” out today, the 17-year-old Nashville singer, songwriter, and multi-instrumentalist offers up old-soul wisdom in the form of a slow-burning anthem featuring Pop/R&B superstar JoJo. The song will appear on Lomis’ Altadena/Warner Records debut EP, In the Madness, arriving October 23rd and is accompanied by a dreamy video—a low-key fantasy in which Lomis manages to turn back time. Listen to “Slow Motion” here and watch the video here.
“Slow Motion,” co-written with frequent collaborator Ryan Daly, issues a call to listen to your heart, take a breath, and pause. Over a mellow loop, heartbeat-like percussion ticks away the minutes while Lomis gives guidance in her sweet, smoky sigh: “Count up all your problems and just make them wait.” Those sentiments get a cosign from JoJo, who adds her own spin: “We’ll keep talking until midnight, watch the sunrise—all that matters is that we’re alive.”
“Slow Motion” feels like an essential self-care anthem delivered by the BFF you wish you had. Sure enough, the track is dedicated to Lomis’ own bestie. “It’s about slowing it down, caring less about what people think of you, and simply living your life,” says Lomis. “This is something I struggle with a lot. I feel the need to please people over myself—I think we all do. I wrote this song after I got off the phone with my best friend. ‘Slow Motion’ is exactly what I would tell her when she’s stressed, and I think it’s a message that everyone needs to hear.
About working with Lindsey, JoJo said “Nothing excites me more than amazing new talent. I knew she was special and I wanted to sing with her. She is the truth, so much soul and depth. I couldn’t believe she was so young when I heard THAT VOICE. Can’t wait for you all to hear this gorgeous song of hers, ‘Slow Motion’ featuring ME! Love the meaning behind it. We could all use a reminder to slow things down.”
“Slow Motion” arrives on the heels of the powerful singles “Feel” and “Bones,” which were released over the summer and received wide acclaim from American Songwriter, Ones To Watch and Idolator. All three tracks are featured on In the Madness along with three new songs. At just 17, Lomis has already made it clear she’s a force to be reckoned with. In 2018, Brandi Carlile hand-picked Lomis to join her onstage after being wowed by the teen’s stunning cover of “That Wasn’t Me,” and tastemakers like Ones to Watch have compared Lomis’ emotive songwriting to that of Amy Winehouse. She’s garnered a huge array of impressive fans so far including Meghan Trainor and Alessia Cara and her performance videos on Instagram boast likes from Ryan Tedder, Lennon Stella, AJ Mitchell, Shawn Mendes, Allen Stone, Cautious Clay, Jacob Collier, Sophie Turner and Joe Jonas. At a time when most of us are struggling to find our footing in a chaotic world, this young powerhouse from Music City is writing anthems that help us make sense of it all.
Lindsey Lomis 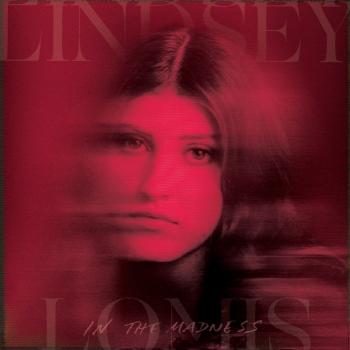 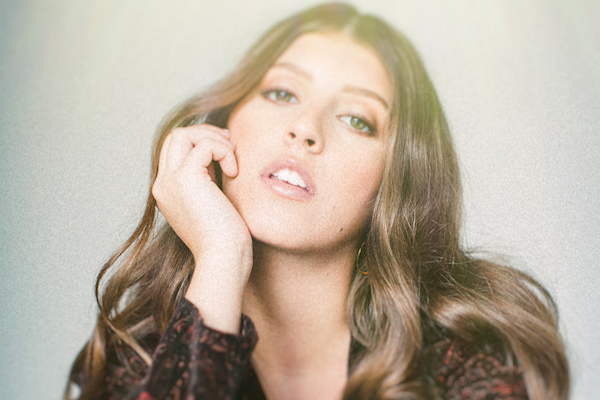 Lindsey Lomis
captures the spirit of a Gen Z teenager reaching from the past into the future. Her music is filled with undeniable hooks, dramatic drum fills, sparse electronic edges, and a vocal rootsiness. She is that rare pop treasure: a future superstar time-traveling through classic eras to land us firmly in the present. For Lomis, who is born and raised in Nashville, Tennessee and has been honing her craft from the age of nine, music is the place from where everything else in life began. Her earthen cadence reminds one of a Maggie Rogers or a Hozier: a sophisticated soul bursting from a young perspective. She’s inspired by the possibilities of pop and the lack of pressure to fit into any box. She looks to powerhouses such as Tori Kelly and Adele as inspiration. After releasing her debut EP, Chapter I, in 2019,she signed with Altadena and Warner Records and has swiftly garnered an array of impressive fans, including Meghan Trainor, Alessia Cara, Allen Stone, Ryan Tedder, Lennon Stella, AJ Mitchell, Shawn Mendes, Sophie Turner and Joe Jonas. She even garnered a shout out on one of Justin Bieber’s IG Lives. Her NYC opening slot for Bruno Major and sharing the stage with Brandi Carlile have been live highlights so far. Of her ambitions for her music’s impact, Lomis says, “When people come home from a long day, I want my songs to help them feel like they dropped the weight of the world off their shoulders.”