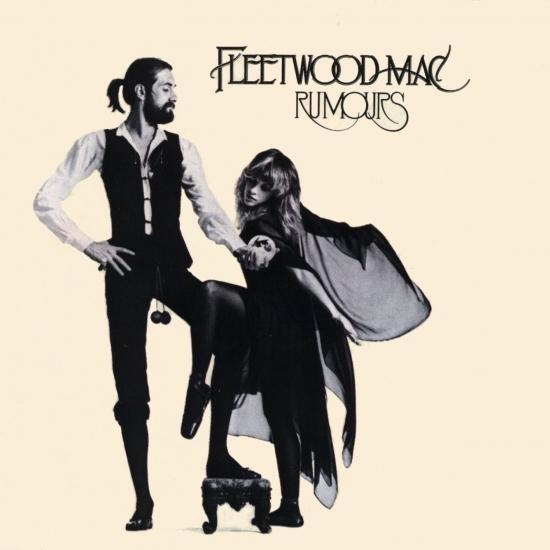 With Rumours, Fleetwood Mac produced one of the most celebrated albums (and one of the best-selling albums) of all time. While Fleetwood Mac had finally attained their long-desired commercial success, the band was fraying apart behind the scenes. The McVies divorced in 1976, and the Buckingham and Nicks' romance ended shortly afterward. The internal tensions formed the basis for the songs on their best album, Rumours. Released in the spring of 1977, Rumours became a blockbuster success, topping the American and British charts and generating the Top Ten singles "Go Your Own Way," "Dreams," "Don't Stop," and "You Make Loving Fun." It would eventually sell over 17 million copies in the U.S. alone, making it the second biggest-selling album of all time. Rumours reads like a greatest hits package rather than an incredible record.
Nineteen times platinum in the U.S. alone, Rumours is one of the best-selling albums of all time.
"The band's two romantic couples — bassist John and singer-keyboard player Christine McVie, who were married; guitarist Lindsey Buckingham and vocalist Stevie Nicks, who were not — broke up during the protracted sessions for Rumours. This lent a highly charged, confessional aura to such songs as Buckingham's "Go Your Own Way," Nicks' "Dreams," Christine's "Don't Stop" and the group-composed anthem to betrayal, "The Chain." The Mac's catchy exposes, produced with California-sunshine polish, touched a nerve; Rumours, a landmark Seventies pop album, ruled Billboard's album chart for thirty-one weeks." (Rolling Stone)
Lindsey Buckingham, vocals, guitar
Christine McVie, vocals, keyboards
Stevie Nicks, vocals
John McVie, bass
Mick Fleetwood, drums
Recorded at The Record Plant & Wally Heider Recording Studios, Los Angeles, California
Engineered by Ken Caillat, Richard Dashut
Digitally remastered
Rolling Stone "500 Greatest Albums of All Time" - Rated 26/500!