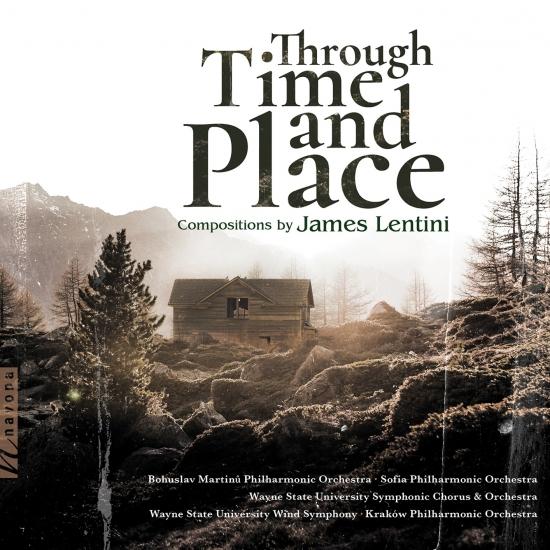 Info for James Lentini: Through Time and Place

PARMA is proud to present THROUGH TIME AND PLACE, an ambitious cross-section of James Lentini's extensive catalog. The award-winning guitarist and composer impresses with massive tonal landscapes which can be considered exemplary in contemporary American serious music.
THROUGH TIME AND PLACE's title is aptly chosen: the album contains a collection of previously unreleased recordings made over the course of Lentini's long career. Almost all of them are commissioned works or competition winners, which is obvious at first listen. They are united by the same level of craftsmanship and recurring qualities: for instance, there is a deceptive calm to Lentini's pieces – characteristic, one might even say. Expectations of tonality and form are often confirmed, only to be shattered in the very next measure. Then, of course, one finds the inevitable contrast of mood and expression: energetic phrases juxtaposed with serene lyricism, sadness mixed with humor, the sacred next to the secular. The only exception to this rule may well be Three Sacred Meditations, which powerfully remains committed to simplicity and unity. Thanks to this, in combination with the gigantic orchestral and choir setup, these works may well be the hidden gem of the album.
But it's not all ethereally objective. In fact, there are plenty of personal notes on THROUGH TIME AND PLACE, such as the intimate The Angel's Journey. Lentini wrote the piece in memory of his grandparents, utilizing the letters of their names to create the main motifs.
With this level of creativity on display, it is easy to see why James Lentini is such a popular choice, not only for festivals and competition committees. After all, his compositions perfectly embody the spirit of which all American contemporary music is capable. There is the fittingly vast grandeur, a sheer endlessness of sound, a tremendous spaciousness and almost otherworldly concept of time – filled to the brim with elaborate expression.
Bohuslav Martinů Philharmonic Orchestra
Anthony Iannaccone, conductor
Sofia Philharmonic Orchestra
Ricardo Averbach, conductor
Dana Lentini, soprano
The Wayne State University Symphonic Chorus & Orchestra
Norah Duncan IV, conductor
The Wayne State University Wind Symphony
Douglas Bianchi, conductor
Krakow Philharmonic Orchestra
Jerzy Swoboda, conductor 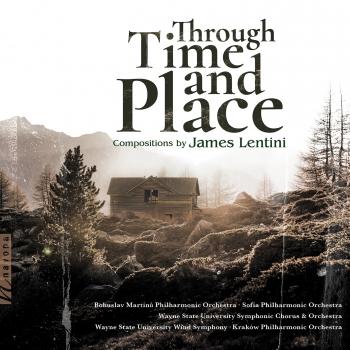 James Lentini: Through Time and Place

Various Artists - Through Time and Place 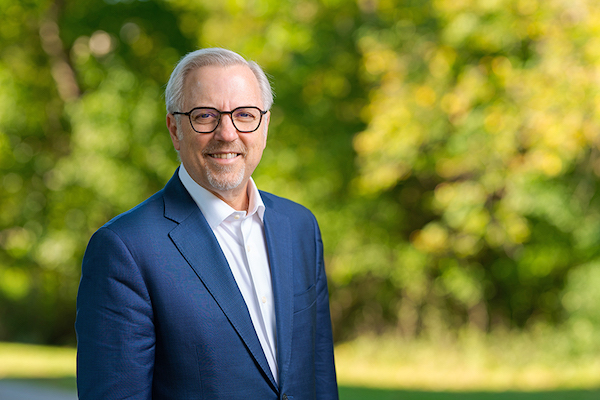 James Lentini
Award-winning composer and classical guitarist James Lentini is a recipient of the Andrés Segovia International Composition Prize, the Atwater-Kent Composition Award (first prize), the McHugh Composition Prize, a grant from "Meet the Composer," a Hanson Institute of American Music composer-performer grant, and multiple awards from the American Society of Composers, Authors, and Publishers (ASCAP). He has been a Visiting Artist at the American Academy in Rome, and his compositions have been performed and recorded by international ensembles, including the Sofia Philharmonic Orchestra, the Bohuslav Martinů Philharmonic Orchestra, the Orquesta Sinfónica Universidad de Concepción (Chile), and the Krakow Philharmonic Orchestra. His Concerto for Guitar and Strings is published by Doberman-Yppan, and was recorded by guitarist Iliana Matos with the Zagreb Festival Orchestra and released on the Navona Records label in 2019.
Lentini’s composition for solo guitar, Westward Voyage, was commissioned by guitarist William Kanengiser of the Los Angeles Guitar Quartet and is published by Editorial de Música Española Contemporánea (EMEC). The piece was awarded the Andrés Segovia Composition Prize in 2002 at the International Andrés Segovia Guitar Competition held in La Herradura, Spain. His recordings appear on the Azica, Capstone, CRS, Naxos, and Navona labels. His suite for guitar entitled The Four Seasons for Guitar is published by Mel Bay, and is recorded on an album that includes duo performances with his wife, soprano Dana Lentini. Gramophone Magazine has called James Lentini an “American classical music success story,” while calling his composition Scenes from Sedona “…perhaps the best piece for viola and cello since Beethoven’s ‘Eyeglasses’ Duet.”
Lentini studied composition with Morten Lauridsen and Robert Linn at the University of Southern California (D.M.A. 1990). He later became Professor of Music and Associate Department Chair at Wayne State University (1988-2003) and was the Founding Dean of the School of Art, Media, and Music at The College of New Jersey (2003-2007). He subsequently served as Dean of the College of Creative Arts at Miami University, OH (2007-2103), and was Senior Vice President for Academic Affairs and Provost at Oakland University from 2013-2020. In December, 2019, Dr. Lentini was named as President of Molloy College for an appointment beginning in July, 2020.