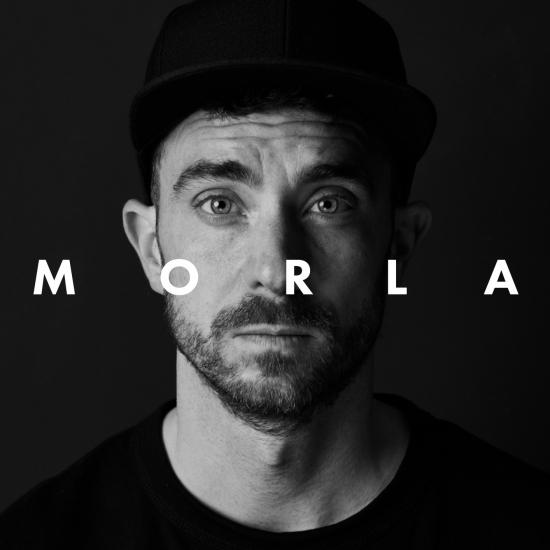 With his eighth album MORLA, ECHO award winner Tim Allhoff shows curiosity, self-confidence and a stylistic diversity that reflects his various musical influences. For many years he has been one of the most important pianists on the German scene. The magazine JAZZTHING calls him the "Piano Shooting Star of the Republic" and the SÜDDEUTSCHE congratulates him, at the latest with this release, on his "ascent into the royal class of solo pianists".
MORLA is the wise, gigantic turtle from the children's book "The Neverending Story" by Michael Ende. She lives lonely in the swamps of sadness and yet knows millennia-old stories from all over the world. In order to get the wisest of advice from her, you have to expose yourself to the danger of the swamps, otherwise you won't reach her. She is a little strange, speaking of herself in the plural; she is a thinker who matures her thoughts over many years and yet never moves from the spot. She is mountain and prophet in one being. She is eternity and origin. And originality is also what Tim Allhoff's new album MORLA is about.
It is the eighth album by the pianist and composer, who has been honored with various musician and composer awards throughout his career. His earlier albums are more in the genre of jazz and have received several awards. However, Tim Allhoff is also at home in classical music, which has accompanied him since childhood. Among other things, he just recently arranged parts of the debut album of shooting star soprano Fatma Said, at whose side he can be heard both on the album and on stage.
Now, as part of MORLA, Allhoff takes the opportunity to reflect on the origins and trajectory of his artistic work as a pianist and composer; the resulting collection of compositions evokes a variety of contrasting moods, reminiscent of flipping through a photo album - an album of his work to date and a melting pot of the musical genres Allhoff incorporates. "I grew up listening to a lot of classical music and later graduated from the conservatory in Munich as a jazz pianist. However, I have always been interested in very different styles of music - Bach's English Suites could appear in my playlist, followed by Radiohead, the Beatles and Miles Davis" explains Tim Allhoff with a smile.
Consequently, the album features works by other composers in addition to his own compositions. The album opener "Death with Dignity" is a song by Sufjan Stevens, a U.S. songwriter whom Tim Allhoff holds in high esteem. He arranged the piece for the Berlin-based Leonkoro Quartet. The multi-award-winning string quartet also plays a weighty role in Allhoff's compositions "Day of Leaving" and "Lea's Song." In his composition "For Iori", on the other hand, a yearning violin is suddenly heard, played by Niklas Liepe on his Guarneri. Tim Allhoff is very happy about the participation of these longtime friends: "I've known Niklas for quite a while and love his sound, it was great that he could be a guest. The same goes for the Leonkoro Quartet, whose sound excited me from the first moment."
In "Schumann Exploration" Tim uses a movement from the "Album für die Jugend" as a starting point for improvisations. These spontaneously created melodies blend smoothly with those Robert Schumann wrote down more than 100 years ago. For Tim Allhoff, this is a testament to the timelessness of this music. Felix Mendelssohn-Bartholdy's "Schäfers Klagelied" (op.67/5), Johann Sebastian Bach's Organ Sonata IV and the jazz ballad "In the wee small hours of the morning", made famous above all by Frank Sinatra, are further works that have influenced Tim Allhoff's work and are now united on MORLA.
And of course, the titular piece itself can be found on the album, which is dedicated to someone very close to the pianist. When asked in which musical genre Allhoff himself sees his new work, the pianist does not know a clear answer. "I hope that my music touches and awakens emotions. Because at the end of the day, that's the most important thing music is about" he adds.
Tim Allhoff, piano
Leonkoro Quartet 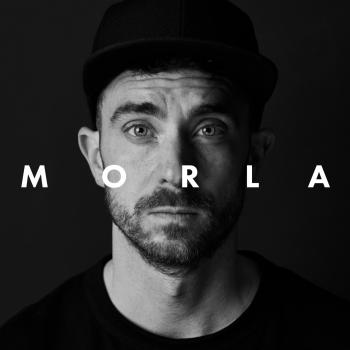 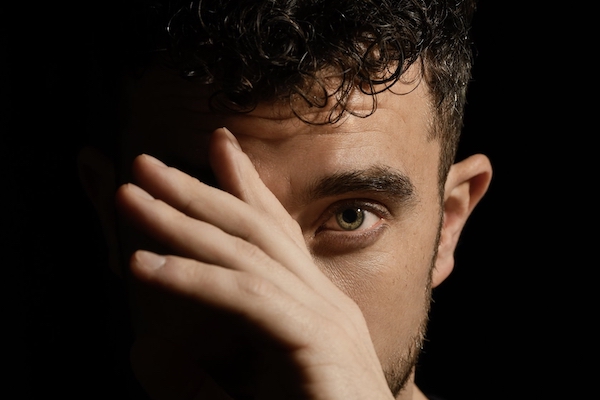 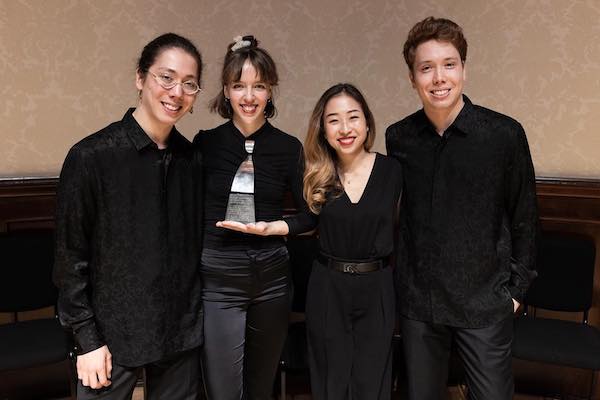 Tim Allhoff
Award-winning pianist/composer Tim Allhoff is a significant constant in the German music scene. He has released seven albums, 2 of them being awarded the prestigious ECHO award. Initially focusing on jazz and working with the Tim Allhoff Trio for over ten years, he meanwhile developed into an artist of many colours, writing and playing jazz, classical and contemporary music. As a composer and arranger, his work runs the gamut from string quartet to an orchestra, music for theatre and International movie scores. His solo piano debut Sixteen Pieces for Piano, was released on Sony Classical in 2019. Recently, he also arranged and recorded parts of the critically acclaimed debut album, El Nour, with soprano Fatma Said.
His new album MORLA will be released in May 2022 and features mainly original music and works from Bach, Schumann, and Sufjan Stevens. Tim Allhoff played/arranged/worked with/for Larry Grenadier, Jeff Ballard, Robbie Williams, Fatma Said, Jules Buckley, the Vision String Quartet, Nils Wülker, Konzerthausorchester Berlin, Filmorchester Babelsberg and Philharmonie München.
Leonkoro Quartet
The string quartet, founded in Berlin in 2019, could hardly be described more aptly than in the review published in the Frankfurter Allgemeine Zeitung in January 2022.
The ensemble is framed by brothers Jonathan and Lukas Schwarz on first violin and cello, with Amelie Wallner on second violin and Mayu Konoe on viola providing the middle voices. Leonkoro, in Esperanto: Lionheart, alludes not coincidentally to Astrid Lindgren's children's book about two brothers, a book that juxtaposes the grave fact of dying with a large and heartfelt portion of consolation - a meaning the quartet's music is also dedicated to in not a few places.
In April 2022, the Leonkoro Quartet was crowned with the first prize and nine special awards at the Wigmore Hall String Quartet Competition. These included among others the prize for the best interpretation of a Haydn String Quartet, the prize for the best performance of a 19th century work, the Britten Pears Young Artists Programme Prize, the Leeds International Concert Series Prize as well as the prize of the Esterházy Foundation. Just a few weeks before the ensemble had been honoured with the sought-after and highly endowed Music Prize of the Jürgen-Ponto Foundation, which is awarded every other year to an outstanding string quartet.
Already in the summer of 2021, the Leonkoro Quartet got off to a brilliant start on the international stage when it became the youngest formation to be awarded second prize (first prize was not awarded) and the coveted Audience Prize at the highly renowned international string quartet competition Premio Paolo Borciani. In the same year, the ensemble won first prize in the Chamber Music Competition of the Alice-Samter Foundation and was awarded second prize in the Ton und Erklärung competition of the Kulturkreis der Deutschen Wirtschaft.
The Leonkoro Quartet is coached intensively by members of the Artemis Quartett at the University of the Arts Berlin. The four musicians receive further artistic impulses from Alfred Brendel, Reinhard Göbel, Rainer Schmidt (Hagen Quartet), Oliver Wille (Kuss Quartet) and Luc-Marie Aguera (Quatuor Ysaÿe).
In addition to persuing their Master's degree in chamber music with Heime Müller at the Musikhochschule Lübeck, the quartet has been studying with Günter Pichler (Primarius Alban Berg Quartett) at the Chamber Music Institute of the Escuela Superior de Música Reina Sofía Madrid since 2020 with the generous support of Santander Consumer Bank AG.
In the 2021/2022 season, the Leonkoro Quartet will play at the Laeiszhalle Hamburg, the Konzerthaus Berlin, the String Quartet Biennale of the Philharmonie de Paris, the String Quartet Festival in Heidelberg and the Rheingau Music Festival, among others.
The Leonkoro Quartet is a Pirastro Artist and is kindly supported by PE-Förderungen.