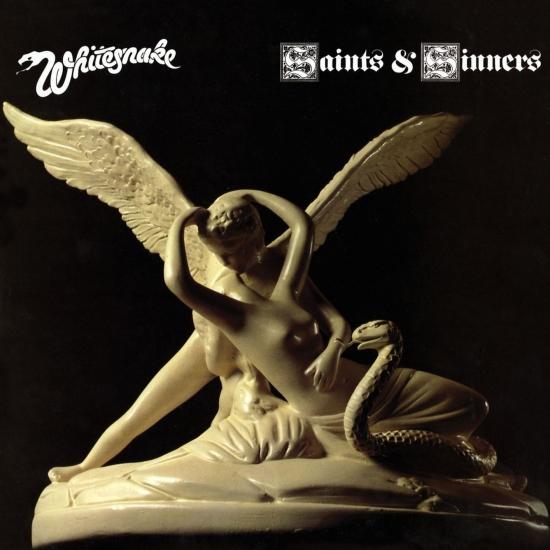 When Whitesnake hit it big in the late '80s with its power-pop/metal one-two punch, many new fans were unaware that earlier in the band's career, David Coverdale and co. were straight ahead, bluesy hard rockers, especially on their 1982 release, „Saints & Sinners“.
The album is best known amongst longtime Whitesnake fans as the one that features two songs that would be re-recorded and molded into melodic rockers for the band's 1987 U.S. commercial breakthrough, Whitesnake - „Crying in the Rain' and 'Here I Go Again.' Also included were such lesser-known highlights as 'Young Blood,' 'Bloody Luxury,' and 'Rough An' Ready,' making „Saints & Sinners“ one of the fiercest, most rocking albums of Whitesnake's career.
David Coverdale, vocals
Micky Moody, guitar, backing vocals
Bernie Marsden, guitar
Jon Lord, keyboard
Neil Murray, bass
Ian Paice, drums, percussion
Mel Galley, backing vocals
Recorded at Rock City, Shepperton, Battery Studios, The Truck Mobile at Clearwell Castle, Gloucestershire and Britannia Row, London
Mixed at Battery Studios by Martin Birch, September/October 1982
Remastered by Peter Mew at Abbey Road Studios, London, 2007
Produced by Martin Birch
Digitally remastered