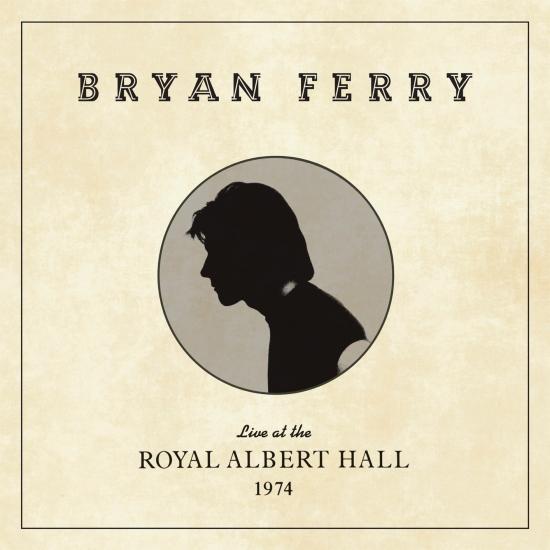 Info for Live at the Royal Albert Hall, 1974 (Remastered)

Bryan Ferry surely took some fans by surprise when, in 1973, he released his first solo studio album. These Foolish Things was named after the 1935 standard, quite a far cry from the original music he was recording as frontman of Roxy Music. The all-covers LP was a journey through Ferry’s record collection, featuring his reimagined versions of songs by Bob Dylan, The Beatles, The Rolling Stones, The Beach Boys, Lesley Gore, Smokey Robinson, and others. He followed up These Foolish Things in 1974 with Another Time, Another Place. While the title track was a new song (Ferry’s first original composition as a solo artist), the balance of the LP was very much in the mode of its predecessor, with covers of Dylan, Willie Nelson, Sam Cooke, Jerome Kern, and more.
While Ferry never performed these albums in full in concert, he did perform a number of their selections live over three U.K. dates in December 1974. Due this Friday, February 7, on CD, LP, and digital platforms, Ferry’s Live at the Royal Albert Hall 1974 will present 14 selections in this milieu as recorded at the storied London venue ranging from classic standards (“These Foolish Things,” “Smoke Gets In Your Eyes”) to ’60s pop (“Don’t Worry Baby,” “It’s My Party”), rock (“A Hard Rain’s A-Gonna Fall,” “Sympathy for the Devil”), and R&B (“The Tracks of My Tears”). A smattering of Ferry originals are featured on the album, too, including “Another Time, Another Place” and Roxy Music’s “A Really Good Time.”
For the December 19, 1974 show, Ferry was supported by Roxy Music’s Phil Manzanera and Paul Thompson, and John Porter (who had played on Roxy’s 1973 LP For Your Pleasure), as well as a 30-piece orchestra conducted by Martyn Ford. (Among the cello players was Paul Buckmaster, well-known for his arrangements for Elton John and David Bowie.) The performance followed a brief period in which the Royal Albert Hall refused to book rock and pop artists after a number of troubling incidents occurred during the venue’s 1971 season. The majority of the concert has been included on the release; it appears that his renditions of Kris Kristofferson’s “Help Me Make It Through the Night” and Willie Nelson’s “Funny How Time Slips Away” have been omitted.
Bryan Ferry
Digitally remastered 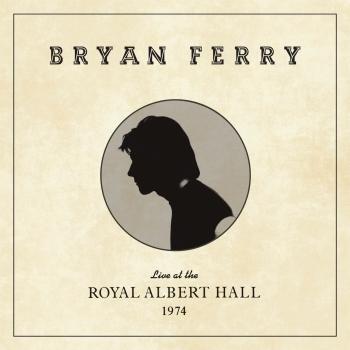 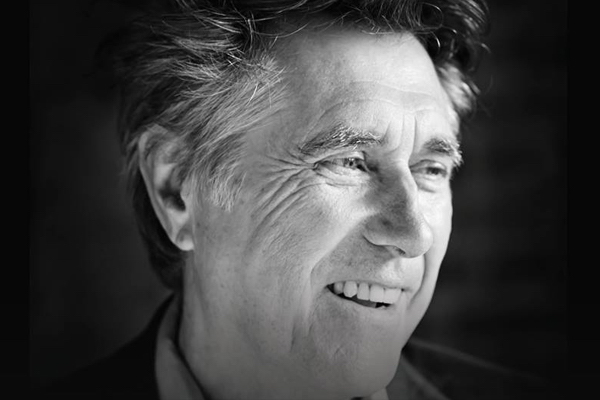 Bryan Ferry
initially found music success with the group Roxy Music. Formed in 1970, Ferry fronted the band which he co-founded, and went on to achieve 10 UK top 10 hit singles and 11 UK top 10 albums (of which 4 were UK Number 1s).
1973 saw Bryan Ferry launch the beginnings of his solo career alongside Roxy Music’s group projects. From this time up until the present day, he has continued to go from strength to strength, achieving great success with his solo endeavours as well as with Roxy Music.
Described as “one of most innovative and distinctive singers and lyricists to emerge in popular music” Ferry’s sophisticated, elegant and glamorous on stage persona has won him fans around the world. His vocal genius is said to lie in his peerless ability to merge musical styles “from french chanson, through to classical crooner to hard edged rock.”
Imprinting his own style into his recordings and performances successfully is reflected in his recognition as a highly successful solo artist in his own right; he has achieved great success with 5 top 10 UK chart singles as well as 10 UK chart top 10 albums (including the Number 1s “Boys and Girls” (1985) and “Street Life,” (1986). Ferry has also won critical acclaim, most notably, his 2001 Grammy Nomination for Best Traditional Pop Vocal Album for 1999’s “As Time Goes By”.