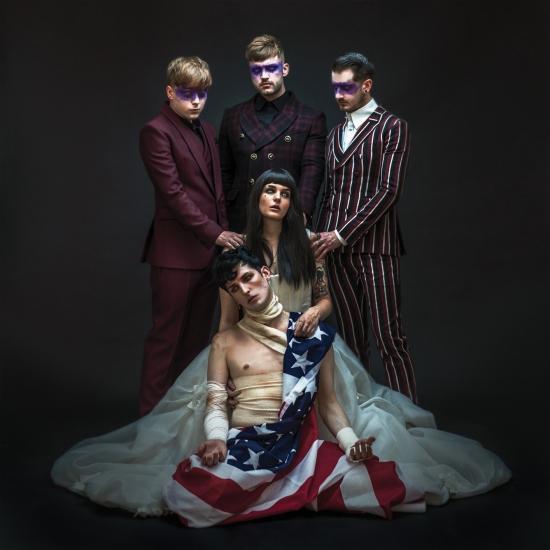 CREEPER are back! The new EP ‘American Noir’ represents an epilogue to the narrative told in their critically acclaimed, Top 5 album ‘Sex, Death and The Infinite Void’ and is released almost a year to the day of the album’s first anniversary. ‘American Noir’ is a requiem to the album’s central character Roe, which explores his partner Annabelle’s grief and desolation following his death.
Frontman Will Gould commented, “This new EP is comprised of material we’d written over the course of the last album. Lavish and tragic, it tells the story of the days following the death of our protagonist Roe. Beginning with ‘Midnight’ you’ll find Hannah and I experimenting with our voices together like never before.”
‘American Noir’ is launched alongside its lead single ‘Midnight’. Indicative of another bold, unexpected yet entirely natural evolution in the CREEPER sound, it’s a fitting introduction to the EP as a whole. The interplay between Gould and Hannah Greenwood is more fully realised than ever before. Blending his velvet croon with her most prominent vocals to date, their duet really brings the story’s characters to life. The song is also brave enough to continue to up the stakes, rising from the introduction’s cinematic piano and culminating with the fiery intensity that the band have become renowned for.
Greenwood’s vocals also take centre-stage on the mournful gothic romance of ‘Ghosts Over Calvary’ and the funeral march elegy of the closing ballad ‘Damned and Doomed’. Elsewhere, ‘America At Night’ reprises Gould’s lyrical gift for crafting poetic pop culture references and amplifies the drama with stirring strings and a searing solo, traits which resonate even more theatrically within ‘One Of Us’
The EP continues CREEPER’s creative collaboration with Xandy Barry, who also produced ‘...Infinite Void’.
“It’s kind of made up of surplus music that we made for the last record. Some of the songs I was writing for that last one, I was super proud of, they were awesome, but they just didn’t fit on the album. For whatever reason, either I had another song that I’d already put together that could fit that portion of the record better, or just didn’t seem to fit the vibe. So there was a big amount of material that had been held on to in the Dropbox. And it was funny, because I would play it to my girlfriend, and some of her favourites were the ones we didn’t even put on the album. So she would constantly be at me about it all the time. And then we knew that kind of a rebirth was coming up for everybody a little bit as well, coming back out into the world. So I thought it was a good time to revisit those songs, and put out something brand new and fresh. I know I keep doing releases all the time at the moment – I don’t know what’s going on. Somebody stop me!”
CREEPER 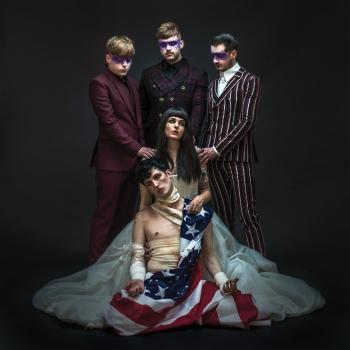 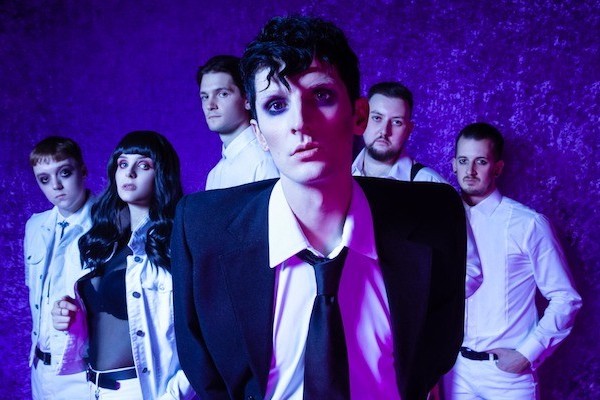 Creeper
A horror punk unit based out of Southampton, England, the aptly named Creeper draw inspiration from a deep well of goth, post-punk, and glam rock greats like AFI, Alkaline Trio, Tiger Army, Bouncing Souls, and David Bowie. Founded in 2014 by vocalist Will Gould, guitarists Ian Miles and Oliver Burdett, bassist Sean Scott, drummer Dan Bratton, and keyboardist Hannah Greenwood, the band issued their eponymous debut EP shortly after formation. In 2015 they inked a deal with Roadrunner Records and put out a second EP, The Callous Heart, which was followed by a tour with the Misfits and an appearance at that year's U.K. Warped Tour. A third EP, The Stranger, dropped the following year, and in 2017, Creeper unleashed their full-length debut, Eternity, In Your Arms. After seemingly announcing their breakup in 2018, the band unexpectedly returned a year later. In 2020 they unleashed their second album, the grandiosely titled Sex, Death & The Infinite Void, which was teased with the anthemic single "Born Cold." (James Christopher Monger, AMG)