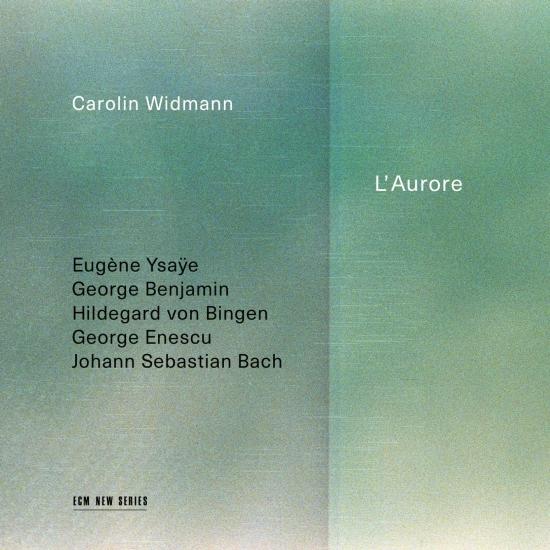 German violinist Carolin Widmann’s imaginative solo recital spans a thousand years of music history from Hildegard vom Bingen’s antiphon Spiritus sanctus vivificans vita to Three Miniatures by George Benjamin. En route, Widman’s “little encyclopaedia” embraces compositions by Eugène Ysaÿe and George Enescu, pieces that brought new expressive possibilities to violin literature. A radiant account of Bach’s Partita No 2 in D minor rounds off the recording, made at Auditorio Studio Molo RSI in Lugano in July 2021 and produced by Manfred Eicher.
L’Aurore is Carolin Widmann’s seventh recording for the New Series and her first solo violin disc for the label, exploring a characteristically wide arc of composition with élan and imagination. In this fascinating recital, Widmann sets out to document the expressive potential of the violin in a programme that concludes with a radiant account of Johann Sebastian Bach’s Partita in D minor.
At the album’s core, there are some major discoveries to be made, not least in Romanian composer George Enescu’s rarely-played Fantaisie Concertante, written in 1932. : “How is one able to notate something that sounds so free, so visionary?” Widmann reflects in an interview with Max Nyffeler in the CD booklet. “The melody unfolds improvisationally, as it were: the piece feels like a sweeping melisma.” Throughout the unbroken fifteen-minute duration of the Fantaisie Concertante, tension and intensity are maintained.
Enescu, like Bartók before him, drew inspiration from the folk music heritage of his homeland, bringing its colours and energies into his multi-layered music. Widmann also perceives and underlines a cross-connection between Enescu and Belgian composer Eugène Ysaÿe, whose Sonata No. 5, written in 1923, embraces a swirling “Danse rustique” in its second movement.
Bridging the demanding Enescu and Ysaÿe pieces are the aphoristic Three Miniatures of British composer George Benjamin: “There is not a note too much. His music is like a fabric very finely woven, and the three pieces are also interwoven in a subtle way.” These brief character sketches were written in 2001 and 2002 and respectively dedicated to violinist Jagdish Mistry, to music publisher Sally Cavender, and to new music patron Klaus Lauer, at whose Badenweiller Music Days the cycle was premiered.
L’Aurore also includes two passes at Hildegard von Bingen’s 12th century antiphon Spiritus sanctus vivificans vita, with Widmann translating Gregorian chant into the idiom of the violin, while keeping the idea of the breath in focus. “We come from the voice. That is the origin of our musical tradition. During the recording we discovered that I play the antiphon differently each time. That’s why it appears twice, like a kind of ritual.”
The album concludes with Bach’s Partita in D minor. “Bach is the one who holds everything together. It was a great concern of mine to finally record this Partita. I waited and waited with it, and worked on it for years. Now I felt the time is ripe and I have enough experience with the piece. Maybe in five years I’ll play it differently again, but in its present form it’s a mirror of my current life and artistic experiences…”
Carolin Widmann, violin 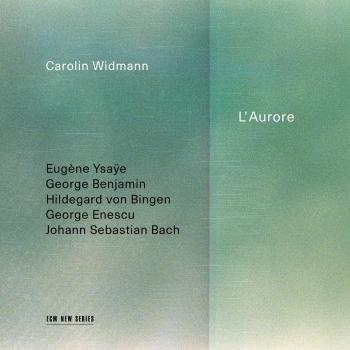 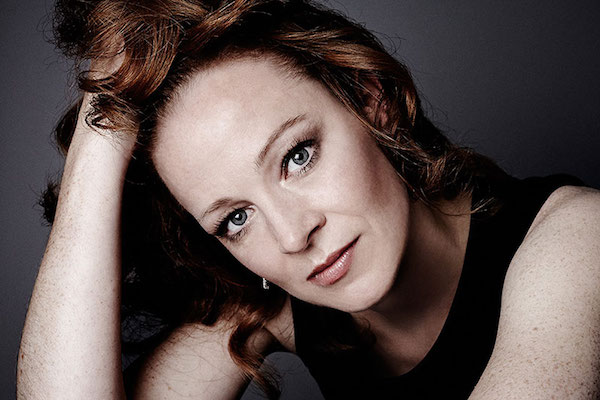 Carolin Widmann
born in Munich in 1976, studied with Igor Ozim in Cologne, Michèle Auclair in Boston and David Takeno in London. She made her ECM debut in 2008 with a Gramophone Award-nominated recording of the Schumann violin sonatas, accompanied by Dénes Várjon. She followed this with Phantasy of Spring, a recital of music by Feldman, Zimmermann, Schoenberg and Xenakis, which was also widely praised for its idiomatic understanding of demanding material, and contributed to Erkki-Sven Tüür’s Strata album, which included the premiere recording of the Estonian composer’s Noësis for violin, clarinet and orchestra.
In 2012 came an insightful Schubert recording, the first documentation of the musical alliance between Carolin Widmann and Alexander Lonquich, which had been gathering momentum since they first played Messiaen together in Salzburg in 2008. ECM released her 2009 recording of Morton Feldman’s Violin and Orchestra in 2013, a work scored for huge orchestra which nonetheless relies on the subtlest gestures to make its impact.
Widmann’s collaboration with the Chamber Orchestra of Europe led to the recording of the violin concertos of Felix Mendelssohn Bartholdy and Robert Schumann, once again drawing many very favourable press notices.
Widmann has performed as a soloist with the Leipzig Gewandhaus Orchestra, the Orchestre National de France (Paris), the Orchestra di Santa Cecilia (Rome), the Tonhalle Orchester Zürich, RSO Vienna, the BBC Symphony Orchestra London, London Philharmonic Orchestra and the China Philharmonic in Beijing, and worked with conductors including Riccardo Chailly, Sir Roger Norrington, Silvain Cambreling, Vladimir Jurowski, Emanuel Krivine, Peter Eötvös and Heinz Holliger. ...