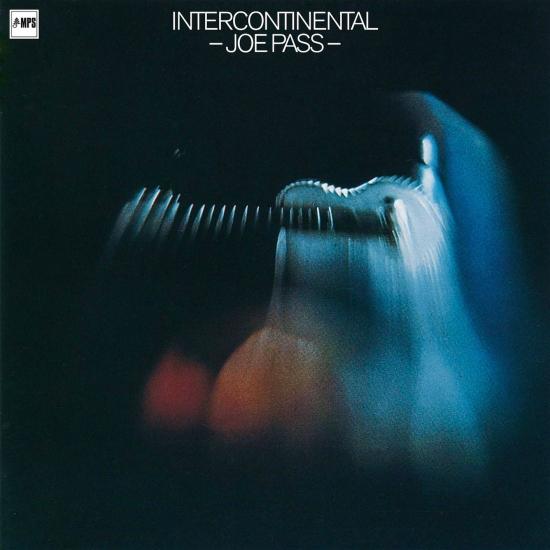 “Joe Pass looks like somebody’s uncle and plays guitar like nobody’s business.” So said New York Magazine about the man considered to be one of the greatest jazz guitarists of the 20th century. Pass’s masterful melodic counterpoint and quicksilver improvisational style flow throughout “Intercontinental”. Deftly accompanied by German bass virtuoso Eberhard Weber and English drummer Kenny Clare, the music runs the gamut of genres – a meditative Jobim bossa nova, a lusciously relaxed version of the jazz standard, “Stompin’ at the Savoy”, a blues-drenched rendition of the Bobby Gentry pop classic, “Ode to Belly Joe”, and a display of dynamically controlled guitar pyrotechnics on the exhilarating “I Love You”.
„Joe Pass recorded almost exclusively for American record labels during his long career, so this 1973 studio date for BASF is a rare exception. With bassist Eberhard Weber and drummer Kenny Clare's brushwork, the legendary guitarist plays a half dozen or so standards, including the gently swinging takes of 'Chloe' and 'Stompin' at the Savoy,' a soft arrangement of Jobim's Meditation,' and a very lively version of 'I Love You' (also featuring solos by his rhythm section). He also improvises the tasty 'Joe's Blue's,' plays a light samba written by the session's recording director ('El Gento'), puts some life into the normally dull 1960's pop hit 'Ode to Billy Joe' by playing it in a Latin groove, and concludes with the very familiar standard from the Count Basie songbook, 'Lil' Darlin',' which he must have performed hundreds of times during his career. While his playing is rather reserved compared to his later extensive recordings for Pablo, and this release is by no means near the top of the late guitarist's considerable discography as a leader or soloist, fans of Joe Pass who manage to locate this long unavailable LP won't be disappointed.“ (Ken Dryden, AMG)
Joe Pass, guitar
Eberhard Weber, bass
Kenny Clare, drums
Recorded June 8–10, 1970 at MPS-Tonstudio in Villingen, Germany
Engineered by Rolf Donner
Produced by Hans Georg Brunner-Schwer
Digitally remastered 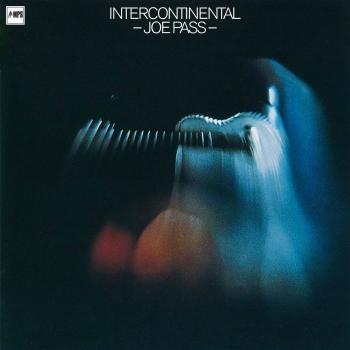 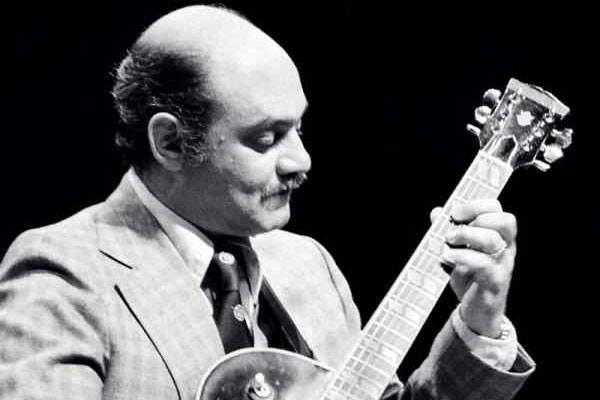 Joe Pass (1929-1994)
began playing the guitar when he was nine years old and by age fourteen he was playing in local bands in the Johnstown Pennsylvania area. In 1947, at eighteen, he went on the road with the Tony Pastor band for a short time before returning to high school. He appears on several Pastor recordings from this period as a rhythm player.
He left school again shortly after returning and began playing in and around New York. During this time in New York he started using drugs and he began a decline that ultimately ended with time in several rehabilitation centers and jail. During this time Pass continued to play and he appeared on a handful of commercial recordings.
After being busted several times and spending more than 10 years trying to kick drugs, Pass entered the Synanon Center in California. After 15 months in Synanon Joe Pass made his famous Sounds of Synanon (1961) recording with Arnold Ross, another Synanon resident. Following this recording Pass worked in the Los Angeles studios for more than 10 years before he signed with the Norman Granz’s Pablo label. It was with this label that Pass made many of his most essential recordings, including his famous Virtuoso series.
In the Virtuoso series of solo guitar recordings Joe Pass redefined solo guitar playing. His complete mastery of finger style playing brought a new depth and complexity to solo guitar. These solo recordings and his solo concerts made him famous. He was consistently listed in the jazz polls year after year mostly based on the success of his solo work. During this same period at Pablo he recorded a set of records with Ella Fitzgerald on which he provided accompaniment with his solo guitar. These recordings remain some of the very best examples of vocal accompaniment with the solo guitar.
It was with the solo guitar that Joes Pass had his greatest influence, but he was also one of the best small group (Live At Donte’s) ensemble players of his time. Throughout the 1970’s, 1980’s and 1990’s Joe Pass recorded several important jazz recordings with some of the best jazzmen of the time. He recorded with Oscar Peterson (The Trio), Conti Candoli (Better Days), Chet Baker (A Sign Of The Times), J.J Johnson (We’ll Be Together Again), Duke Ellington (Duke's Big Four) and most of the best west coast jazz players. He formed a special relationship with John Pisano and together they made a number of recordings that were showcases for Joe Pass’ amazing prowess as a soloist and Pisano’s amazing abilities as a rhythm player. Joe Pass rose to prominence as a jazz guitarist on the strength of his solo playing, but his total discography describes a complete musician able to perform in any venue.
In 1947 – 1950 when Joe Pass was in New York, players like Billy Bauer, Bill DeArango and Johnny Smith were the top players in the studios and on the local jazz scene. While they were making jazz guitar history Joe Pass was consumed by drugs and dropped out of sight for 12 years. But, with his enormous talent, Joe Pass still found his rightful place as one of the greatest jazz guitarists of the 20th century. (Source: Classic Jazz Guitar)