Back In Black (Remastered) AC/DC 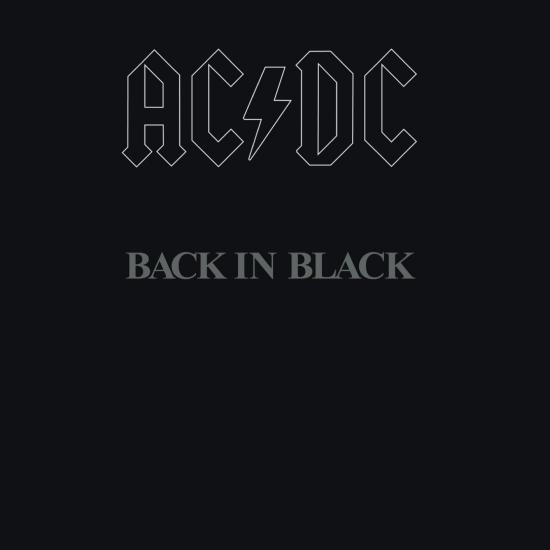 Info for Back In Black (Remastered)

The sixth-biggest-selling album in U.S. history! The Brian Johnson era started with a bang: You Shook Me All Night Long; Back in Black; Hells Bells ...absolutely required rock!
After the commercial breakthrough of their 1979 album Highway to Hell, AC/DC was planning to record a follow-up, but in February 1980, Scott died from alcohol poisoning after a drinking binge. Instead of disbanding, they decided to continue on and recruited Johnson, who was previously vocalist for Geordie.
The album was composed by Johnson, Angus and Malcolm Young, and recorded over seven weeks in the Bahamas from April to May 1980 with producer Robert John "Mutt" Lange, who had worked on their previous album. Following its completion, the group mixed Back in Black at Electric Lady Studios in New York City. The album's all-black cover was designed as a "sign of mourning" for Scott.
As their sixth international studio release, Back in Black was an unprecedented success. It has sold an estimated 50 million copies worldwide. It is one of the best-selling albums in music history. The band supported the album with a yearlong world tour, cementing them among the most popular music acts of the early 1980s. The album also received positive critical reception during its initial release, and it has since been included on numerous lists of "greatest" albums. Since its original release, the album has been reissued and remastered multiple times, most recently for digital distribution. On 9 December 2019, it was certified 25x Platinum by the Recording Industry Association of America (RIAA).
"The first sound on Back in Black is the deep, ominous drone of church bells -- or "Hell's Bells," as it were, opening the album and AC/DC's next era with a fanfare while ringing a fond farewell to Bon Scott, their late lead singer who partied himself straight to hell. But this implies that Back in Black is some kind of tribute to Scott, which may be true on a superficial level -- black is a funeral cover, hell's bells certainly signify death -- but this isn't filled with mournful songs about the departed. It's a more fitting tribute, actually, since AC/DC not only carried on without him, but they delivered a record that to the casual ear sounds like the seamless successor to Highway to Hell, right down to how Brian Johnson's screech is a dead ringer for Scott's growl. Most listeners could be forgiven for thinking that Johnson was Scott, but Johnson is different than Bon. He's driven by the same obsessions -- sex and drink and rock & roll, basically -- but there isn't nearly as much malevolence in his words or attitude as there was with Scott. Bon sounded like a criminal, Brian sounds like a rowdy scamp throughout Back in Black, which helps give it a real party atmosphere. Of course, Johnson shouldn't be given all the credit for Back in Black, since Angus and Malcolm carry on with the song-oriented riffing that made Highway to Hell close to divine. Song for song, they deliver not just mammoth riffs but songs that are anthems, from the greasy "Shoot to Thrill" to the pummeling "Back in Black," which pales only next to "You Shook Me All Night Long," the greatest one-night-stand anthem in rock history. That tawdry celebration of sex is what made AC/DC different from all other metal bands -- there was no sword & sorcery, no darkness, just a rowdy party, and they never held a bigger, better party than they did on Back in Black." (Stephen Thomas Erlewine, AMG)
Brian Johnson, vocals
< Angus Young, lead guitar
< Malcolm Young, rhythm guitar, backing vocals
< Cliff Williams, bass, backing vocals
< Phil Rudd, drums
Produced by Robert John "Mutt" Lange
Digitally remastered