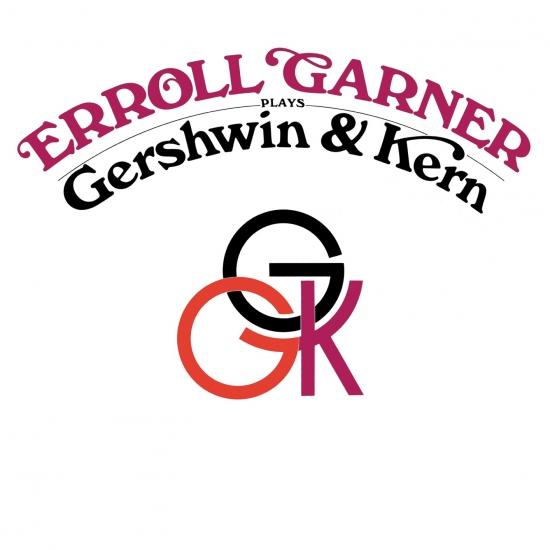 In his original 1976 liner notes, concert impresario George Wein concluded fittingly, “To put it simply, Erroll Garner is a great musical genius.” On this final album released during Garner’s life, he shows yet again his complete mastery of his instrument and his unmatched ability to interpret songs and make them his own. This newly restored album includes a previously unreleased Garner original, worthy of the two composers to which this album is dedicated.
"Errol Garner Plays Gershwin and Kern is a reissue of material previously issued in Europe on Bulldog, MPS and Polydor...Either way, the material is quite excellent, often adventuresome and some of his best studio sides. Included here from 2/5/68 and never issued before is a brief "Nice Work If You Can Get It" with Garner singing along to himself -- it's a wonderful gem of a private moment. Backup is Eddie Calhoun or Ike Isaacs on bass, Kelly Martin or Jimmie Smith on drums and Jose Mangual, congas. This was the first domestic issue of this material." (Bob Rusch, AMG)
Erroll Garner, piano
Digitally remastered

A New Kind of Love (Remastered)

Erroll Garner
is one of the most distinctive pianists of the jazz genre. Other than Thelonious Monk, no one is more identifiable or harder to imitate. A self-taught virtuoso, Garner devised a solo style that eliminated rhythm accompaniment. His hands worked totally independent of each other. With block chords he set the rhythmic tempo in his left hand, and with his right, he embellished on the tune, taking liberties with melody and time, often lagging behind the beat. Some jazz purists dismissed him because he maintained his style throughout his career and enjoyed popularity unknown to most jazz artists. But Garner’s interpretive abilities and technical superiority cannot be denied.
He made frequent TV appearances, toured five continents, fronted major symphony orchestras, and composed film scores. His compositions were for jazz piano, but in 1962, when Johnny Burke added lyrics to “Misty,” Garner’s 1954 tune soared in popularity and entered the jazz standard repertoire.
Garner began his professional career at seven, playing with the Candy Kids, and at 16 he joined the Leroy Brown band. In 1944-45 he played in a trio with bassist Slam Stewart and guitarist Tiny Grimes before setting off on his solo career.
During the ‘60s Garner established his own record label. These LP’s have been reissued on CD by Telarc and reveal Garner’s sense of humor. The title cut of That’s My Kick is a new composition based on the changes of “I Get a Kick Out of You”; the lounge set song, “More,” is remade into a burner; and Garner makes “Tea for Two” fresh, playing with the time against bongo accompaniment, and alternating between piano and harpsichord. Still, Concert By The Sea (1955) is the epitome of his artistry.
His older brother Linton, who died in 2003, was also an accomplished pianist, based in Vancouver, B.C. (Sandra Burlingame)