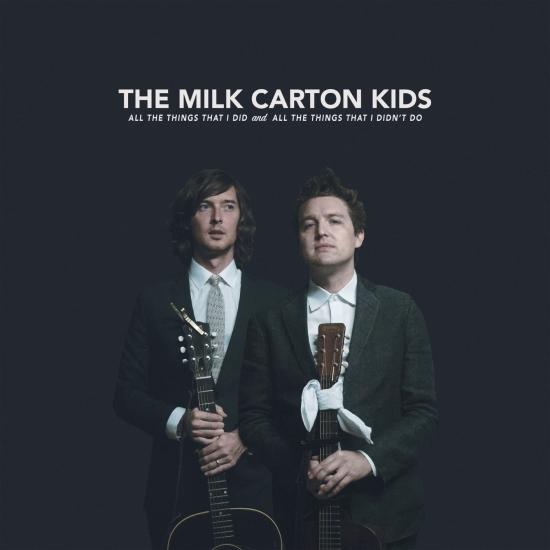 The Milk Carton Kids’ fifth album , All the Things That I Did and All the Things That I Didn’t Do arrives from ANTI- Records on June 29. The new project marks the first time that acoustic duo Joey Ryan and Kenneth Pat- tengale have brought a band into studio with them. “We wanted to do something new,” Pattengale says. “We had been going around the country yet another time to do the duo show, going to the places we’d been before. There arose some sort of need for change.” “Musically we knew we were going to make the record with a big- ger sonic palette,” says Ryan. “It was liberating to know we didn’t have to be able to carry every song with just our two guitars.” “Sometimes in singing, we’ll switch parts for a beat or a bar or a note,” Ryan says. “And things start to obscure what is the melody and what is the supporting part.” A third presence rises out of their combined voices. “There are only so many things you can do alone that al- low you to transcend your sense of self for even a short period,” Pattengale says. “I’m the lucky recipient of a life in which for hundreds of times, day after day, I get to spend an hour that is like speaking a language only two people know and doing it in a space with others who want to hear it.”
The Milk Carton Kids 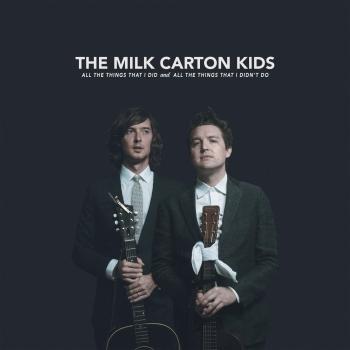 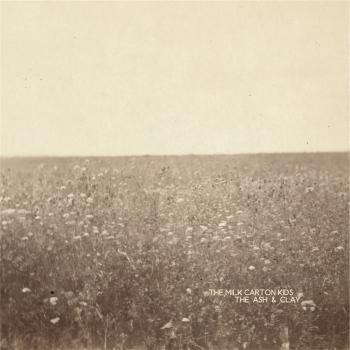 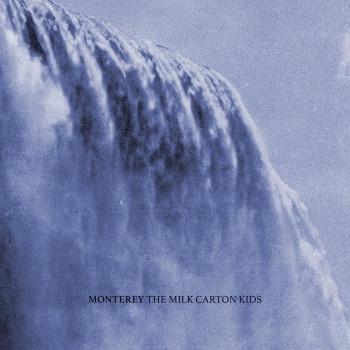 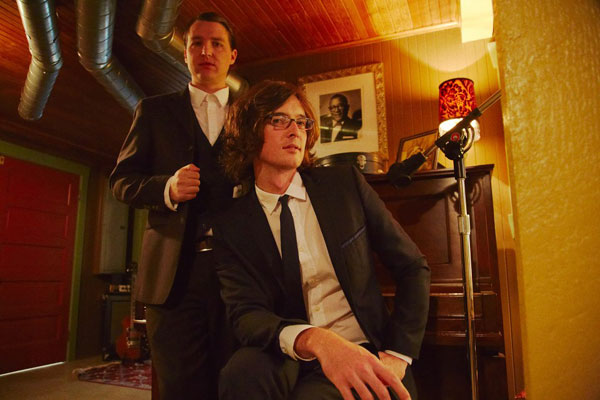 The Milk Carton Kids are a contemporary folk duo from Los Angeles, California. Kenneth Pattengale and Joey Ryan formed the group in early 2011, shelving their solo careers in favor of a collaborative project that focused on harmonized vocals, entwined acoustic guitars, and rootsy songwriting. From the very beginning, the Milk Carton Kids worked fast, releasing a live album (Retrospect) in March 2011 and returning three months later with their full-length studio debut, Prologue. Both recordings were released for free via the band's website. The guys toured heavily, too, pulling double duty as Joe Purdy's opening act and backing band during a spring 2011 tour before launching a headlining tour of their own after Prologue's release.
Despite earning comparisons to Simon & Garfunkel, the Civil Wars, and the Everly Brothers, the Milk Carton Kids' minimalist, down-home material had more in common with Gillian Welch and David Rawlings' duets. As a result, Pattengale and Ryan smartly marketed themselves to the Americana crowd. After closing out 2011 with a performance on NPR's roots rock concert program, Mountain Stage, the two spent most of 2012 on the road with other folksy acts, including Old Crow Medicine Show and the Lumineers.