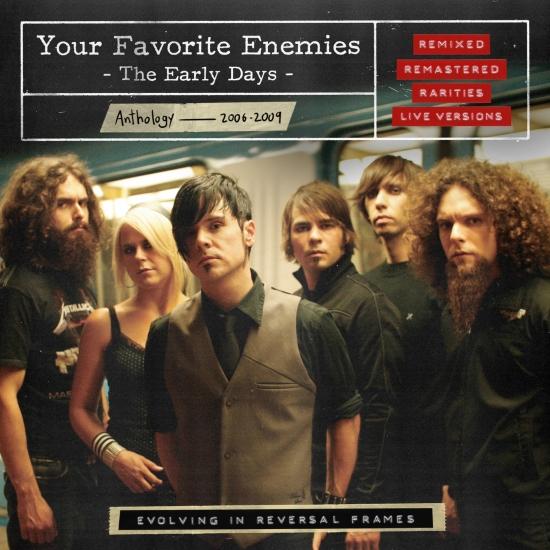 15th anniversary: Your Favorite Enemies' distinctive blend of dirty and polished type of sonic textures, along with their introspective poetry and symbolist type of lyrical approach gathered fanatics from all different musical backgrounds into a defining communion of high level noise, post-punk, psych, shoegaze and prog rock.
Well known for their old school DIY dedicated ethos, for being fierce human rights advocates and for their insanely unique scenic let go type of live performances, the six members of the band devote every aspect of their career based on their community values.
Sonically twisted, lyrically juxtaposed symbolistic and creative polemics are amongst the few aspects that make Your Favorite Enemies one of the most exciting, intriguing and artistically fascinating ventures to emerge on the musical front scene over the last couple of years.
Your Favorite Enemies
Digitally remastered 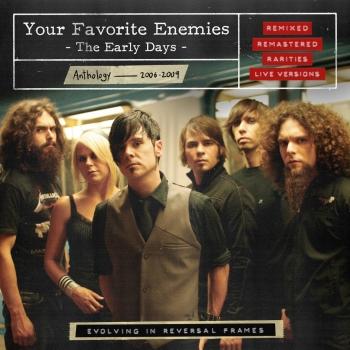 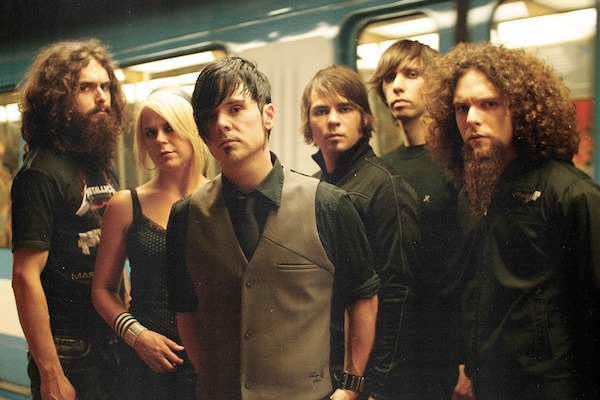 Your Favorite Enemies
is a Montreal rock band formed in 2006 by Alex Foster (vocals), Jeff Beaulieu (guitar), Sef (guitar), Ben Lemelin (bass), Miss Isabel (keyboard), and Charles “Moose” Allicie (drums). From the very first moment of the band’s creation, the sextet decided to resolutely manage every aspect of the band’s career based on their community values and their dedicated “do it yourself” ethos. Influenced by the likes of Sonic Youth, Fugazi, The Cure, Pixies, My Bloody Valentine, and Mars Volta, the band’s distinctive blend of dirty and polished type of dissonant sonic textures along with their introspective poetry and symbolist type of lyrical approach quickly gathered fanatics from all over the world. These devoted fans immediately started promoting Your Favorite Enemies through the creation of different street teams and fan communities. […]
On July 4, 2017, Your Favorite Enemies released “A Journey Beyond Ourselves”, the complete story of “Between Illness and Migration”. Debuting in 2012 with the initial recording of the album taking place in a former catholic church that the band transformed into a professional studio, the project covers the 5 releases of the album in 5 different versions (Japan, Australia, Canada, Europe, and India) and the deluxe version of the album, “Tokyo Sessions”, released June 2016. Considered the definitive incarnation of the journey, the latest album vividly represents what “Between Illness and Migration” has been and is now offered on vinyl for the first time. […]