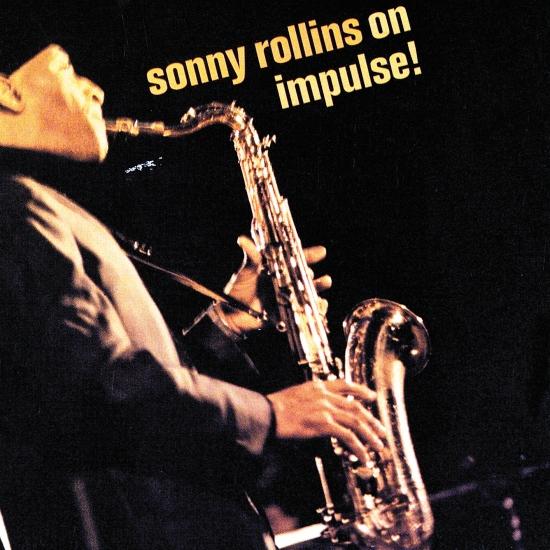 Info for Sonny Rollins On Impulse!

Sonny Rollins made some excellent recordings for Impulse! in the mid-1960s, a time when his unassailable skills and acrobatic approach made him a leading saxophonist, and one of the few to rival John Coltrane.
„On Impulse!“ has only five tracks, but each tells the complex, glorious story of Rollins's talent, especially in the stretched-out solos where his knack for inventively, endlessly de- and re-constructing melodies is evident. 'On Green Dolphin Street,' 'Everything Happens to Me,' and 'Three Little Words' are among the standouts on this collection.
'...Here [Rollins'] work has tremendous buoyancy and great continuity....Ray Bryant, Walter Booker and Mickey Roker provide him with with vigorous, intelligent accompaniment. Bryant's graceful complex solos deserve considerable praise and attention...' (JazzTimes)
Sonny Rollins, tenor saxophone
Ray Bryant, piano
Walter Booker, bass
Mickey Roker, drums
Recorded 8 July, 1965 at Van Gelder Studio, Englewood Cliffs, New Jersey
Engineer Rudy Van Gelder
Producer Bob Thiele
Digitally remastered