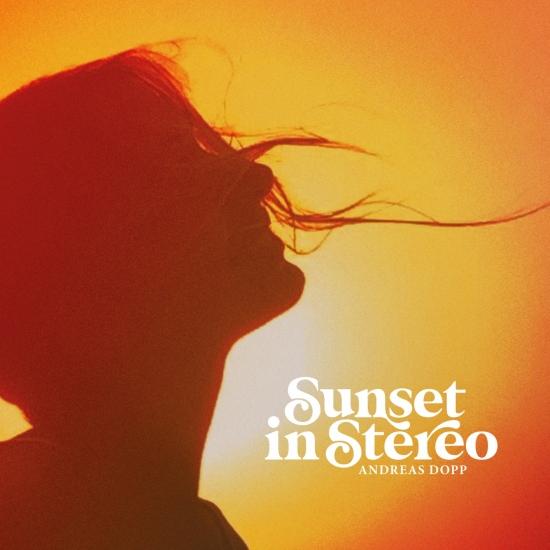 Info for Sunset in Stereo

In Sunset in Stereo, Andreas Dopp recasts the melodic guitar sound of the early ‘70s in a fusion of urban beats and shimmering soundscapes. The album’s musical snapshots lead the listener along a dreamy and evocative path of reminiscences and imagery stretching from sun-dappled rocks to the horizon. On each track, different facets of Dopp’s personality and skill shine through – composer, producer, and superbly expressive performer.
Picture yourself at the beach in summer. The evenings are sultry, and the most beautiful spot at midnight is a solitary outcrop overlooking the bay. The scent of wildflowers blends with spices from an outdoor feast, and the cicadas usher in a gentle breeze off the ocean. The sounds of a distant club or beach party intermingle with recollections of the preceding days – a flickering mirage of sun, heat and water.
These are some of the moods evoked by Hamburg-based guitarist Andreas Dopp on his new album Sunset in Stereo – and the pieces were composed while visiting the island of Ibiza. Rays of Spanish sun stream into each of the twelve original instrumental tracks. The refined guitar playing and elegant grooves are simultaneously personal and accessible, and never revert to the incidental.
Sunset in Stereo draws much of its inspiration from the timeless and carefree spirit of the late ‘60s and early ‘70s. Guitar fans will notice Andreas’ fondness for the sounds of that era, strong traces of guitarists Peter Green and Pat Metheny, along with hints of tracks such as Albatross and Samba Pa Ti. After rhythmically-floating intros, the listener often lands on a classy four-on-the-floor pulse, encounters sophisticated piano stylings, or is engulfed in shimmering ‘80s soundscapes.
While the music embodies all these elements, it also looks to the future. Andreas concisely arranges and varies the different elements to achieve rich and lively textures – rendered complete by the weaving and soaring solo guitar. The result successfully conveys the listener to exotic places where attractive sights and sounds await. Sunset in Stereo as album is a self-contained and blissful oasis.
To make his musical vision a reality, Andreas draws on the expertise of many musicians he works with on a regular basis in live performances and in the studio. In parallel to this, he is active as composer and producer, and his experience working on film soundtracks shines through in the conceptualisation and realisation of his own solo instrumental works.
Andreas Dopp 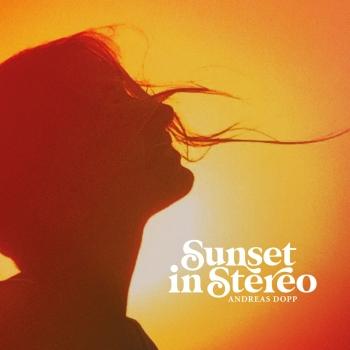 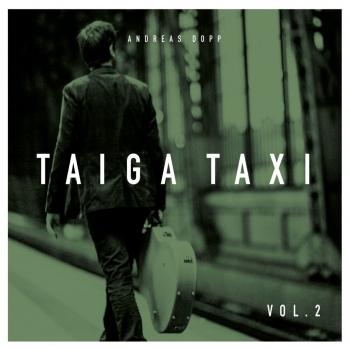 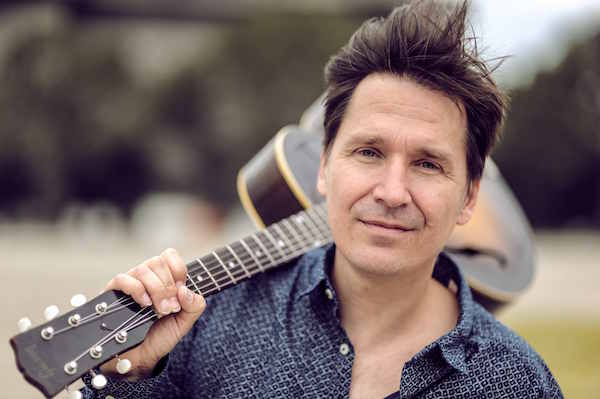 Andreas Dopp
is a versatile, seasoned thoroughbred musician: club concerts and tours, studio sessions, theater and musicals are in his CV. Among other things, he was a longtime member of the Ina Müller band and played concerts with Annett Louisan. He played in the Best of The Threepenny Opera with Dominique Horwitz and most recently as a permanent member in his Jacques Brel program. Andreas writes music for Reinhold Beckmann and plays guitar in his band. As a studio musician he played for numerous film scores, most recently for The Physician.
Perhaps it is because of the immense recognition he already has from his copious engagements that for his first album Andreas entirely avoided a demonstration of his virtuoso skills on the guitar and instead demonstrated his abilities as a composer and arranger. The album sounds mature, the melodies are catchy without in the least being trite, and every time you listen you discover precious new details. Taiga Taxi takes us on a wonderful journey through the inscape.