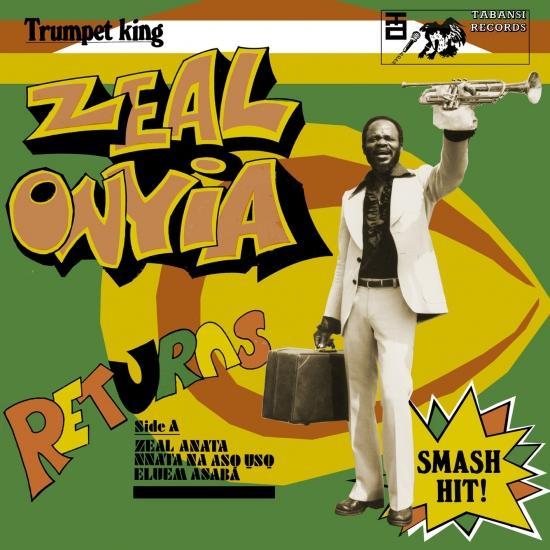 ‘The highlife hep cat of Nigerian jazz trumpet’. Thus spake Louis Armstrong upon hearing Zeal Onyia’s inimitable tone, rhythm and sheer breath-power. One of the founders of West African highlife in both Ghana and Nigeria, Zeal played Ellington-style swing and dance with Bobby Benson in the 40s, classic highlife with ET Mensah in the 50s and provided stiff competition for Fela Kuti’s first band as a small-jazz combo leader in the early 60s. After studying classical music in Germany for most of the 70s, he returned triumphantly to Lagos in 1979, where he promptly recorded these six memorable tunes with the Tabansi Studio Band. From the village-party vibe of ‘Zeal Anata’ to the instrumental workout ‘Egwu Olili’, every one of the tracks is a winner. The LP remains one of the most in-demand old-school Igbo-highlife sessions of all time, both in Nigeria and elsewhere, the original vinyl being devilishly hard to find in ANY condition, let alone playable! As part of its ongoing Tabansi Gold reissue series, BBE Music brings you the first ever reissue of this historic record, from the original source, on HighResAudio. In Nigeria, the Igbo people call this style ‘Agadi-Akwukwo’- ‘old-school’. And they have as much love and respect for it today as they did all those decades ago.
The first in a major series of reissues from pioneering Nigerian label Tabansi. Zeal Onyia was described by Louis Armstrong as ‘The highlife hep cat of Nigerian jazz trumpet’. A super-rare and highly prized album, reissued for the very first time with original artwork and liner notes from John Armstrong.
Zeal Onyia, trumpet
Digitally remastered 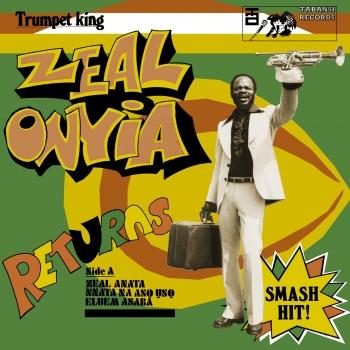