All These Things Thomas Dybdahl 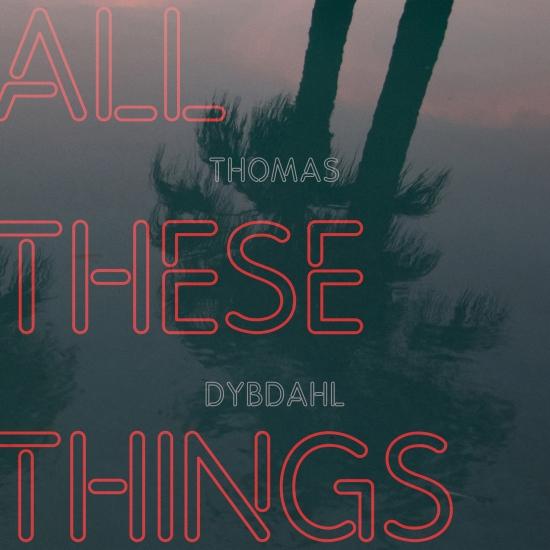 Info for All These Things

To record his new album, Thomas Dybdahl traveled from his homeland of Norway to balmy Los Angeles, and over just three days cut a freshly written collection of nine original songs live at Sunset Sound with producer Larry Klein and a jaw-dropping cast of musicians. The result is ‘All These Things,’ a mysterious and sensual swirl of gorgeously crafted songs that linger like smoldering embers. This is Thomas’ second U.S. release of new, original songs, and a continuing partnership with GRAMMY-winning producer and legendary bassist Larry Klein (Herbie Hancock, Joni Mitchell). The album also features a duet appearance (and backing vocals) by musician/songwriter Lera Lynn (HBO’s True Detective), and was mixed by Tchad Blake.
Thomas and Larry Klein quickly realized their kindred spirit relationship while assembling 2011’s ‘Songs’ (Decca), which received glowing reviews from the NY Times, NPR and beyond. They joined forces again for 2013’s ‘What’s Left Is Forever,’ which nabbed Thomas his first GRAMMY nomination. James Gadson (drums – The Temptations, Bill Withers), Dean Parks (guitars – Steely Dan, Michael Jackson), Patrick Warren (keys – Bob Dylan, Bruce Springsteen), Dan Lutz (bass), Brian MacLeod (drums – Madonna, Sheryl Crow) and David Baerwald (guitar – Sheryl Crow, Joni Mitchell) comprise the main band on ‘All These Things.’
‘All These Things’ clicks into high gear from the downbeat of the title track. A tight drum and bass groove and Thomas’ bedroom whisper, colored with pops of grimacing blues guitar and Hammond B3 squelches. The album ranges from the tear-jerking twang of “When I Go” to the delicately wistful rock n’ roll of “Lifeline” and “Can I Have It All,” always intimate and airy. Atmosphere is central to the experience – “The Longest Night” even starts with the chirp of crickets and a match being lit.
Dybdahl is a pop star in his home country and has released a string of radio hits and #1 albums there. He’s been referred to as “Norway’s answer to Nick Drake” (NME), praised by Elvis Costello, compared to Bon Iver by the NY Times and profiled by the LA Times. The NY Times has said that "each song has the delicate suspense of a drawn breath," and the Washington Post deemed him “one of the best singers of the last 10 years.” He’s received years of support from KCRW and his music was included in the ‘House of Lies’ television series soundtrack.
Thomas Dybdahl, vocals, guitar
Producer Larry Klein 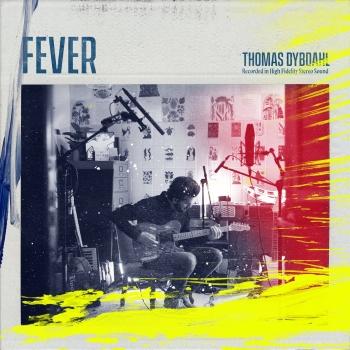 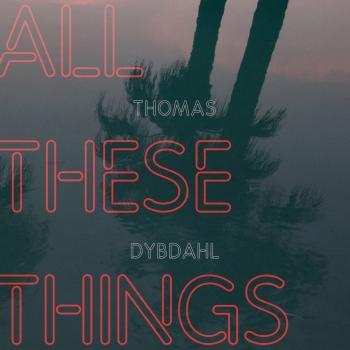 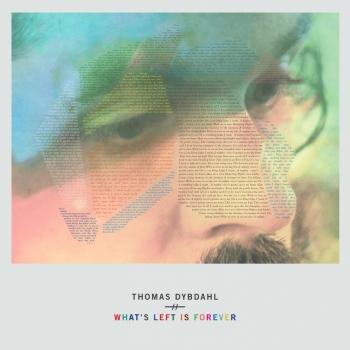 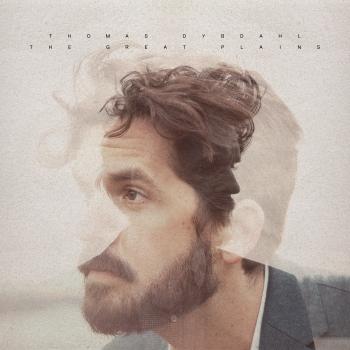 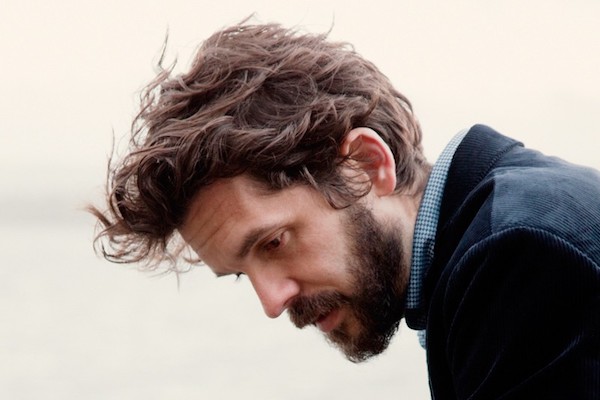 Thomas Dybdahl
As is often the case with distinctive endeavors, the creative path of Thomas Dybdahl -- the 37-year-old guitarist, singer, songwriter, and native of Sandnes, Norway -- has been, for nearly a decade, all his own.
“I’ve taken an eclectic approach,” Dybdahl says. “I’ve sought to draw influences from the whole spectrum of music -- not only from songwriters and singers but also from contemporary and classical music. I am always trying to infuse my work with all these different influences so that I don’t limit myself, or listeners, to the notion of being just another guy with a guitar.”
As he knows well, several of those strum around, and Dybdahl in one sense is yet another. But on ‘Songs’ -- his U.S. debut, released via Decca Records/Universal on Strange Cargo, an imprint overseen by the renowned musician and producer Larry Klein, whose past close musical associations include Joni Mitchell, Tracey Chapman, Madeleine Peyroux, and others -- Dybdahl distinguishes himself with fire and finesse. The tracks serve as a great introduction for American listeners to the five albums (2002’s ‘...that great October sound’; 2003‘s ‘Stray Dogs’; 2004‘s ‘One Day You’ll Dance for Me, New York City’; 2006’s “Science’; and 2010’s ‘Waiting for that One Clear Moment‘) for which Dybdahl has received steady acclaim internationally and won two Norwegian Grammys.
These are the romantic, introspective, out-going, hum-worthy, adventurous tunes of a guy who once, with characteristic honesty, cited the Mozart Requiem as his favorite piece of music but who laughs off any art-rock ideas of literally trying to reinvent the pop song from a classical music vantage point. For Dybdahl, who grew up playing guitar for hours daily and loved first Metallica and later Led Zeppelin and Jimi Hendrix, it’s all music.
A flexible, carefully detailed melodicism animates Dybdahl songs like “Cecilia” and “B.A. Part,” while other songs, such as “From Grace” and “The Great October Sound,” move that same well-founded sense of melody composition into comparatively more ecstatic and less kinetic states. Dybdahl, whose lustrous tenor behaves with an idiomatic ease, does not believe that only anger is an energy : “I try to find that force,” he says, “that comes from always keeping my calm, from actually holding back. I try to get something out of this implosion -- the opposite of a good rock and roll explosion.”
Dybdahl hails from the land of pop. “I love pop composition,” he says. “What I don’t like is when pop gets used in a reductive manner. Some of the best pop artists and pop records I know come from all kinds of backgrounds and music yet they have firm grips on and understand the pop format. Even though a song may be a pop song and even though it may go on the radio, it can still offer something for the ages; it can happen with the most pop of pop songs. This means something beyond defining the time or trend; it’s accomplished in fusion with history and duration.”
Dbydahl cites an array of inspirations; albums such as Tim Buckley’s ‘Happy Sad’ (1969), Colin Blunstone’s ‘One Year’ (1971), and Serge Gainsbourg’s ‘Histoire de Melody Nelson’ (1971), he believes, stand as examples of music that sacrifices nothing. Dybdahl’s varied sources has meant that his own music can attract equally diverse admirers, from electronica pioneers Morcheeba, who asked him to sing on one of their albums, to designer Philippe Starck, who cites Dybdahl’s music as an inspiration, to photographer Jean-Baptiste Mondino, who shot the cover for ‘Science’, a Starck design.
According to Dybdahl, a chief reason his music turns out as it does is because of his experience with his initial instrument. “I see myself first and foremost as a guitarist,” he says. “That’s where my musicality started. There’s just no getting away from how if one is a guitarist then one thinks musically as a guitarist. As you evolve, you may go on, as I did, to singing as well, however you have started as a guitarist. You’re still approaching music through the guitar, and that has to carry some weight. It makes for some interesting choices along the way, melodically and structurally, because whatever you approach -- singing, other instruments, songwriting -- the work continues to come from the mind of a guitarist. That is controlling.”
A galloping range of influences like Dybdahl’s requires something to pull everything into persuasive wholes. “As a person,” he says, “I’m very focused on balance; everything has to be balanced. It’s all about balance and composition. You might even call it symmetry, even though a good composition doesn’t necessarily need to seem symmetric. As you grow older, though, you see that the need to balance all these things infuses all your choices, and how you want to do things.”
‘Songs’ is an often mesmerizing demonstration of how Thomas Dybdahl does things. It is the sound of how one gifted Norwegian connects with a million other sounds, impulses, colors, and emotions, all assembled with particular sonic poise that always grooves, never overwhelms.

Booklet for All These Things