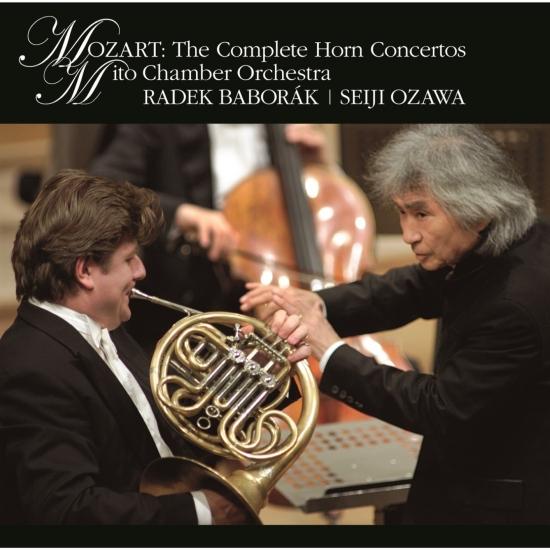 Seiji Ozawa and Mito Chamber Orchestra also co-starred in the first part of the Mozart series, the Concerto Symphony. This is a regular live recording of 2005 and 2009. You can enjoy exquisite ensemble in addition to Baborak masterpieces.
The horn player and conductor Radek Baborák is one of the world’s leading figures in classical music. His successful career spanning more than twenty-five years has led him to concert halls across the world, where he has appeared alongside famous conductors such as Daniel Barenboim, Simon Rattle, Neeme Jarvi and Seiji Ozawa, with whom he recorded Mozart’s complete horn concertos for Sony. Radek Baborák is also currently Ozawa’s assistant in the Mito Chamber Orchestra, which he has appeared with at many festivals including the Martha Argerich Festival. Radek Baborák can look forward to many attractive engagements in the 2018—2019 season including conducting the Czech Radio Symphony Orchestra at a gala concert to commemorate the anniversary of the republic and the reopening of the National Theatre, and his debut with the Vienna Philharmonic, where he will perform under the baton of Daniel Barenboim. Radek Baborák has been solo horn for the PKF — Prague Philharmonia, the Czech Philharmonic, the Munich Philharmonic and the Berlin Philharmonic. He formed and is the artistic director of the Baborak Ensemble, he is a member of the Afflatus Quintet and collaborates with the Berlin Baroque Soloists. He has received numerous awards including ‘the Grammy Classic Award‘ (1995).
Radek Baborak, horn
Mito Chamber Orchestra
Seiji Ozawa, conductor 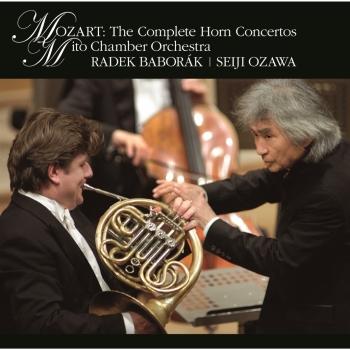 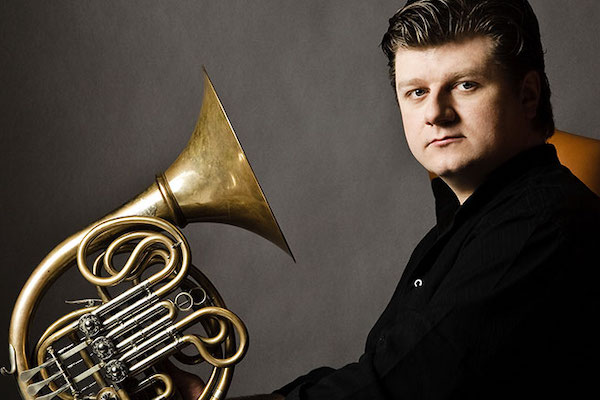