UK rockers Saxon release their 21st album entitled „Battering Ram“. The release sees the band return to their NWOBHM roots and builds on their previous heavier releases in recent years but with more of a classic sound.
With Biff Byford singing as well as he ever has, Paul Quinn and Doug Scarratt making full use of the term ‘shredding’ with their guitars and the lock-steady rhythm of Nibbs Carter’s bass and Nigel Glockler’s drums, the future and the past crash together in an ear-scintillatingly engaging, raucous, melodic-yet-classically heavy ten songs collection which will instantly be hailed as a Saxon classic. The title track, with its delectable twin guitar assault heralding the album’s commencement, gives the listener an instant crack around the chops, whilst traditionalists will be delighted to hear such a perfect marriage of old, classic Saxon with the newer, fresher invective in such riff-fronted fare as “Destroyer” and “Stand Your Ground”, but there are still moments of space and exploration which fans will love. “This one’s a natural progression from Sacrifice,” says Byford, “There’s a bit less rock’n’roll and a bit more ‘heavy’ on it. We wanted to keep focused on a style rather than moving around too much.”
Produced by Andy Sneap (Megadeth, Testament, Exodus Accept) at his Backstage Recording Studios in rural Derbyshire, Saxon were able to hone in and whittle down any excess, finding the sonic space and balance to let Battering Ram's riffs and melodies get the necessary space to scream front and center.
Saxon have once again established their rightly-venerated credentials as Kings and vanguards of heavy metal music.
'Some of it is quite brutal, but there's quite a lot of melodic stuff on there as well. Every SAXON album is different to the one before because we like to entertain people and we don't really like to write the same song all the time.' (Biff Byford)
Biff Byford, lead vocals
Paul Quinn, guitar
Doug Scarratt, guitar
Nibbs Carter, bass
Nigel Glockler, drums
Additional musicians:
David Bower, vocals
Produced by Andy Sneap 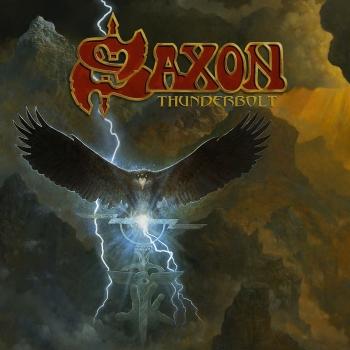 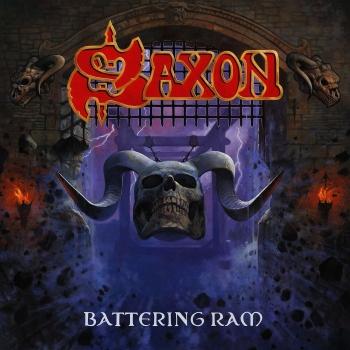 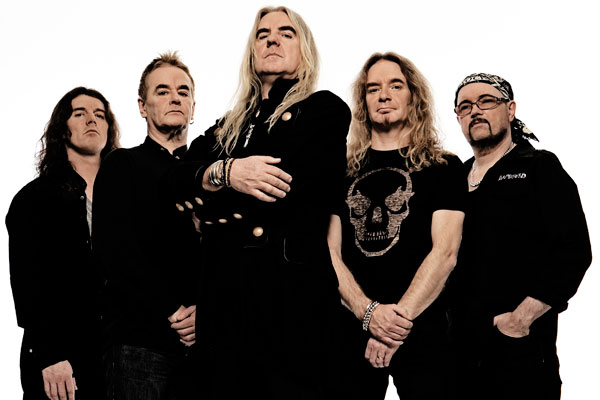 Saxon
After more than 35 years and 13 million albums sold worldwide, Saxon are still relentless and passionate as they were back in the days of 'Wheels of Steel' and 'Denim and Leather'. The influential heavy metal outfit has been an inspiration for the likes of Metallica and Megadeth and a front-runner for the New Wave of British Heavy Metal sweeping the nation in the late 70s-early 80s.
Somewhere around South Yorkshire, UK there was a band that started life as SOB during 1976 with founder members Graham Oliver and Steve Dawson. This band joined forces with another local band, Coast, featuring Biff Byford on vocals and Paul Quinn on guitar. The two bands then finalised with a line-up comprising of the then 26 year old Graham 'Oly' Oliver, Steve 'Dobby' Dawson (27), Paul 'Blute' Quinn (26), Pete 'Frank' Gill (27) and Peter 'Biff' Byford (27). The name of the band was Son Of A Bitch. That name was dropped a few years later and the band re-christened themselves SAXON. They were at this time playing the usual rock clubs and concert gigs supporting The Ian Gillan Band and Heavy Metal Kids, amongst others, playing all their own material. Demo tapes were recorded at Tapestry Studios, with producer John Verity (Ex. Argent singer/guitarist). They hawked these round the usual record companies only to be ignored as the New-wave was at its height at this time. After a few months the band finally gained a favourable reaction from EMI man Peter Hinton. He had come up to Barnsley to see the band play at the town's Civic Hall. He was very impressed and recommended SAXON to Claude Carrere as candidates for his new label on the British scene, Carrere Records. Claude decided to offer them a contract, after hearing the band's demo tapes. List: www.saxon747.com