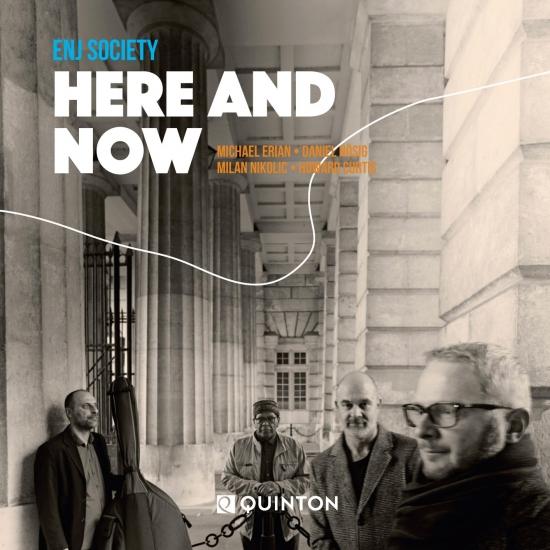 Info for Here and Now

The combination of tenor saxophone and trumpet has a long tradition in jazz. In order to explore the sound of these two instruments as purely as possible, this instrumentation does without "harmonic accompaniment" by piano or guitar. The sound is reduced to the four voices of trumpet, saxophone, double bass and drums and offers a special charm and open sound through its simplicity. The compositions are largely penned by Nösig and Erian and reflect the approach to improvised music of the two, who are united not only by their Carinthian origins, but also by the years they spent studying together in Holland. The styles range from free improvisation to bop to folk-inspired pieces and rubato parts. While the quartet ENJ looked backwards in their first album production "The One's Before Us", the current production deals with the present, i.e. with the here and now.
Erian Nösig Jazz Society:Daniel Nösig, trumpet
Michael Erian, saxophone
Milan Nikolic, bass
Howard Curtis, drums 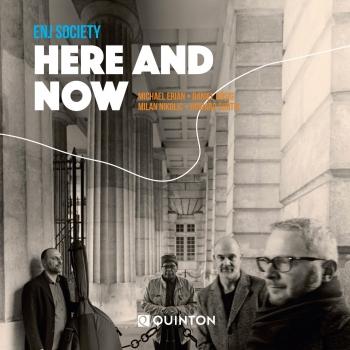 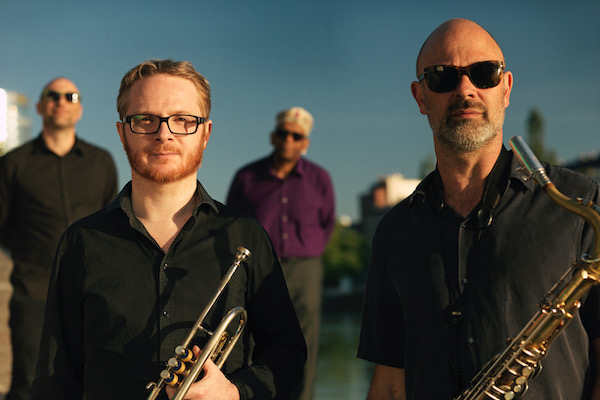 Daniel Nösig
was born 25th of November, 1975 in Zams/Tirol, Austria.
He first studied with Prof. Alois Vierbach at the MS in Feldkirchen in Karinthia, Austria and continued to study at the Conservatory Klagenfurt with Prof. Lee Harper. He than moved to the Netherlands and graduated at the Royal Conservatory in The Hague with Jarmo Hoogendijk, Erik Vloeimanns and Ack van Roojen.
May 2000 he received the award „master of music“ at the Royal Conservatory The Hague, with a special comment by the Jury on his great musical sensibility.
2001 Daniel Nösig moved back to Austria and became one of the most demanded trumpeters of the austrian and international jazz-scene.
Daniel Nösig worked together with international stars, like Joe Zawinul, Sam Rivers, Adam Nussbaum, Karl Ratzer, Lori Williams, Philip Catherine, Bill Evans, Randy Brecker, Danny Grissett, Vicente Archer, Miles Griffith, Gregory Hutchinson, Andy Middleton, Josh Ginsburg, Jure Pukl, Rudy Royston, Michel Godard, Fritz Pauer, Ben Monder, Michael Erian, Rob Bargad, Jonathan Blake, Philip Harper, Adrian Mears, Don Menza, Marianne Mendt, Jake Hanna, …
Daniel Nösig is on great demand for radio and tv- shows throughout the world!
He has played at international Jazz Festivals in The Netherlands, Denmark, England, Canada, Kolumbia, Germany, Switzerland, Slowenia, Republic of Kosovo, Serbia, Bosnia-Herzegowina, Poland, China, Spain, …