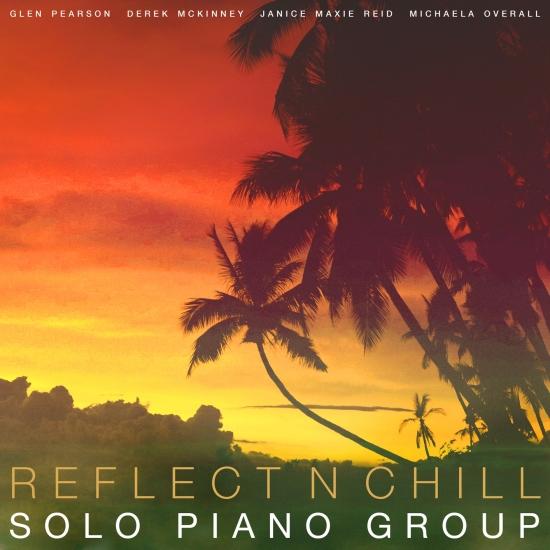 Assembled by Producer Atron Gregory, Solo Piano Group presents a series of relaxing recordings by world renowned pianist and composers. The first set of releases from Solo Piano Group features pianist Glen Pearson, Derek McKinney and Janice Maxie Reid.
Launched in March 2020, the Northern California based SOLO PIANO GROUP presents a series of relaxing recordings by world renowned pianists and composers from across the globe. SOLO PIANO GROUP has released 2 full length albums, ‘Mellow Moods’ and ‘Reflect N Chill’ and a number of digital singles. Songs from SOLO PIANO GROUP are already featured on dozens of Spotify playlists, as well as international curated playlists and have found placement on the series “5th Ward”.
Atron Gregory has a diverse and extensive resume as a tour and artist manager, A&R executive and executive producer. From selling albums out of the back of his car with Kru’ Cut Records, to executive producing Stanley Clarke’s last two albums, ‘The Message’ (2018) and ‘Up’ (2014), 2020 marks the launch of Gregory’s latest project, SOLO PIANO GROUP.
Gregory was part of the growth of west coast Hip-Hop from both a business and creative perspective, ultimately founding TNT Recordings and Management known for Grammy nominated artist Tupac Shakur and the pivotal hip-hop group Digital Underground. Gregory also manages the catalogs of Johnny “Guitar” Watson and FGW Productions, a content creation company whose clients include Universal Pictures, Warner Bros., Paramount and Disney.
SOLO PIANO GROUP, on TNT Recordings, takes Gregory, in a totally new direction. “Music has always been a huge part of my life whether it was Hip-Hop, R&B, gospel or jazz,” stated Gregory. “I’ve been thinking about this music for quite some time and with all that is going on in the world today, I thought it was the perfect time to share it.” SOLO PIANO GROUP pulls together pianists to create original music, purposefully composed to give people an opportunity to “relax, meditate, take a deep breath and live in the moment as opposed to looking at the past and worrying about the future.”
Glen Pearson, piano
Derek Mckinney, piano
Janice Maxie Reid, piano
Michaela Overall, piano 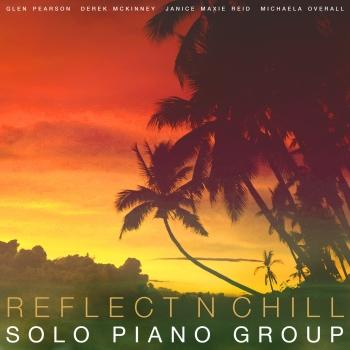 Glen Pearson
is the Chair of the Department of Music of College of Alameda. Currently serving as the pianist for the Count Basie Orchestra, his credits include musical director of the Boys Choir of Harlem, pianist for Regina Belle, Melba Moore, Diane Reeves, Marlena Shaw, Will Downing, Bobby Hutcherson, Gerald Albright and more.
Derek McKinney
has composed scores for successful feature films and worked as an arranger for legendary jazz bassist and composer Stanley Clarke. His credits include over 60 films and television shows such as “Boyz N The Hood”, “The Transporter”, “Romeo Must Die”, “Pawn Stars”, “Mob Wives” and “Degrassi: The Next Generation”. Mckinney has also scored for NatGeo TV, “Inside America’s Money Vault” and “Bridging the Gap: The State of Black Relationships”.
Janice Maxie Reid
is a 30+-year veteran music educator in vocal, piano, and performance, currently on the faculty of the California Jazz Conservatory in Berkeley, California. Her students included Victoria Theodore (Stevie Wonder and Beyoncé’), Ryan Coogler (Director of Black Panther), and 12-time Grammy nominee Ledisi (Prince). Janice has shared her gifts while traveling the world, performing in tributes to Nancy Wilson and Aretha Franklin and for Speaker of the House Nancy Pelosi.
Michaela Overall
is a Bay Area native with numerous performances and participation in Certificate of Merit and National Guild events. A Bachelors degree in Psychology led to work with children on the autism spectrum, in addition to providing services as a behavioral therapist. Combining that experience with an additional Bachelors of Music, Michaela focuses on performing, composition, and teaching, offering a unique insight into how music effects us all.