Why Should The Fire Die? (Remastered) Nickel Creek 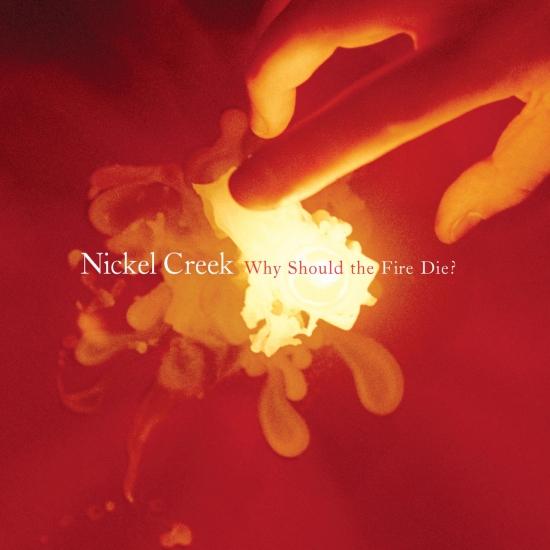 Info for Why Should The Fire Die? (Remastered)

As Nickel Creek integrated more rock and pop elements into their music, they went in a new direction with their 2005 album – enlisting producers Eric Valentine & Tony Berg. Why Should The Fire Die? features original material such as “When in Rome,” “Helena” and “Jealous Moon.” It also includes a cover of Bob Dylan’s “Tomorrow Is a Long Time.” The Billboard Top 20 album earned two GRAMMY nominations; Best Contemporary Folk Album and Best Country Instrumental Performance ("Scotch & Chocolate".)
Nickel Creek's third album, Why Should The Fire Die?. Working with producers Eric Valentine and Tony Berg, the platinum-selling band found innovative ways to capture their singular sound, resulting in a record that makes the listener sometimes wonder if there isn’t more than mandolin, guitar, violin and bass at play. Recorded on analog gear, each song is uniquely crafted – some sonically enhanced with vintage plate reverb, while others are recorded around a single stereo-microphone.
Valentine, unlike the band, did not grow up around traditional bluegrass instrumentation and helped Nickel Creek hear new roles for their instruments. He recognized the aggressive potential of their style, which until now, had not been captured on record. “Seeing the band live is a powerful experience. There are a moments where they are just explosive on-stage, and I wanted that in the record,” says Valentine. “I wanted moments on this record, moments where you think, how can three people and their instruments sound this big”
Indeed, Nickel Creek’s live performances have garnered legions of fans in wonder of their virtuosity, and the hybrid of genres that concoct a truly unique sound. Time named them “?Music Innovators for the New Millennium,”? and their 2002 release, This Side, captured the Grammy for “?Best Contemporary Folk Album.”?
The band spent the three years between albums not only touring, but exploring their craft via solo projects and collaborations. Violinist Sara Watkins’ work can be found on many projects including Ray LaMontagne’s Trouble, while sibling guitarist Sean Watkins has found new co-writing partners and side projects. Both can be frequently found sitting in with Jon Brion at his legendary Largo gigs. Thile most recently issued Deceiver, a more rock-influenced album on which he played over 26 instruments, before hitting the road with classical bassist Edgar Meyer. As a band they have performed with not only John Paul Jones of Led Zeppelin fame but also the Los Angeles Philharmonic.
The past three years brought a new depth to their playing, and also enriched their songwriting, epitomized by the Chris Thile/Gary Louris song “Jealous of The Moon.” Fans will recognize favorite Nickel Creek songs from live shows – including the blistering instrumental “Scotch and Chocolate,” the powerful “When In Rome,” and the faith questioning “Doubting Thomas.” Sara Watkins’ penned show-stealer, “Anthony,” evokes a 1920-era flavor, while the title track has threads of CSN&Y harmonies.
Ultimately, Nickel Creek hopes that these songs will live beyond the album”?recreated and reinterpreted when fans get together to play in their own jam sessions. “We would love for people to adopt these songs into their lives.”
Chris Thile, mandolin, vocals, mandola, bouzouki, banjo, tenor guitar, stomping
Sara Watkins, fiddle, vocals, ukulele, stomping
Sean Watkins, guitars, vocals, piano, bouzouki, stomping
Additional musicians:
Mark Schatz, bass, stomping
Eric Valentine, drums
Produced by Eric Valentine and Tony Berg
Digitally remastered 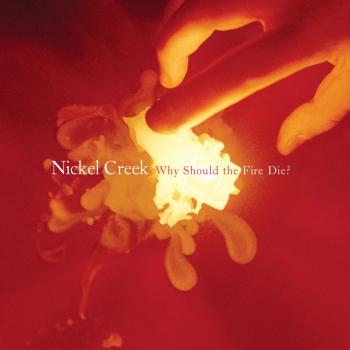 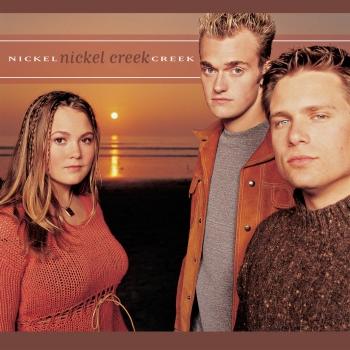 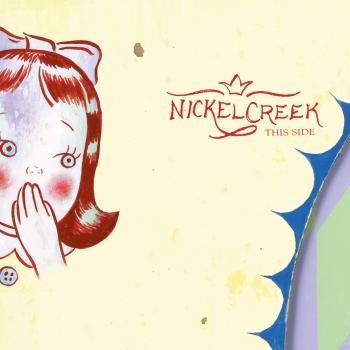 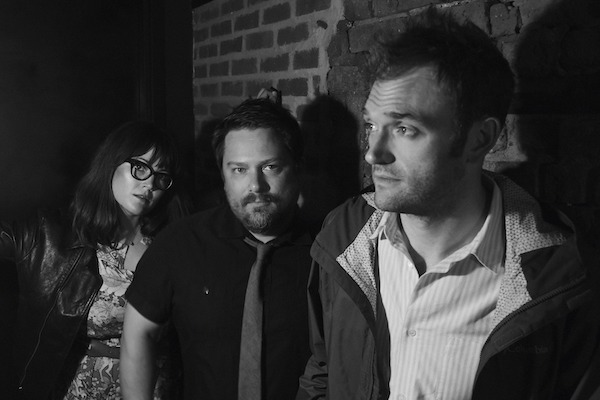