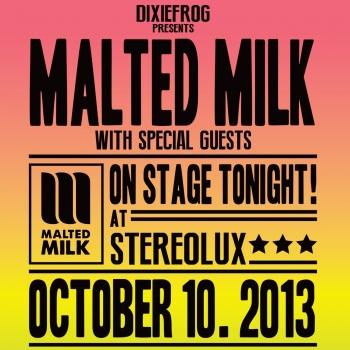 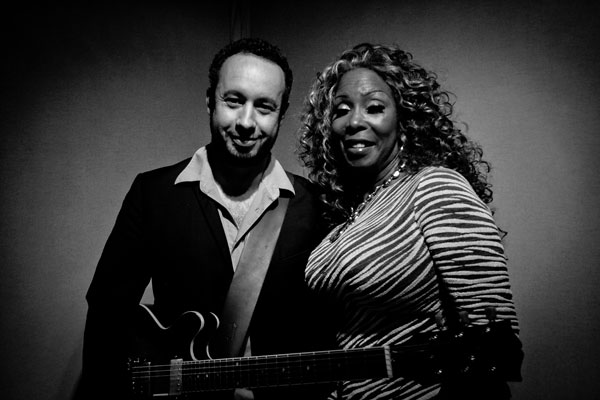 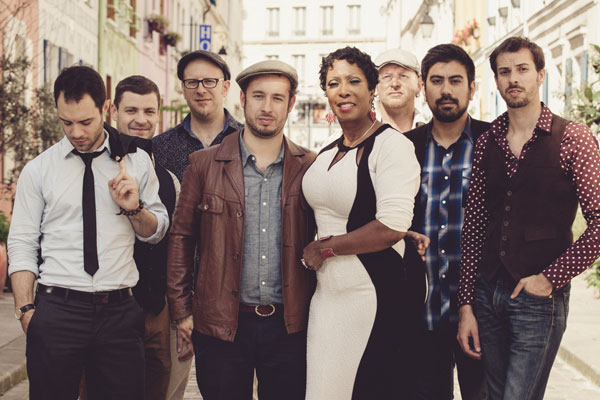 Malted Milk and Toni Green
In these times of international soul-blues new wave (Eli "Paperboy" Reed, Jamie Lidell, Raphael Saadiq, etc…), the French scene seemed to lack worthy representatives of the genre…until the advent of this third Malted Milk opus, determined to make up for this shortage!
Malted Milk moves within the sheerest Afro-American musical tradition, brilliantly combining blues and funky soul. This notoriety goes far beyond the French border, since the band has also performed abroad on many occasions, either accompanying headliners or to participate in the finals of the Memphis International Blues Challenge in 2007. "Milk And Green", their last project from the meeting with the soul singer Toni Green, will be released autumn 2014.
What do southern soulstress Toni Green and European soul-blues group Malted Milk have in common? The answer is simple: Milk & Green are probably the best kept secrets on the rhythm & blues scene these days. But now that they’ve joined forces to record what could well become one of the most powerful albums of the decade, you can bet your bottom dollar (euro, pound…) that the news will spread like wildfire.
Once an active member of the Isaac Hayes traveling show, Memphis-born Toni Green got her start at an early age: “My father was a musician and everybody came to my home to rehearse. The Bar-Kays, the Mad Lads, everyone.”
After a stint with vocal quartet Imported Moods, she joined the roster of legendary producer Willie Mitchell, alongside Al Green, Ann Peebles, Otis Clay and Syl Johnson. An alumnus of Andrew Love of the Memphis Horns, and a longtime cohort of Marvell Thomas (son of Rufus and brother of Carla, two soul stars long associated with the famed Stax label), she honed her chops with Luther Ingram and the Doobie Brothers before becoming a mainstay on the New York studio scene, doing background singing for the likes of Dennis Edwards, Betty Wright, Millie Jackson, Luther Vandross, the SOS Band and Con Funk Shun. By the time Toni moved back to Memphis in the mid-90s, she was ready to record under her own name, but times were hard for pure soul artists at the height of the hip-hop era and she never really got the chance to record the album that would make a difference.
“But things are going to change,” says Toni who was thrilled when she was offered the opportunity to work with Malted Milk on this project by producer Sebastian Danchin. “This guy from Europe came to visit me. He’d been wanting to work with me for fifteen years, just waiting for the right moment. First thing I asked him was: ‘What took you so long?’” Toni laughs. “I was actually waiting to find a group that could play ‘in the pocket,’” confirms Danchin, using the common expression in Memphis for musicians that play with real soul. “At one time, I was in Memphis recording an album at Willie Mitchell’s studio and I almost called Toni, but it would have been too frustrating to have her guest on just one track. And then I thought of Arnaud and Malted Milk.”
Arnaud Fradin, a powerhouse blues guitarist and strong vocalist with a killing falsetto, had all the necessary credentials for this project, having burned up the soul-blues trail from Tennessee to Florida, Paris to Amsterdam and London. By the time the present project got the green light from Nueva Onda Records, Malted Milk had turned into a war machine with plenty of funk to spare, according to Toni: “I was in awe of these guys when I first heard them. The drummer, Richard, is incredible, I haven’t played with anyone that consistent since the days of the Hi Rhythm section. The horns are top-notch, Igor the bass player is incredibly creative, just like Tim who plays keyboard, the baby in the band, he’s like my son.”
After several months of intense preparation, Milk & Green met in the studio in March 2014. Recording took place over ten days at the Bonison studio, a first rate facility in the French countryside, near Nantes. On the supergroup’s agenda was a mix of covers borrowed from people as diverse as southern soul songsmith Tommy Tate, R’n’B diva Mary J. Blige, Philadelphia’s own Garnet Mimms, as well as Hi Records luminaries Syl Johnson and Ann Peebles. “We decided to record a version of Ann Peebles’s Slipped Tripped and Fell in Love, in order to show where our inspiration came from, says Malted Milk leader and singer Arnaud Fradin. We also wanted to showcase our own work, and half of the album’s repertoire are originals written and arranged in the studio with Toni.”
The end result reflects Milk & Green's vision of 21st century soul, a funky and bluesy mix that takes the ball rolling way beyond the retro soul sounds that have been the norm for the past few years. Judging from the reactions an explosive song like Just Call Me has gotten on the soul radio circuit in the US, or from French audiences when the band recently performed it on the Victoires du Jazz ceremony (the French equivalent of the Grammys), this superlative album should be a winner upon its release this fall, allowing Malted Milk and Toni Green to tour Europe abundantly in the next few months. Several tours are already in the works, missing them on stage will be at the peril of anyone with a strong feel for contemporary soul.