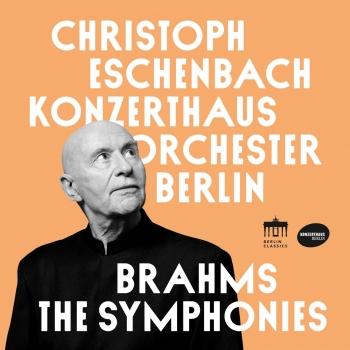 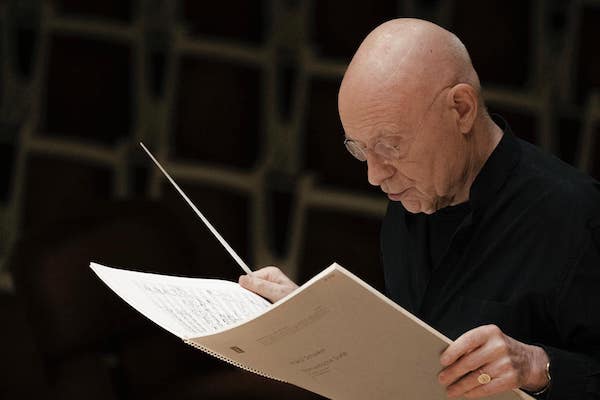 Christoph Eschenbach
is a phenomenon amongst the top league of international conductors. Universally acclaimed as both a conductor and pianist, he belongs firmly to the German intellectual line of tradition, yet he combines this with a rare emotional intensity, producing performances revered by concert-goers worldwide. Renowned for the breadth of his repertoire and the depth of his interpretations, he has held directorships with many leading orchestras and gained the highest musical honours. In exploring the conditions that led to the emergence of such a charismatic talent, we can look to his early years – born at the heart of a tempestuous, war-torn Europe in 1940, his early childhood was scarred by a succession of personal tragedies. It can truly be said that music was his saviour, and his life began to change when he learned the piano. Now, at the age of 80, his keen artistic curiosity is undiminished, and he still thoroughly enjoys working with the finest international orchestras. He is also well-known as a tireless supporter of young talent – this is his greatest passion, and he values his contribution to mentoring up-and-coming talent over and above his own distinguished career. Moved by the energy and the drive of young people – „Those one hundred percent artists“, as he calls them – he has a personal mission to pass the torch to the next generation. His discoveries to date include the pianist Lang Lang, the violinist Julia Fischer and the cellists Leonard Elschenbroich and Daniel Müller-Schott. As Artistic Advisor and lecturer at the famous Kronberg Academy, he accompanies young violinists, cellists and violists on their way to become world class soloists. Christoph Eschenbach continues to explore new horizons and since September 2019 he is the Musical Director of the Konzerthausorchester Berlin.
Christoph Eschenbach (born February 20, 1940 in Wroclaw) was a war orphan, raised in Schleswig-Holstein and Aachen by his mother's cousin, the pianist Wallydore Eschenbach. Her lessons laid the foundation of his illustrious musical career. Following his studies with Eliza Hansen (piano) and Wilhelm Brückner-Rüggeberg (conducting), he won notable piano awards – such as the ARD Competition Munich 1962 and the Concours Clara Haskil 1965 – that helped to pave the way for his growing international fame. Supported by mentors such as George Szell and Herbert von Karajan, the focus of Christoph Eschenbach's career increasingly moved to conducting: He was Principal Conductor and Artistic Director of the Tonhalle Orchestra, Zurich from 1982 to 1986, Musical Director of Houston Symphony from 1988 to 1999, Artistic Director of the Schleswig-Holstein Music Festival from 1999 to 2002, Musical Director of the NDR Symphony Orchestra from 1998 to 2004, the Philadelphia Orchestra from 2003 to 2008 and the Orchestre de Paris from 2000 to 2010. From 2010 to 2017, Eschenbach held the position of Musical Director of the Washington National Symphony Orchestra. Alongside his prestigious appointments, Eschenbach has always attached great importance to his extensive activities as a guest conductor, working with orchestras such as the Vienna and Berlin Philharmonic Orchestras, the Chicago Symphony Orchestra, the Staatskapelle Dresden, Scala Milano, the London Philharmonic Orchestra, as well as the NHK Symphony Orchestra, Tokyo.
Over the course of five decades, Christoph Eschenbach has built an impressive discography, both as a conductor and a pianist, with a repertoire ranging from J.S. Bach to contemporary music. Many of his recordings have gained benchmark status and have received numerous awards, including the German Record Critics' Prize, the MIDEM Classical Award and a Grammy Award. For many years, Eschenbach's preferred Lied partner has been the baritone Matthias Goerne. In recordings and in live performances, e.g. at the Salzburg Festival, the two perfectly matched artists have explored the rich treasures of the German Romantic period, from Schubert to Brahms. Christoph Eschenbach has been awarded the Chevalier de la Légion d'Honneur, and is a Commandeur des Arts et des Lettres; he is a holder of the German Federal Cross of Merit and a winner of the Leonard Bernstein Award. In 2015, he received the Ernst von Siemens Music Prize, known as „The Nobel Prize of music“, for his achievements as conductor and pianist.