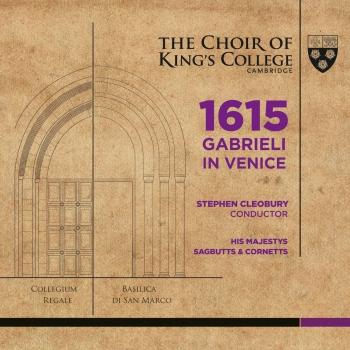 His Majestys Sagbutts and Cornets 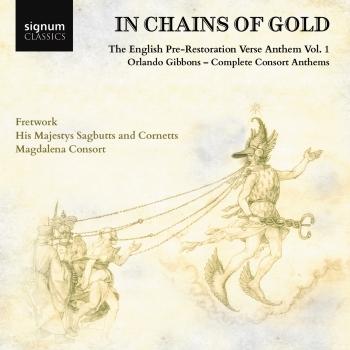 In Chains of Gold: The English Pre-Restoration Verse Anthem, Vol. 1

His Majestys Sagbutts and Cornets 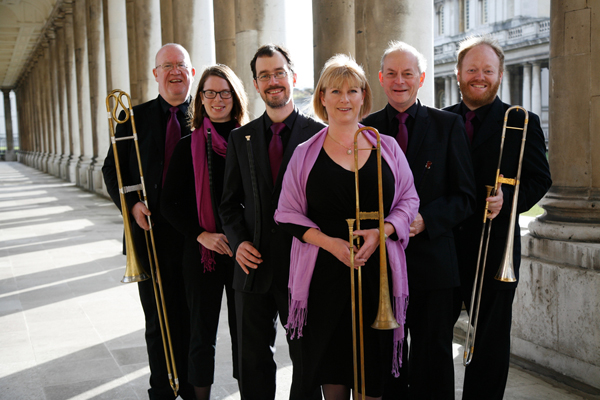 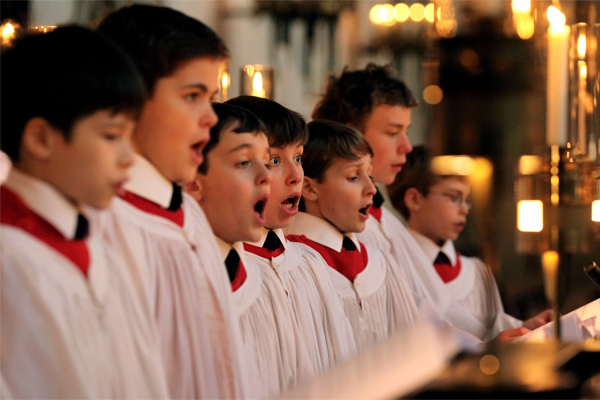 His Majestys Sagbutts & Cornetts
Having celebrated its 30th birthday in 2012, His Majestys Sagbutts & Cornetts (“the pre-eminent group of its kind” born 1982) continues in the same spirit as always: aiming to bring the sound of its noble instruments, through pan-European repertoire from the 16th and 17th centuries to the 21st century, attracting new audiences via recordings, radio, television and (best of the lot!) live performance.
The group’s illustrious-sounding name is taken from Matthew Locke’s “five-part tthings for His Majestys Sagbutts and Cornetts” that were probably played during the coronation celebrations for King Charles II in 1661. Essentially a recital group comprising three cornetts, three sackbutts and chamber organ / harpsichord, HMSC often joins with singers and string players, and is frequently asked to take part in projects with choirs: Sir John Eliot Gardiner’s Monteverdi Choir, the BBC Singers, Ex Cathedra, the choirs of Trinity, King’s and St John’s Colleges, Cambridge, as well as those of Westminster Abbey, St Paul's and Westminster Cathedrals, London.
Activities over the group’s thiry year history have been diverse, ranging from sound and vision recordings for the BBC comedy The Two Ronnies, to appearances in the Salzburg Festival, St. Mark’s, Venice, the Sydney Opera House and at the BBC Proms in the Royal Albert Hall.
Individual members of HMSC teach at conservatoires and universities throughout the UK and Europe and the group is often invited to give masterclasses and workshops as a part of its educational activities.
His Majestys Sagbutts & Cornetts has more than twenty recordings to its credit, among them A Bach Album (Hyperion) which was honoured "recording of the year" in Gramophone Magazine, December 2002; and 2007 marked the launch of the group’s own recording label, sfzmusic. HMSC’s first recording with this new and exciting label, to most encouraging critical acclaim, was the complete instrumental works of Giovanni Battista Grillo; The Twelve Days of Christmas, Buccaneer, an Anglo-Spanish celebration, and Canzone per sonare, a collection of music by Giovanni Gabrieli and his contemporaries, have since followed. “For His Majestys Pleasure”, a 65 minute opera without words by the English composer Martyn Harry, was released in 2012.
In 2012 His Majestys Sagbutts & Cornetts celebrated the life and inspirational work of Giovanni Gabrieli (died 1612) in a unique collaboration with Concerto Palatino and Ex Cathedra. This was marked with a new recording on Hyperion as well as performances in England and Germany and at the Edinburgh International Festival.