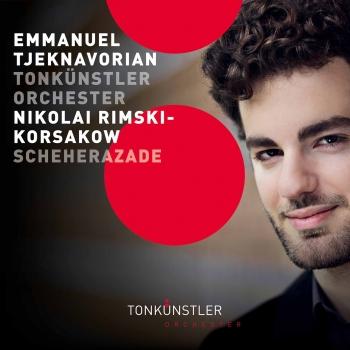 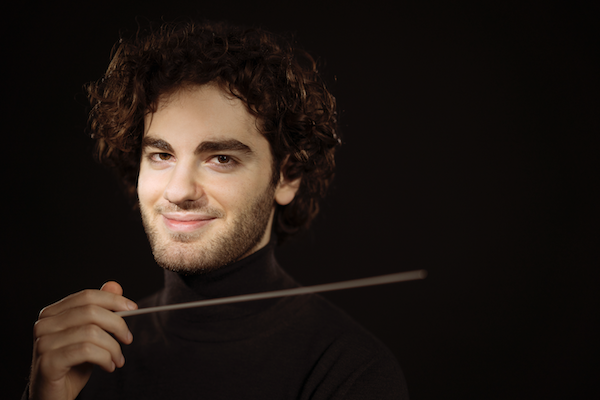 Emmanuel Tjeknavorian
Despite his young age, Emmanuel Tjeknavorian is already one of the great artists of his generation. The Austrian, born in 1995, inspires audiences and critics with his depth, his technical brilliance and his great versatility. He has made a name for himself both as a violinist and as a conductor – he is simply "an exceptional talent," as the Tagesspiegel attested. Radio Klassik Stephansdom recognized Tjeknavorian's strengths as an eloquent music communicator early on; since 2017, he has been hosting his own show there, "Der Klassik-Tjek." Tjeknavorian's musical family heritage is also of note: as the son of composer and conductor Loris Tjeknavorian, Emmanuel has been making music from an early age and combines musical as well as cultural worlds in his art.
The fact that Emmanuel Tjeknavorian is a musician of unique subtlety and intellectual depth has also spread to the important international concert halls and orchestras, and so in the 2020/21 season, for example, he made his conducting debut not only with the Tonkünstler Orchestra, but also with the Camerata Salzburg and the Sinfonieorchester Basel. Having already taken conducting lessons with his father, composer and conductor Loris Tjeknavorian since 2014, and attended master classes in England and Italy, Tjeknavorian intends to focus more on conducting in the future. As a soloist, Tjeknavorian will appear with the Nederlands Philharmonisch Orkest at the Concertgebouw, the Royal Stockholm Philharmonic Orchestra, the WDR Sinfonieorchester, the Orquesta Sinfónica de Radio Televisión Española, the Gewandhausorchester under Franz Welser-Möst and several others.
As the youngest Artist in Residence in the history of the Vienna Musikverein, Tjeknavorian created his own cycle at the tradition-steeped house last season. He also returned to the Konzerthaus Dortmund as a «Rising Star» and made his debut as a conductor at the Vienna Konzerthaus with the Vienna Chamber Orchestra. Also a «Rising Star» of the European Concert Hall Organisation, a «Great Talent» of the Vienna Konzerthaus and a protege of the Orpheum Foundation in Zürich, he has performed in Europe’s most prestigious concert halls.
Tjeknavorian regularly performs with the world’s great ensembles and orchestras, including the Mahler Chamber Orchestra, the London Symphony Orchestra, the Tonhalle Orchestra Zürich and the Deutsches Symphonie-Orchester Berlin. He is also a frequent guest at international classical music festivals, including the Enescu Festival in Bucharest, Grafenegg Festival, Rheingau Music Festival and the Mecklenburg-Vorpommern Festival.
Particularly significant were his performances at the Salzburg Mozart Week and at the Festival de Paques in Aix-en-Provence, where he played Mozart's own "Costa violin".
As part of a new exclusive contract with Berlin Classics, Emmanuel Tjeknavorian's second album was released in February 2020, featuring the violin concertos of Jean Sibelius and Loris Tjeknavorian, recorded with the hr Symphonieorchester under Pablo Gonzales. His debut album, "Solo" released on Sony Classical, was met with high acclaim and received the OPUS Klassik in 2018.
Emmanuel Tjeknavorian plays on a violin by Antonio Stradivari, Cremona, 1698, kindly provided to him by a patron of London's "Beare's International Violin Society".