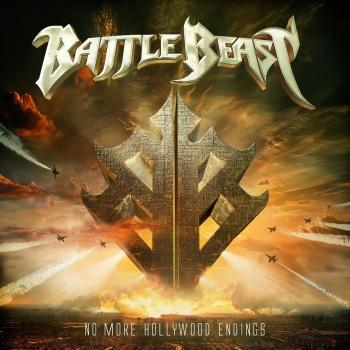 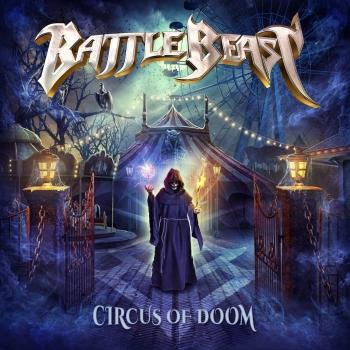 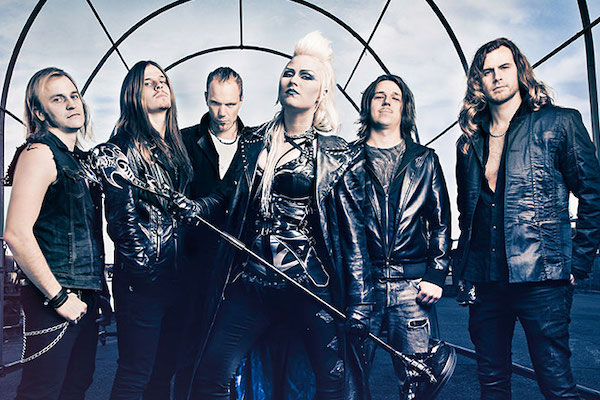 BATTLE BEAST
Formed in 2008, BATTLE BEAST won the Wacken Metal Battle back in 2010. Followed by signing a record deal with German metal powerhouse Nuclear Blast and releasing their highly-acclaimed debut album »Steel« (2012), the band were seen touring successfully with their labelmates, symphonic metal masters NIGHTWISH.
After the arrival of new frontwoman Noora Louhimo in 2012, the release of their self-titled sophomore record (2013) delivered them support slots for well-known bands such as SONATA ARCTICA and POWERWOLF among others. BATTLE BEAST’s unstoppable way to the top of the metal world went on.
With their third studio album entitled »Unholy Savior«, the band hit the charts in several European countries (#1 Finland, #23 UK Rock, #39 Germany,…). On the release day, the group embarked on a big European tour with Swedish heavy metal heroes SABATON and DELAIN. In support of this record, BATTLE BEAST also toured European soil as a headlining band for the very first time.
But the band didn’t rest on their well-deserved laurels and instead made 2017 the most successful year in their still rather short history by forging their 4th powerful piece of heavy metal, »Bringer Of Pain«. The record also marked BATTLE BEAST’s first output without their original songwriter Anton Kabanen. The achievements of the previous album were topped: #1 in Finland, #14 in Germany plus several entries in countries where they had never hit the album charts before. The band’s 2nd European headlining trek, this time supported by MAJESTY and GYZE, was the cherry on the 2017 cake. Many shows were sold out and had to be moved to bigger venues! Appearances at festivals such as Bloodstock Open Air (UK), Summer Breeze (D), and Masters of Rock (CZ) and show debuts in various countries and continents faded out this year which went down in history.
Enough has been said, back to the present! In April 2018, BATTLE BEAST is going on another US tour with KAMELOT and DELAIN, before performing at selected summer festivals and playing a couple of club shows in between. But be aware: In the silent corners of the band’s tour bus, new hymns for their 5th opus - which will tentatively be released in early 2019 - are in the making. And its content should already be clear: “100% heavy metal - 0% bullshit.”