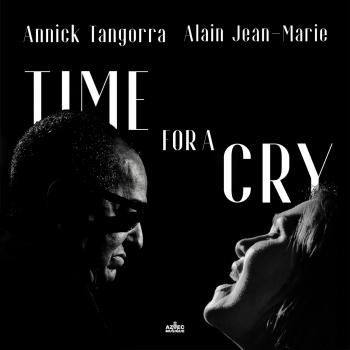 Time for a cry 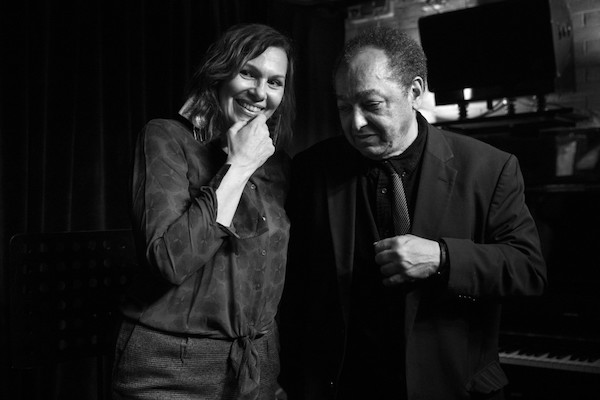 Annick Tangorra
Singer, author, composer, Annick Tangorra is today one of the most moving voices in jazz and sun music. For Didier Lockwood, "Annick Tangorra's voice is a suave mixture of contained lyricism, refined sensuality and carnal elegance. Her great rhythmic ease and magnificent vocal technique are used here to serve a music that is at once festive, languorous and melancholic.
"Annick Tangorra has grown since her debut in the late 80s. A time when in Aix, she put the Hot Brass in her pocket by singing with the same happiness afro-jazz, jazz funk, latin-jazz and jazz all in all.... Irresistible percussive groove. Roundness and warmth of an African "soul" tone without being one! 100% organic stage charisma. The charm of a femininity that is more mutinous than teasing. Humour and sensitivity that is moving because it is modest, perceived in ballads sung without pathos or racy tremolos... In short, the complete kit of the raw vocal pearl.
Her assets come from a great deal of work, starting at a very young age from classical singing to the piano via the guitar. She has also travelled a lot ... notably to Brazil and the West Indies to sniff out the pot of mixed music in which she must have fallen one day, as a child, on the port of Marseille.
She has been on the road on stage with such greats as pianist Alain Jean Marie, organist Emmanuel Bex, trumpet player and arranger Ivan Jullien... On this career path she has finally crossed the bridge between interpretation and composition. The result? Three albums of compositions, the latest of which, "Springtime", was produced and arranged with Mario Canonge from Martinique.
Alain Jean-Marie
is considered by many to be France’s – if not Europe’s – top living jazz pianist. Born in the Carribean island of Guadeloupe, Alain established himself in Paris in 1973 and quickly became a ‘first-call’ pianist. From 1976 on, he toured and recorded with such jazz legends as Chet Baker, Sonny Stitt, Art Farmer, Johnny Griffin, Lee Konitz, Bill Coleman, Max Roach, Abbey Lincoln, Barney Wilen and Benny Golson. ​
Master in the art of the accompaniment, child of the biguine and the bebop, Alain Jean-Marie just released "Pensativa", a new album that could take the appearance of a self-portrait. Surrounded by a crack rhythm section of Darryl Hall on bass and Lukmil Perez on drums and percussions, "Pensativa" features some jazz standards, some original compositions as well as songs such as Calypso (Kenny Barron) or the famous bolero "Dos Gardenias". ​
In 1979, Alain Jean-Marie received the Django Reinhardt Prize, France’s foremost distinction for jazz musicians. In 1987, Alain Jean-Marie recorded a duo album with bassist Niels-Henning Orsted Pedersen. In 1990, he joined Abbey Lincoln in New York to record the album "The World is Falling Down", along with Clark Terry, Jackie McLean, Billy Higgins and Charlie Haden. Alain also frequently performed with saxophonist Barney Wilen. The year 1992 marked the release of his album "Biguine Reflections", the first of a series in which Alain Jean-Marie creates a link between his Caribbean roots and his be-bop culture and pays tribute to phenomenal biguine musicians such as Al Lirvat and Robert Mavounzy. In 1999, his solo album "Afterblue" won the First Prize from France’s Jazz Academy, for ‘Best French Jazz Record’. The following year, Alain received the ‘Golden’ Django Award as ‘Best French Jazz Musician.’