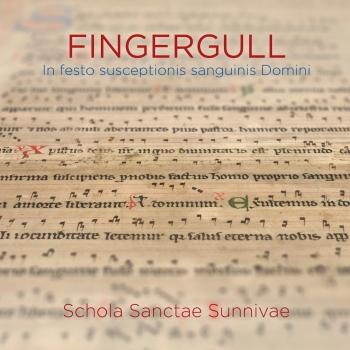 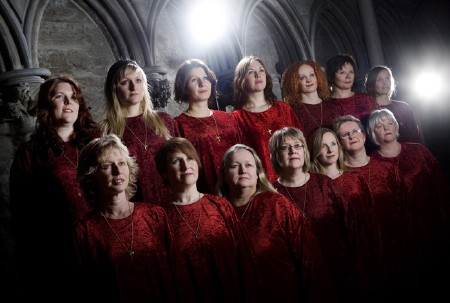 Schola Sanctae Sunnivae
The Gregorian chant choir Schola Sanctae Sunnivae was established in 1992 and consists of 12–14 female singers led by founder and conductor Anne Kleivset. The schola chose Norway’s first female saint, the Irish princess Sunniva, as their patron. The ensemble is connected to the Nidaros Cathedral in Trondheim. Schola Sanctae Sunnivae has spearheaded the restoration and performance of Gregorian chant material from Norwegian and European medieval sources and earned praise for their work from many leading institutions. The choir has recorded four CD's: De Susceptione Sanguinis Christi (1997), Rex Olavus (2000), Officium et Missae In Nativitate Sancti Ioannis Baptistae (2006) and In Nativitate Beatae MARIAE Virginis (2010). Currently the choir is widely regarded as one of Europe’s leading Gregorian chant ensembles.
Anne Kleivset (*1960) has been the artistic director of the Schola Sanctae Sunnivae since the ensemble was founded in 1992. She holds degrees in Sacred music and pedagogics from the Conservatory of Trøndelag, Norway, and has studied plainchant at the Benedictine Abbey of Solesmes, France, at the Conservatory of Paris, with Rev. Kees Pouderoijen in Vienna, Austria and Eugeen Liven d’Abelardo in Amsterdam, Holland. Apart from masterminding the four CDs already released with the Schola, she has also been instrumental in the production of numerous performances where Gregorian chant meets other means of artistic expressions. For a great many years she has also been working with different folkloristic textures, through concert performances, tuition, choral work, theatre and folklore performances.