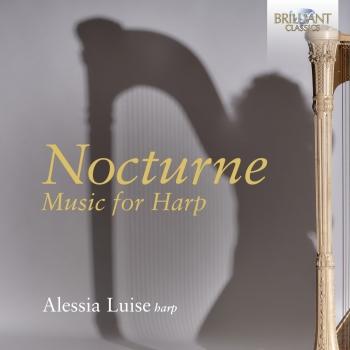 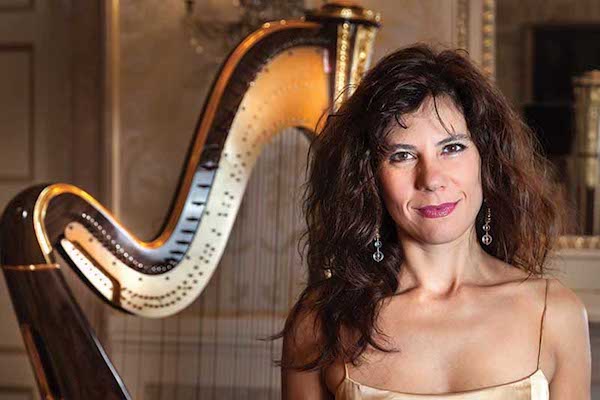 Alessia Luise
was born and brought up in Veneto, she got an honors degree in harp and after graduating she left for France to further enhance her studies with Marie Claire Jamet and Fabrice Pierre. She took part in the Orchestral Training Course "Project Orchestra" with Maestro Umberto Benedetto Michelangeli, and she won a scholarship for a course held by Maestro Nicanor Zabaleta in Santiago de Compostela,Spain.
She started her orchestral career in Milan as first harp with the "Giuseppe Verdi" Orchestra, under the direction of Vladimir Delman, continuing with the Philharmonic Orchestra of Verona, "Toscanini" in Parma, the "Filarmonia Veneta G. F. Malipiero", the Theatre Orchestras "Coccia" in Novara, "Carlo Felice " in Genoa, Cagliari Opera Theatre and "I pomeriggi musicali" in Milan, Accademia di S. Cecilia in Rome, Teatro Regio in Tourin, Teatro COmunale in Bologna and Teatro La Fenice in Venice. She also played with the Filarmonica della Scala in Milan, the Orchestra of Teatro Massimo "Vincenzo Bellini" of Catania and since 1995 she is part of the Orchestra of the "Arena di Verona" Foundation.
She has played under the direction of the following Maestri: Bruno Bartoletti, Angelo Campori, Yoram David, Daniel Harding, Isaac Karabatchevsky,Myung-Whun Chung, Marko Letonja, Alain Lombard, Zubin Metha, John Neschiling, Gianandrea Noseda, Daniel Oren, Nello Santi.
With the desire of deepen her musical knowledge she studied composition and electronic music, graduating in 2008, a year later, after completing the second level of her Academic Diploma in "musical disciplines, specializing in interpretation and composition" in Venice.
She gained extensive and notable working experience while playing with Gidon Kremer and Kremerata Baltica, G. Guglielmo and the Accademia Musicale S.George, Claudio Scimone's "I Solisti Veneti", Mario Brunello and the Italian String Orchestra, with whom recorded the CD "Odusia" music by G. Sollima and M.De Falla, and "Ovunque proteggi" by and with Vinicio Capossela. She also recorded with Albatros Ensemble's in the cd monograph "Nino Rota-Impromptu" by recording the Sonata for flute and harp.
She was part of the Mario Ancillotti's "Nuovo Contrappunto Ensemble" with whom, in addition to performing in the most important Italian Theatres and Concert halls, she recorded the Sonata for Amadeus C.Debussy (for flute, viola and harp) and "Introduction et Allegro" by M. Ravel.
She played in the most prestigious Concert Halls and Theatres such as the Verona Philharmonic Hall, the Sala dei Notari of Perugia, City of Monfalcone, Gorizia Auditorium, Philharmonic Hall in Rovereto, Politeama Rossetti in Trieste, La Fenice in Venice, Coccia in Novara, Regio di Parma , Goldoni of Livorno, Sala Verdi Teatro dal Verme in Milan, Teatro del Giglio in Lucca, Theatre del Fuoco in Foggia, Toniolo in Mestre, Tchaikovsky Hall in Moscow, performing a complete repertoire with a particular attention to the twentieth century and contemporary music.
Teaching is an important role for her musical experience. She has been Professor of harp at the Conservatory "A. Pedrollo" of Vicenza