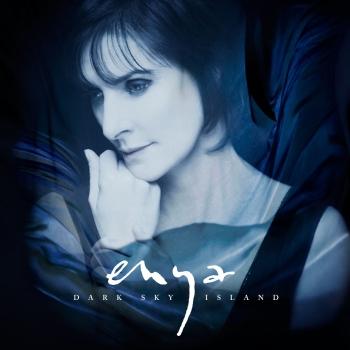 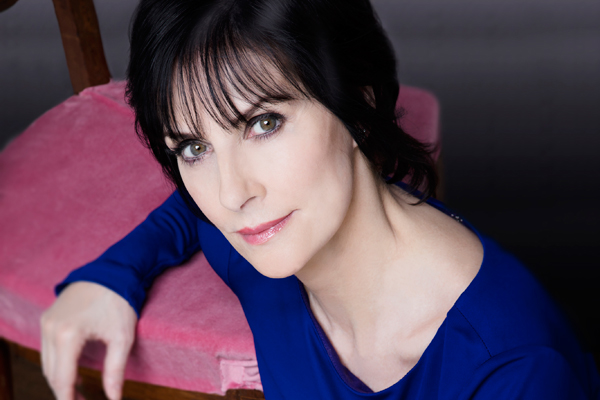 Enya
The story of Enya’s enduring success is as strong an example of the power of three - omne trium perfectum – as one could expect to find in contemporary music. From humble beginnings, albeit firmly infused with the talent to make a dream a reality, Enya’s career has swept from ripples to tidal waves of acclaim. Just look at the facts: 75 million sales; four Grammy Awards; six World Music Awards; an Ivor Novello, an Oscar nomination, a Golden Globe nomination, plus all seven of her studio albums (and the ‘Paint The Sky With Stars’ compilation) have hit the upper echelons of charts all over the world.
In short, it’s the very definition of a fulfilled potential.
And yet a story without a new chapter is merely history. The Enya creative triumvirate – Enya, producer and sound engineer Nicky Ryan and lyricist Roma Ryan – are now set to embark upon a fresh adventure with the release of the brand new album ‘Dark Sky Island’.
All three members of the creative team agree that they begin the process of making a new album without an overriding concept in mind. Yet, they concur, certain recurring themes emerge as the work takes shape.
“This album has a theme of journeys,” states Enya. “Journeys to the island; through the length of a lifetime; through history, through emotions; and journeys across great oceans. So although it’s not a ‘themed’ album, as such, we nevertheless have an underlying connection between songs.”
The writing and recording process started in the spring of 2012. Of course, six years since ‘… And Winter Came’ sounds like a long time, but the three have hardly been resting on their laurels. Much of 2009 was spent preparing for ‘The Very Best of Enya’, with international promotion for the collection sprawling far into 2010. The team then took their first proper break in a long time. Enya spent time travelling and was also renovating her new home in France. Nicky focused his energies on a thorough updating and renewal of Aigle Studios, while Roma relished her time working on poetry and in particular a series of books themed around islands.
It was the latter that inspired the first song to be written for ‘Dark Sky Island’ in the shape of the album’s title track. “’Dark Sky Island’ refers to the island of Sark, one of the Channel Islands,” explains Roma. “It was the first island to be designated as a dark sky area. The community decided collectively to adjust their way of living in order to accommodate clear, unspoiled night-views of the heavens. There are no cars on the island and all of the lighting is designed so that it doesn’t interfere with the observation of the stars. So many stars can be seen that it can be difficult to pick out familiar constellations.”
Back in 1988, ‘Orinoco Flow’ was the final song that was recorded during sessions for the ‘Watermark’ album and its irresistible surge of globe-trotting euphoria made it an obvious choice as the album’s first single. This time around, the last song to be completed is once again the lead single. ‘Echoes in Rain’ shares the buoyant optimism of ‘Orinoco Flow’, yet its rhythmic march celebrates the anticipation of a journey’s end.
Another key track is ‘The Humming’, a song that muses on the cycle of the universe and how change affects everything. As Nicky recalls: “It began when, after writing the melody line, Enya started humming a small part of the melody. It’s rather appropriate as the title refers to the sound of the early universe which is at around 47 octaves below the lowest note on the piano keyboard. Scientists have compressed this extremely low frequency vibration that the Planck space telescope picked up so that it would be audible to us. It has a humming sound.”
Such intergalactic exploration also extends to ‘The Forge of the Angels’ and ‘The Loxian Gates’ which continue the use of the Loxian language that Roma created and popularised with three songs from 2005’s ‘Amarantine’. It’s a futuristic narrative with a genesis that dates back to 1986 and Enya’s debut album / soundtrack to the BBC documentary The Celts. The song ‘Alderbaran’ explored the tale of the future migration of the Celts through space, continuing the migratory pattern that was so predominant in their early history. Their adventures continued almost twenty years later with ‘Less Than A Pearl’, ‘The River Sings’ and ‘Water Shows The Hidden Heart’ and are now extended with two new tales.
‘Dark Sky Island’ is also notable as the core triumvirate are joined for a one-off guest appearance courtesy of Eddie Lee on the track ‘Even In The Shadows’. A member of the Irish band Those Nervous Animals, Eddie contributes double bass on the song.
Sonically, it’s a collection that’s both incredibly diverse and innately unified by the production: almost Spector-esque in its lavish, wide-screen multi-tracked layers of sound. In keeping with previous singles ‘Orinoco Flow’, ‘Caribbean Blue’, ‘Anywhere Is’ and ‘Only Time’, ‘The Humming’ subliminally works its infectious magic within the course of a single listen. By contrast, ‘Even In The Shadows’ pulses with an insistent rhythm; the hymnal ‘I Could Never Say Goodbye’ is sparse in its reflective beauty; while ‘Sancta Maria’ blends synthesisers and classical instrumentation to create an ethereal soundscape that comfortably sits in both the past and the future. It’s almost a history of sound encapsulated in four hypnotic and otherworldly minutes.
For this triumvirate of partners and friends, the journey marches on unabated. With ‘Dark Sky Island’ and beyond, who knows what further expeditions lay unpredicted just over the horizon?