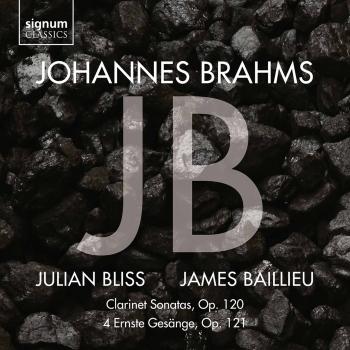 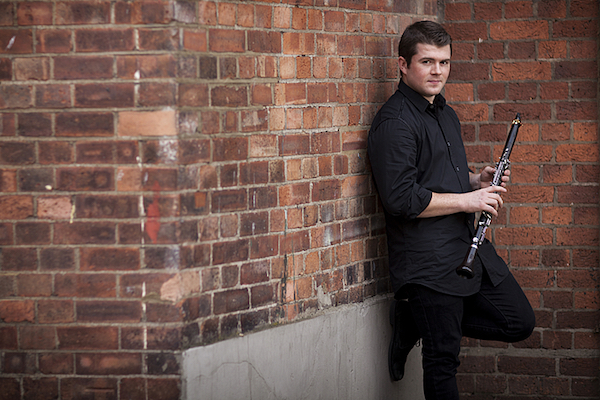 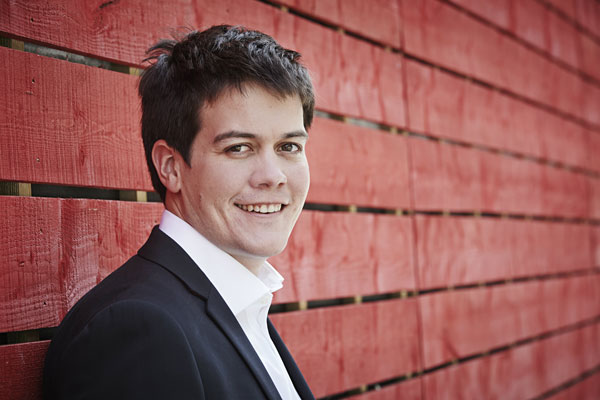 Julian Bliss
is one of the world’s finest clarinettists excelling as a concerto soloist, chamber musician, jazz artist, masterclass leader and tireless musical explorer. He has inspired a generation of young players as guest lecturer and creator of his Leblanc Bliss range of affordable clarinets, and introduced a substantial new audience to his instrument. Born in the U.K., Julian started playing the clarinet age 4, going on to study in the U.S. at the University of Indiana and in Germany under Sabine Meyer. The breadth and depth of his artistry are reflected in the diversity and distinction of his work. In recital and chamber music he has played at most of the world’s leading festivals and venues including Gstaad, Mecklenburg Vorpommern, Verbier, Wigmore Hall (London) and Lincoln Center (New York). As soloist, current performances include concerts with the Sao Paolo Symphony, Royal Philharmonic Orchestra, Chamber Orchestra of Paris, BBC Philharmonic Orchestra, Auckland Philharmonia and London Philharmonic. In 2012 he established the Julian Bliss Septet, creating programmes inspired by King of Swing, Benny Goodman, and Latin music from Brazil and Cuba that have gone on to be performed to packed houses in festivals, Ronnie Scott’s (London), the Concertgebouw (Amsterdam) and across the U.S. Recent album releases receiving rave reviews from critics, album of the week spots and media attention, include his recording of Mozart and Nielsen’s Concertos with the Royal Northern Sinfonia. Recent chamber discs include a new piece for clarinet & string quartet by David Bruce – Gumboots – inspired by the gumboot dancing of miners in South Africa, and a recital album of Russian and French composers with American pianist, Bradley Moore.
James Baillieu
Described by The Daily Telegraph as ‘in a class of his own’ James Baillieu has been the prize-winner of the Wigmore Hall Song Competition, Das Lied International Song Competition, Kathleen Ferrier and Richard Tauber Competitions. He was selected for representation by Young Classical Artists Trust (YCAT) in 2010 and in 2012 received a Borletti-Buitoni Trust Fellowship and a Geoffrey Parsons Memorial Trust Award. In 2016 he was shortlisted for the Royal Philharmonic Society Outstanding Young Artist Award.
James has given solo and chamber recitals throughout Europe and further afield. He collaborates with a wide range of singers and instrumentalists including Lawrence Power, Jack Liebeck, the Elias and Heath Quartets, Ian Bostridge, Dame Kiri te Kanawa, Annette Dasch, Pumeza Matshikiza, Jamie Barton, Markus Werba and Catherine Wyn Rogers. Venues include Wigmore Hall, Concertgebouw Amsterdam, Berlin Konzerthaus, Vienna Musikverein, the Barbican Centre London, Wiener Konzerthaus, Cologne Philharmonie and the Laeiszhalle Hamburg. Festivals include Festpillene i Bergen, Spitalfields, Aldeburgh, Cheltenham, Bath, City of London, Aix-en-Provence, Verbier, St Magnus, Derry, Norfolk & Norwich and Brighton Festivals. As a soloist, he has appeared with the Ulster Orchestra, the English Chamber Orchestra and the Wiener Kammersymphonie.
An innovative programmer, James has already curated a number of projects, including series for the Brighton Festival, Wigmore Hall, BBC Radio 3, Bath International Festival and Perth Concert Hall.
In the 2015/16 season James presented his own 11-concert series at the Wigmore Hall “Introducing James Baillieu” with Adam Walker, Jonathan McGovern, Ailish Tynan, Tara Erraught, Henk Neven, Iestyn Davies, Allan Clayton and Mark Padmore amongst others. This series was shortlisted for the Royal Philharmonic Society’s Chamber Music and Song Award for an outstanding contribution to the performance of chamber music and song in the UK during 2016. He also took part in a European tour with Benjamin Appl as part of the ECHO Rising Stars series.
This season’s engagements include appearances with Allan Clayton, Louise Alder, Adam Walker, Benjamin Appl, Lise Davidsen, Tara Erraught, Amy Harman and Markus Werba at venues including Wigmore Hall, Oxford Lieder, Concertgebouw Amsterdam, Bozar Brussels, Louvre Paris, Pierre Boulez Saal, Hong Kong City Hall, Peace Center South Carolina and the Vancouver Playhouse.
James enjoys working with young musicians and is a Professor at the Royal Academy of Music, a coach for the Jette Parker Young Artist Programme at the Royal Opera House, a course leader for the Samling Foundation, and is head of the Song Programme at the Atelier Lyrique of the Verbier Festival Academy.
Born in South Africa, James studied at the University of Cape Town and the Royal Academy of Music in London with Michael Dussek, Malcolm Martineau and Kathryn Stott. In 2007 he graduated with a Dip.RAM and received the Christian Carpenter Award in recognition of his outstanding achievements. He was appointed a Hodgson Junior Fellow in 2007, a Professor of Piano Accompaniment in 2011, and awarded an ARAM in 2012. He is also International Tutor in Piano Accompaniment at the Royal Northern College of Music.