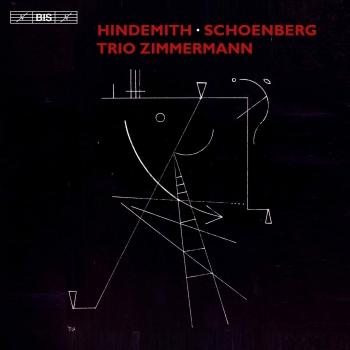 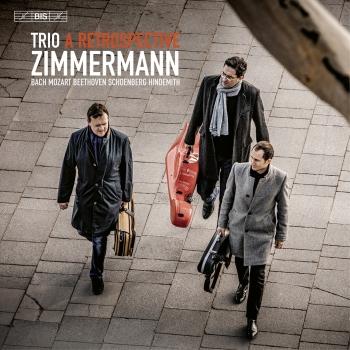 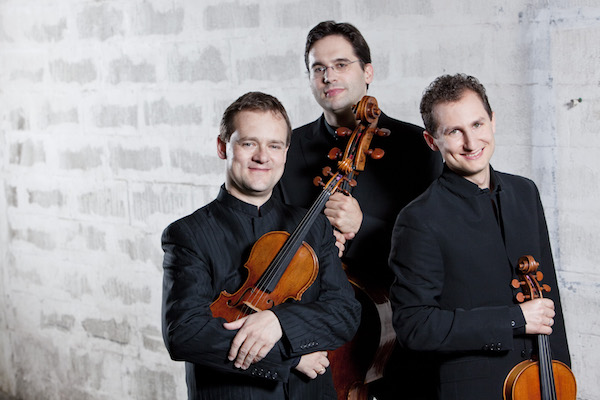 Trio Zimmermann
In 2007 the violinist Frank Peter Zimmermann was able to realize his long-cherished dream to establish a string trio, the Trio Zimmermann, together with the viola player Antoine Tamestit and the cellist Christian Poltéra. All three musicians have their own distinguished solo careers, but they happily meet for one or two short touring periods per season. The trio performs in such musical centres as Amsterdam, Berlin, Brussels, Cologne, London, Milan, Munich, Paris, Vienna and Zürich, as well as during the festivals in Salzburg and Edinburgh. The Trio Zimmermann records for BIS Records and their award-winning releases so far include the Beethoven String Trio’s Op. 9 (Diapason d’Or de l’Année in 2012, and a BBC Music Magazine Award in 2013), Beethoven’s String Trio, Op. 3 and the Serenade, Op. 8, and the Mozart Divertimento KV 563.
Frank Peter Zimmermann
is one of the most highly sought-after violinists of his generation. Since finishing his studies with Valery Gradov, Saschko Gawriloff and Herman Krebbers, he has performed with all the world’s major orchestras, collaborating on these occasions with the world’s most renowned conductors. His many concert engagements take him to all major concert venues and international music festivals in Europe, the United States, Asia, Australia and South America. Recent additions to his wide-ranging and award- winning discography on BIS, Decca, Sony, EMI and ECM include recordings of concertos by Dvořák, Hindemith, Shostakovich and Brett Dean.
He plays on the 1711 Antonio Stradivari violin "Lady Inchiquin”, which is kindly provided by the Kunstsammlung Nordrhein-Westfalen, Düsseldorf, "Kunst im Landesbesitz".
Antoine Tamestit
is one of today’s most sought-after violists. Appearing with major international orchestras, he remains a passionate chamber musician, playing with the leading artists of our time. His wide repertoire extends from baroque to contemporary music and he has premiered many new and important works. He is artistic director of the Viola Space Festival in Tokyo. Born in Paris, Tamestit studied with Jean Sulem, Jesse Levine and Tabea Zimmermann. He is the recipient of several awards, including the Credit Suisse Young Artists Award and first prizes at the Primrose International Viola Competition and the ARD International Music Competition. Antoine Tamestit plays on the Stradivarius viola "Mahler" from 1672, on loan from the Habisreutinger Foundation.
Christian Poltéra
was a pupil of Nancy Chumachenco, Boris Pergamenschikow and Heinrich Schiff. Between 2004 and 2006 he was a member of the prestigious New Generation Artists’ scheme of BBC Radio 3 in London and in 2004 received the Borletti-Buitoni Award. As a soloist he gives concerts with numerous renowned orchestras and conductors. He is also a passionate chamber musician, working with many distinguished fellow artists, and is a frequent guest at various illustrious festivals. Christian Poltéra’s internationally acclaimed discography include numerous releases on BIS and reflects his wide range of concerto and chamber music repertoire. He plays on the famous ’Mara’ cello made by Stradivarius in 1711.