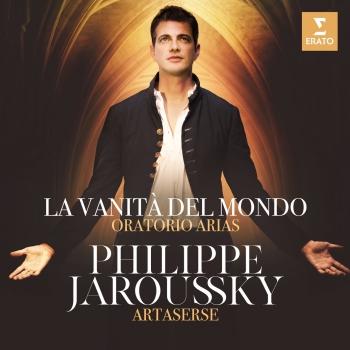 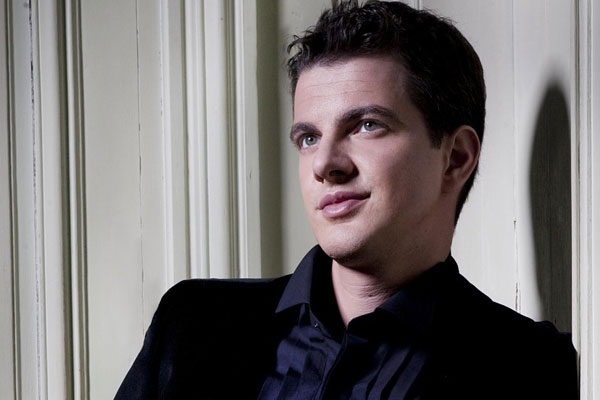 Philippe Jaroussky
The countertenor Philippe Jaroussky - a little over 30 years old - has already established himself as one of the major singers in the international musical world as confirmed by the French Victoires de la Musique, broadcast live on National TV ("Revelation Artiste Lyrique" in 2004, "Artiste lyrique de l'année" in 2007 and in 2010, CD of the year 2009) and the Echo Klassik Awards in Germany in 2008 in Munich.
His technique allows him the most audacious nuances and impressive pyrotechnics. Philippe Jaroussky has an extremely large repertoire in the baroque area, from the refinements of the italian Seicento with Monteverdi, Sances and Rossi to the staggering brilliance of Handel or Vivaldi's music - the latter being the composer he mostly sang these last few years. Philippe Jaroussky has lately decided to explore a very different repertoire both contemporary and modern with the pianist Jerôme Ducros. As a result, they are performing the melodies composed by Marc André Dalbavie from the poems of Louise Labbé and the french melodies of the end of the 19th century and the beginning of the 20th, in many countries including the UK, Germany, the US etc.
Philippe Jaroussky has worked with the best baroque orchestras such as Ensemble Matheus, Les Arts Florissants, Les Musiciens du Louvre, Le Concert d'Astrée, L'Arpeggiata, Le Cercle de l'Harmonie and Europa Galante with conductors such as William Christie, Jean-Christophe Spinosi, Marc Minkowski, René Jacobs, Christina Pluhar, Jérémie Rhorer, Emmanuelle Haïm, Jean-Claude Malgoire or Fabio Biondi ...
He has been praised in all the most prestigious concert halls and theaters in France - Théâtre des Champs-Elysées, Théâtre du Châtelet, Salle Pleyel, Salle Gaveau, Opéra de Lyon, Opéra de Montpellier, Opéra de Nancy, Arsenal de Metz, Théâtre de Caen...) and abroad - The Barbican Center and Southbank Center in London, Palais des Beaux Arts in Brussels, Grand Théâtre du Luxembourg, Konzerthaus in Vienna, Staatsoper and Philharmonie in Berlin, Teatro Real in Madrid, Carnegie Hall and Lincoln Center in New York ...)
He recently joined Cecilia Bartoli in Salzburg as Sesto for stage performances of Haendel's Giulio Cesare. He will appear with Andrea Marcon and Venice Baroque Orchestra in 2013 after his sabbatical nine months.
In 2002 he founded l'Ensemble Artaserse, which performs music all over Europe.
Philippe Jaroussky has received many awards for his recordings. For Heroes (Vivaldi's Opera arias), he has received a Gold disc in 2007, has been awarded a Diapason d'Or, a 10 by Classica-Repertoire, a Choc of the Magazine Monde de la Musique, the Timbre de Platine from Opera International, and a Gramaphone Award.
His CD Tribute to Carestini (with le Concert d'Astrée and Emmanuelle Haim) was awarded CD of the Year at the Victoires de la Musique in 2008 and at the Midem Classical Awards in 2009.
In January 2009, the CD Teatro d'Amore devoted to Monteverdi with L'Arpeggiata and Christina Pluhar was an immediate best seller. A few month later, his surprising CD Opium (French melodies) was once again an international success.
His latest recording La Dolce Fiamma is dedicated to forgotten castrato arias by Johann Christian Bach and was recorded with Le Cercle de l'Harmonie under Jérémie Rhorer. He is also on Arpeggiata's latest March release "Via Crucis".
The Tribute to Carestini and La Dolce Fiamma have both gone gold.
He has been awarded his fourth "Victoire de la Musique" in 2010 (singer of the year).