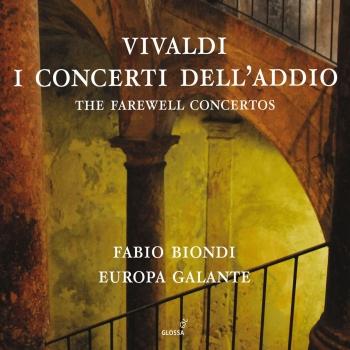 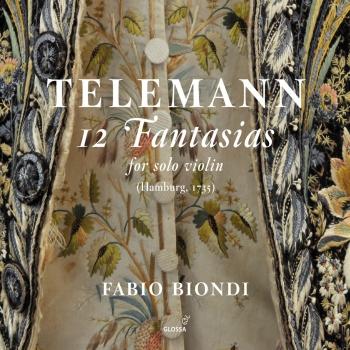 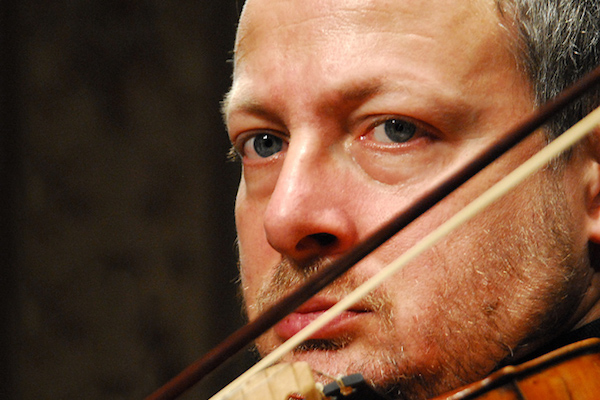 Fabio Biondi
Born in Palermo, Fabio Biondi began his international career at an early age. Driven by a deep cultural curiosity, Fabio Biondi was introduced to pioneers of the new approach to baroque music, an opportunity that was to expand his musical vision and change the direction of his career. Since then, he has performed with ensembles including Cappella Real, Musica Antiqua Wien, Seminario Musicale, La Chapelle Royale and Les Musiciens du Louvre (ever since its foundation) all specialising in the performance of baroque music using original technique and instruments.
In 1990, Fabio Biondi founded Europa Galante, an ensemble which, in just a few years thanks to their worldwide concert schedule and extraordinary recording successes, became the most internationally renowned and awarded Italian performers of baroque music. The ensemble has been invited to play at the most important festivals and concert halls around the world, including La Scala in Milan, the Accademia di Santa Cecilia in Rome, Suntory Hall in Tokyo, the Concertgebouw in Amsterdam, the Royal Albert Hall in London, the Musikverein in Vienna, the Lincoln Center in New York and the Sydney Opera House.
Their first record (Vivaldi's concertos) was awarded the 'Premio Cini' of Venice & the 'Choc de la Musique' and was soon followed by a number of other awards such as five Diapasons d’Or, Diapason d’Or de l’Année in France, RTL Prize, 'Record of the Year' nominations in many countries, and the 'Prix du Disque, 'ffff' by the review Telerama. In 2006, their recording of Vivaldi's opera Bajazet was nominated for a Grammy Award.
Fabio Biondi's musical development, taking in both universal repertoire plus the rediscovering of minor composers, spans three centuries of music. This is illustrated in his varied discography: Vivaldi's The Four Seasons, Corelli's Concerti Grossi, the oratorios, the serenatas and operas of Alessandro Scarlatti (La Messa di Natale, Clori, Dorino e Amore, Massimo Puppieno and Il trionfo dell'onore) Handel's operas (Poro), and the XVIII century Italian violin repertoire (Veracini, Vivaldi, Locatelli, Tartini) as well as sonatas by Bach, Schubert and Schumann. Fabio Biondi embodies the perpetual pursuit of style free from dogmatism and he remains intent in his quest for the original language. It is due to this very approach that he can collaborate as soloist and conductor with many varied orchestras, including Santa Cecilia in Rome, Mozarteum Orchestra Salzburg, European Baroque Orchestra, Opera of Halle, Zurich Chamber Orchestra, Chamber Orchestra of Norway, Orchestre Nationale of Montpellier and Mahler Chamber Orchestra. Next season Fabio Biondi will conduct the Ensemble Orchestral de Paris, the Stuttgart Chamber Orchestra, and the Chicago Symphony Orchestra.
Fabio Biondi also performs in duo with piano, harpsichord or forte-piano in prestigious venues around the world including the Cité de la Musique in Paris, Hogi Hall in Tokyo, Auditorium Nacional in Madrid , Wigmore Hall in London, and Carnegie Hall in New York.
Since March 2005 Fabio Biondi has taken on the role of artistic director for baroque music at the Stavanger Symphony Orchestra. With the SSO, he has released a recording of Scarlatti's opera Carlo Re d'Alemagna (diapason d'or winner) and in 2015 a new Glossa recording of the Oratorio of Antonio Caldara “Morte e Sepoltura di Christo”.
From September 2015, Biondi is musical director of the Orchestra del Palau de Las Artes in Valencia, where he will perform Handel’s Silla and Mozart’s Idomeneo and Davidde Penitente in his opening season.
Biondi has been an academician of the Accademia Nazionale di Santa Cecilia (Rome) since 2011 and in 2015 he was nominated Officer of the National Order of Arts and Letters by the French Ministry of Culture.
Fabio Biondi plays an Andrea Guarneri Violin (Cremona,1686 ). He also plays a 1766 Carlo Ferdinando Gagliano Violin, owned by his teacher Maestro Salvatore Cicero and kindly lent to him by the Salvatore Cicero Foundation in Palermo.