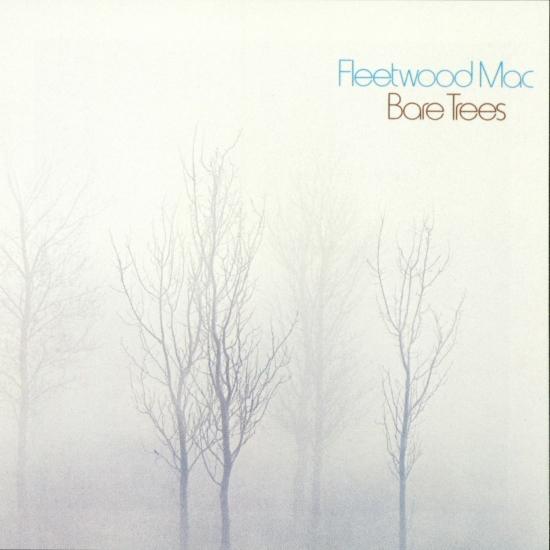 Fleetwood Mac's massive pop success often overshadows the group's origins as one of the premier English blues bands of the sixties. Mac's 1972 album, „Bare Trees“, found the group searching for a new direction, having lost both of their stellar lead guitarists--Peter Green and Jeremy Spencer--to the excesses of the '60s rock lifestyle. Joined by new guitarist/vocalist Bob Welch and bassist John McVie's wife Christine on keyboards and vocals, Fleetwood Mac reinvented itself as a more pop-oriented rock band.
The real star of „Bare Trees“ is guitarist/vocalist Danny Kirwan, who contributes the gorgeous guitar instrumental "Sunny Side of Heaven" and "Bare Trees," a funky rocker that was a massive FM radio staple throughout the seventies. It was new guitarist Bob Welch, however, who wrote and sang the modest hit "Sentimental Lady," a haunting, romantic ballad that remains one of Fleetwood Mac's finest moments. Christime McVie's "Spare Me A Little Of Your Love" hints at Fleetwood Mac's future direction. „Bare Trees“ is a rewarding, well-crafted album that stands on its own merits rather than the Fleetwood Mac legend.
„Arguably the first consistently strong album Fleetwood Mac ever recorded -- all the way back into the Peter Green/Jeremy Spencer era, the Mac's albums had previously consisted of individual moments of brilliance in a sea of uninspired filler -- 1972's Bare Trees is also the album where the band finally defines its post-blues musical personality. Low-key but less narcoleptically mellow than 1971's sleepy Future Games, Bare Trees is a singer/songwriter album in the traditional early-'70s style, backed up with just enough musical muscle to keep from sounding like weedy soft rock in the manner of Bread or Cat Stevens. This is the one Fleetwood Mac album on which singer/guitarist Danny Kirwan is the dominant figure, writing five songs to Christine McVie and Bob Welch's two apiece. Impressively, all three writers get off a small masterpiece on side two; McVie's "Spare Me a Little of Your Love" sounds like a dry run for the string of hits she would start writing with 1975's Fleetwood Mac, and it's her first really good pop song. By comparison, Kirwan and Welch's best songs are all-time career highlights. Kirwan's "Dust" combines a gentle, gliding melody with resigned, melancholy lyrics and his most memorable chorus. Welch's "Sentimental Lady" was, of course, his first solo hit in its 1977 re-recorded version, but this original take is far superior, and one of the great lost pop songs of the early '70s. Outfitted with a terrific vocal melody, hooks galore, and an impressive tremolo guitar solo, "Sentimental Lady" is perhaps a little trite lyrically, but it's a heartfelt and lovable tune regardless, and the best thing Fleetwood Mac did in the years between "Albatross" and "Over My Head." The rest of the album is less magical, but the instrumental "Sunny Side of Heaven" and the downright funky "Danny's Chant" are impressive in their use of atmospheric arrangements and so point toward the subtle but effective production choices that would make Fleetwood Mac and Rumours among the most listenable albums of their time. Bare Trees isn't in that league, but it shows that after five years of false starts and failed experiments, Fleetwood Mac were finally on their way.“ (Stewart Mason, AMG)
Danny Kirwan, guitar, vocals
Bob Welch, guitar, vocals
Christine McVie, keyboards, vocals
John McVie, bass
Mick Fleetwood, drums, percussion
Recorded 1971–1972 at De Lane Lea Music Centre, Wembley, London (apart from track 10, recorded at Mrs Scarrott's home in Hampshire)
Engineered by Martin Birch
Produced by Fleetwood Mac
Digitally remastered
Please Note: We offer this album in its native sampling rate of 44.1 kHz, 24-bit. The provided 192 kHz version was up-sampled and offers no audible value!