Mystery To Me (Remastered) Fleetwood Mac 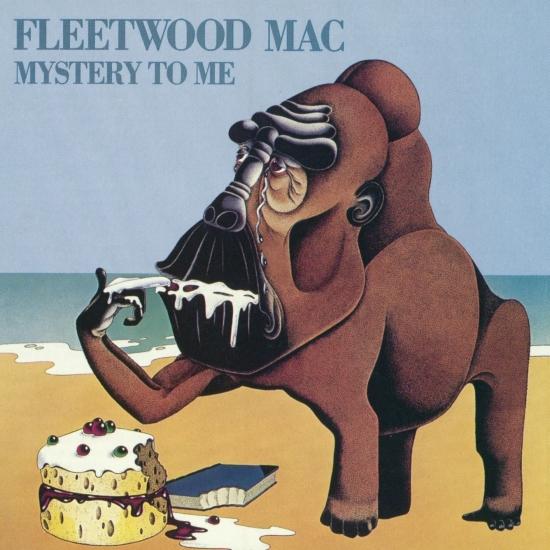 Info zu Mystery To Me (Remastered)

Released in 1973 and now regarded as an important transitional album in Fleetwood Mac's long march towards superstardom, „Mystery To Me“ featured the lineup of Mick Fleetwood, John and Christine McVie, singer/guitarist Bob Welch and guitarist Bob Weston. The hiring of Welch had angered original guitarist Danny Kirwan and after a 1972 gig, the volatile Kirwan went berserk backstage and was fired. On „Mystery To Me“, the follow-up to „Penguin“ (1973) and the band's strongest album in years, the luminous elements of the future Fleetwood Mac were falling in place; Bob Welch's rambling, mystical reverie "Hypnotized" became (and remains to this day) a rock radio standard.
The Welch-Weston-John McVie-penned "Forever" grooves with an atypical African gloss, and the bluesy growl of Welch's "The City" lashes out at New York, contradicting Lindsey Buckingham's giddy city ode "Empire State" on 1982's MIRAGE. Yet it is Christine McVie's thoughtful, majestic "Why," which unfolds from a backcountry fingerpick to a soaring poem of regret and passage, that marks the transition from early Mac (which officially ended with 1974's Heros Are Hard To Find“) to one of the most influential Anglo-American bands of all time.
„At this point, the band was best-known as a British blues unit. Slowly but surely the band was becoming more acclimated with a production style that was reminiscent of the California pop sound. With the majority of the blues and psychedelic behind them, Mystery to Me finds Fleetwood Mac in a more ruminative vein. American guitarist Bob Welch established that path. Despite the all-encompassing ethos, Welch's songwriting skills made him walk a fine line between the mystical and the silly. But luckily most everything works here. The leadoff song, the laid-back "Emerald Eyes" matches Welch's spacey lyrics and vocals as Christine McVie provides great backing help. The album's best track, the gorgeous and lyrically strong "Hypnotized" has Welch matching an effortless, soothing croon with jazzy guitar riffs. Throughout Mystery to Me the amazing and almost telepathic drums and bass of Mick Fleetwood and John McVie give this effort more panache and muscle than was represented on this effort's predecessor, Bare Trees. The best Bob Welch offering, "Keep on Going," has a strong, soulful string arrangement and Christine McVie's customary sensual and poised vocals. The only weak spot is the ill-advised cover of "For Your Love" that's steeped in hackneyed, post-psychedelic style. Mystery to Me's interesting sound is directly attributed to the fact that it was recorded on the Rolling Stones Mobile Unit. This effort is custom-made for those who like thoughtful offerings and is a valuable set in the scheme of the band.“ (Jason Elias, AMG)
Bob Welch, electric guitar, acoustic guitar, bass, lead and backing vocals
Bob Weston, electric guitar, slide guitar, acoustic guitar, backing vocals
Christine McVie, keyboards, lead and backing vocals
John McVie, bass
Mick Fleetwood, drums, percussion
Recorded Spring-Summer 1973 at Rolling Stones Mobile Studio
Produced by Fleetwood Mac & Martin Birch
Digitally remastered