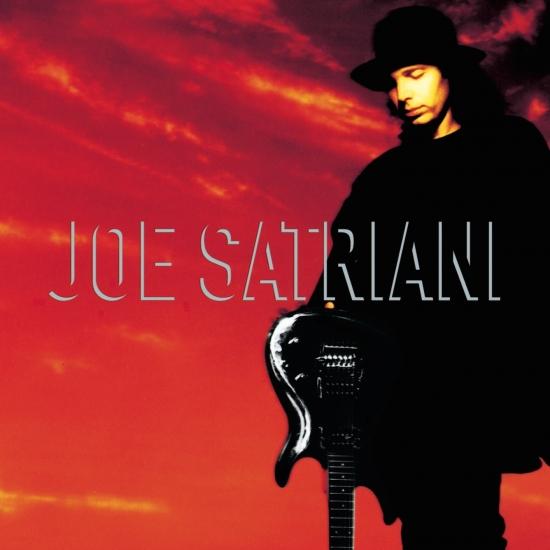 „A guitar virtuoso and genius of instrumental composition, Joe Satriani explores deeper waters with a haunting yet richly entailed work of stripped-down blues-rock and improvisational jazz. This record, self-titled as Joe Satriani, puts the guitar wizard into a streaming new light of musical impression, as his efforts point toward a sincere evolutionary progression in composition and arrangement. With a collective of the most witty, crafty, and enticing musicians in jazz and blues, Satriani blends soaring, scintillating scale passages with pulsating, engaging melodic lines. With the help of his main group during these sessions -- Andy Fairweather Low on rhythm guitar, Nathan East on bass, and Manu Katche on drums -- Satriani reaches further into his musical self to bring out soulful grooves and mesmerizing yet catchy riffs, creating a relaxed, yet gripping intensity to these jams. Spontaneous in meter, rhythm, and melody, Satriani never fails to let the listener in on his enchanting and seemingly overabundant sense of creativity. Perhaps the only weakness throughout the majority of the album's 12 tracks is his intention to strip down and use only the effects of his Marshall amps, therefore, sadly diminishing his trademark flair for the highly alluring sonic territory he covered on his critically acclaimed Surfing With the Alien, Flying in a Blue Dream, and Time Machine. Still, with all due respect, his plethora of extremely gifted backup musicians sincerely adds a diverse range of textures and colors, bringing out a much-needed live feel to an otherwise bland album of blues-oriented jazz-rock. Perhaps the highlight of the record in the punch and volume of the progressive-oriented blues jam, 'Killer Bee Bop' is a tune drenched with well-placed percussion and racing guitar lines. Because he is not afraid to seek the darker and once-unapproachable territories of guitar rock to find vibrant and refreshingly new sounds, Satriani puts forth once again a successful album, painting a mixture of blues and jazz in a variety of meters and keys. The single '(You're) My World,' released over the airwaves as radio-friendly material in early 1995, is a misleading example of Joe Satriani's real development during the production of this record. A slow listen to the material on this release will captivate the listener's spirit for this guitar hero and reveal Joe Satriani's true nature, in that he and his Ibanez instrument are one and the same.“ (Shawn M. Haney, AMG)
Joe Satriani, vocals, guitar, Dobro, harp, bass
Andy Fairweather Low, guitar (tracks 1–5, 7–10, 12)
Eric Valentine, keyboard, piano, percussion, bass
Manu Katché, drums (tracks 1–3, 5, 7–10, 12)
Ethan Johns, drums (track 4)
Jeff Campitelli, drums (track 11)
Greg Bissonette, percussion (track 6)
Nathan East, bass (tracks 1–3, 5, 7–10, 12)
Matt Bissonette, bass (track 6)
Recorded at The Site; H.O.S. Recording; Coast Recorders in San Francisco; Fantasy Studios in Berkeley, California
Engineered by Steve Holroyd, John Cuniberti, Eric Valentine
Mixed by Glyn Johns
Mastering by Bob Ludwig
Produced by Glyn Johns
Digitally remastered