Surfing With The Alien Joe Satriani 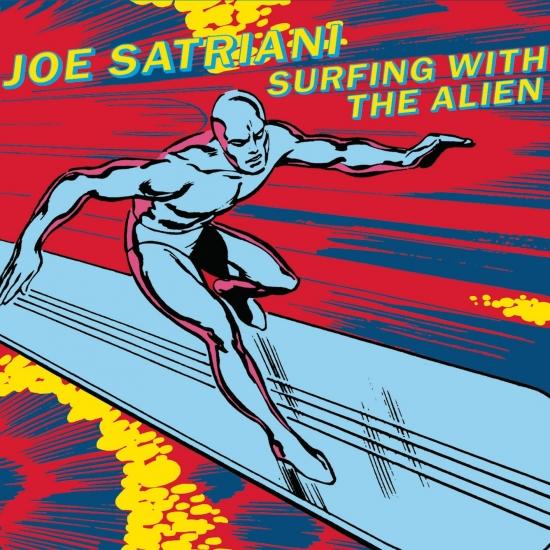 Info for Surfing With The Alien

1987's „Surfing With The Alien“ cemented Joe Satriani's status as a top-tier virtuoso axe man. Although Satriani (a teacher to such famous students as Steve Vai and Metallica's Kirk Hammett) began getting recognition following his solo debut, „Not Of This Earth“, it was this subsequent record that truly sent the guitarist's career into the stratosphere. With the majority of the album performed by Satch himself (including bass, keyboard, and most drum parts), this is an outing that prominently displays his overall musical talent, while keeping the focus on his amazingly deft, blistering leads.
The New York-born guitarist also impresses with his eclectic array of styles, ranging from the fierce hard rock of the title track to the delicate pop of 'Always with Me, Always with You' to the bold blues of 'Satch Boogie.' For those curious about the revered shredder, this is a great introduction, and, for aspiring heavy-metal/hard-rock guitarists, „Surfing With The Alien“ is absolutely essential.
Joe Satriani, guitar, keyboard, drum programming, percussion, bass
Bongo Bob Smith, drum programming, percussion, sound design
Jeff Campitelli, drums, percussion
John Cuniberti, percussion, engineering
Jeff Kreegar, pre-production programming, sound design
Recorded at Alpha & Omega Recording, Hyde Street Studios in San Francisco
Mastering by Bernie Grundman
Produced by Joe Satriani, John Cuniberti
Digitally remastered