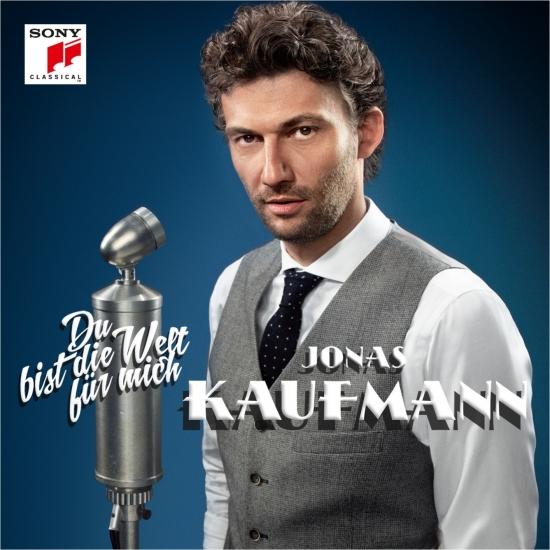 Jonas dedicates his new album to the golden era of German music which flourished in Berlin between 1925 & 1935. He shows an undeniable mastery of this demanding repertoire, which was written for the leading tenors of the time.
‘Lied vom Leben des Schrenk’ by Künneke in particular has only been recorded 3 times before and is hugely challenging vocally. Jonas draws inspiration from an artistically rich and fascinating time of European musical history. The repertoire ranges from the Lehár-Tauber-Hits of the Roaring Twenties until the heyday of the mid 1930s which saw the eventual expulsion and banning of the composers, lyricists and singers who had defined the genre.
The repertoire draws from 3 strands of musical history (Talking movies, Operetta and Polystylistic composers) and shows Jonas’ voice at its most flexible.
The album naturally also includes operetta evergreens by the unbeatable composer-tenor pairing of Franz Lehàr and Richard Tauber – including “Dein ist mein ganzes Herz”, “Hab’ ein blaues Himmelbett ” and “Gern hab ich die Frauen geküßt”.
Jonas’ favoured encores - Richard Tauber’s famous self-penned “Du bist die Welt für mich” and “Ein Lied geht um die Welt” made famous by Joseph Schmidt in the movie of the same title - are also included.
“Kaufmann sings more heroically than the lyric tenors Richard Tauber and Joseph Schmidt, who made songs by Lehar, Kalman, Stolz and co international hits. But it’s thrilling to hear a Siegmund voice in Lehar’s best-known Tauber Lied, You Are My Heart’s Delight, and Freunde, das Leben ist Lebenswert.” (Sunday Times,UK)
“Kaufmann offers a more intimate, less full-throated approach than [Tauber or Schmidt], but it's highly effective and both his musicianship and his attention to text are characteristically impeccable. Also noteworthy are the orchestrations, which - wherever possible - are the originals, and elsewhere stylish copies...Kaufmann devotees will find him the perfect matinee idol.” (BBC Music Magazine)
“It should be wonderful - and it sometimes is. Kaufmann certainly has the vocal range to deliver both the heroics of Kunneke's 'Lied vom Leben des Schrenk' and the close-to-the-mic smooch of Abraham's 'Diwanpuppchen'...But he sounds at times uncertain of what emotional line to take...But nobody in this country...should be put off a chance to hear such repertoire so well sung.” (Gramophone Magazine)
“it’s hard not to be charmed by these plushly upholstered melodies, especially if they are consumed in small doses. Kaufmann is always an intelligently stylish singer, and here he cleverly lightens his timbre and manner to give each number...the appropriate air of easy and spontaneous sensuality...Aficionados of the genre will be enthralled.” (The Telegraph, UK)
Jonas Kaufmann, tenor
Julia Kleiter, soprano
Rundfunk-Sinfonieorchester Berlin
Jochen Rieder, conductor