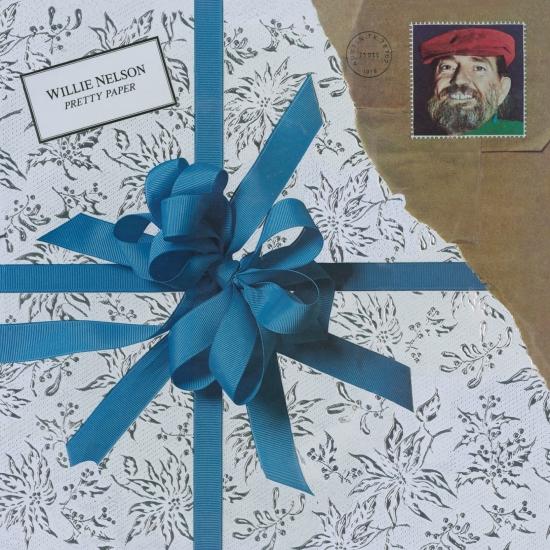 Willie gave us a new Christmas classic with the title song on this 1979 LP, which reached the pop charts that December. He also delivers utterly charming renditions of White Christmas; Jingle Bells; Silent Night; Here Comes Santa Claus; Frosty the Snowman; Blue Christmas; Winter Wonderland, and more!
"Artists almost always release Christmas albums when they have a comfortable level of sales, and when Willie Nelson was at a popular peak during the late '70s, he chose to exploit his popularity by releasing Pretty Paper. Fortunately, the album was hardly a toss-off -- it was one of the finest country holiday records ever released. It's not just because the title track became a classic, or that his choice of material is terrific (all familiar tunes, but all great) -- it's because Nelson is a great interpreter, capable of making standards like "White Christmas" and "Silent Night" fresh and unpredictable. Few other artists are willing to put their personal stamp on these standards, and that alone is enough to make Pretty Paper a holiday record to cherish." (Stephen Thomas Erlewine, AMG)
Willie Nelson, vocals, guitar
Paul English, drums
Chris Ethridge, bass
Booker T. Jones, keyboards
Rex Ludwick, drums
Jody Payne, guitar
Mickey Raphael, harmonica
Bee Spears, bass
Digitally remastered