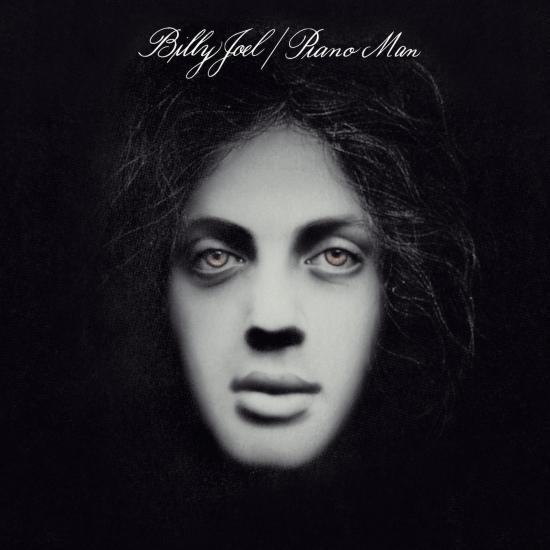 The title track from Billy Joel's major-label debut, 1973's „Piano Man“, became a smash hit, and put the singer-songwriter/piano player on the musical map for good. A story-song, the verses consist of character sketches given by the resident musician at a bar-lounge, and these build toward a sweeping, melodically infectious chorus and a melancholic, carnivalesque refrain. The tune demonstrates Joel's flair for narrative and lyrical detail, as well as his unmistakable knack for a catchy hook - qualities that would be the bedrock of his success through the 1970s and '80s.
Joel was still developing his trademark style here, and while the rest of the album doesn't quite measure up to the strength of 'Piano Man,' it fits quite neatly into the rubric of the one-man folk-rock artists of the era (namely Elton John, but also acoustic guitar-wielding troubadours like Harry Chapin). Still, there is evidence of Joel's signature tendencies throughout, like the tender love ballad 'You're My Home' and the closer, 'Captain Jack,' a character-heavy story-song on the order of the title song. On the whole, „Piano Man“ is an important step in Joel's development, and contains the musical and lyrical seeds that would sprout to full flower on albums like „The Stranger“, and subsequently catapult the artist to singer-songwriter stardom.
„Pianist/singer/writer's first Columbia LP is much more finely-honed than his set on another label, with admirable contributions by arranger Michael Omartian and producer Michael Stewart. Joel has fine shot at establishing himself as consistent quality AM artist with large scale songs and dynamic performing range. Watch the title cut, 'Captain Jack' and 'Billy The Kid.' (Billboard)
„Joel presents a personal perspective of middle-class teen life in the suburbs ('Captain Jack,' 'The Ballad of Billy the Kid') followed by life in a cocktail lounge ('Piano Man'), and concludes, 'Worse comes to worst, I'll get along.' But his already apparent sense of melody and supple singing voice indicate much more promise than that.“ (William Ruhlmann, AMG)
Recorded September 17–20 and 26, 1973, Los Angeles Produced by Michael Stewart
Digitally remastered