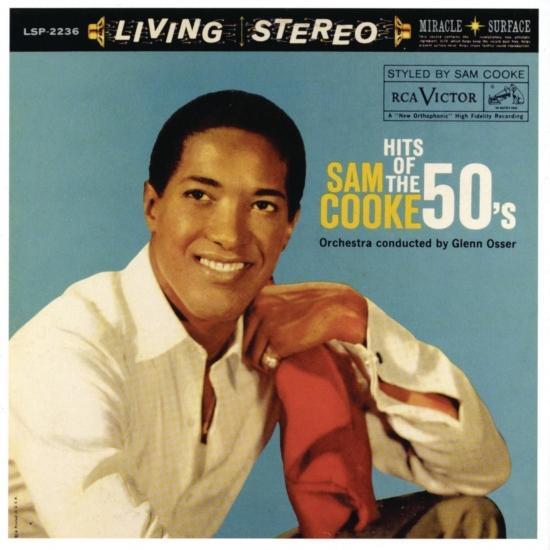 „Sam Cooke's second RCA album is mostly a missed opportunity, in terms of representing much about Sam Cooke as an artist or singer -- having him cover pop hits of the previous decade wasn't a terrible idea on its face, but Cooke was still getting accustomed to working at RCA, and he wasn't inspired by the material or the way it was chosen, and the result is an album aimed at what the label thought the white teenage market was all about (and what the company thought the parents of those kids would be most comfortable with them buying from a black recording artist), that's a lot less interesting than some of the singles, including 'Chain Gang' and 'Wonderful World,' that he was doing around the same time. His versions of hits associated with Nat 'King' Cole, Johnnie Ray, and the Platters should have made for a more interesting record. Hits of the Fifties is still an improvement over its immediate predecessor, Cooke's Tour, but it's also one of the records that for many years -- in the absence of his best material being available -- blighted Cooke's reputation as a soul singer.“ (Bruce Eder, AMG)
Sam Cooke, vocals
Al Casamenti, guitar
Barry Galbraith, guitar
Charles Macey, guitar
Clifton White, guitar
Arthur Ryerson, guitar
Lloyd Trotman, bass
Bunny Shawker, drums
George Gaber, percussion
Andy Ackers, piano
James Buffington, French horn
Anthony Miranda, French horn
Julius Baker, flute
Jerome Weiner, flute
Eddie Costa, vibes
Gloria Agostini, harp
Laura Newell, harp
Recorded March 23–24, 1960 at RCA Victor's Studio B, New York City
Engineered by Bob Simpson
Produced by Hugo & Luigi
Digitally remastered