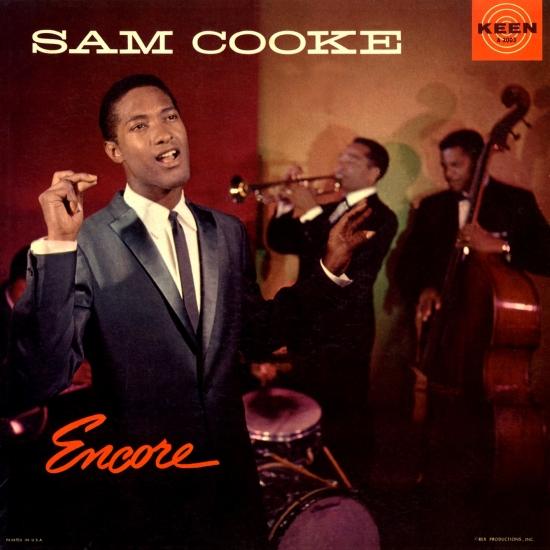 The legendary Sam Cooke left an indelible mark on the face of popular music. Without a doubt, he had one of the smoothest, most soulful voices around. Much like his contemporary Ray Charles, Cookesuccessfully synthesized a blend of gospel music and secular themes that provided the early foundation of SOUL music. This quintessential release features Cooke's first two albums, originally issued by the Keen label: Encore (1958), and his breathtaking debut, Songs by Sam Cooke (1957).
The album contain some of Cooke's finest songs with brilliant accompaniment by The Bumps Blackwell Orchestra, including well known hits such as “You Send Me”, “Summertime”, “Along the Navajo Trail”, and “Mary, Mary Lou”. Long unavailable, this album has finally been remastered in HighResAudio. There's no better proof of Sam Cooke's genius than these soulful, passionate, stylish and exuberant recordings.
'Superb vocals by the great Sam Cooke, with some sophisticated pop, wonderful ballads, and a few intense wailers that recall his great gospel material.' (Ron Wynn, AMG)
Sam Cooke, vocals
The “Bumps” Blackwell Orchestra
Cliff White, guitar
René Hall, guitar
Adolphus Asbrook, bass
Ted Brinson, bass
Earl Palmer, drums
Lee Gotch, backing vocals
Pied Pipers, backing vocals
among others
Recorded in Los Angeles, California, between 1957 and 1958
Produced by “Bumps” Blackwell
Digitally remastered