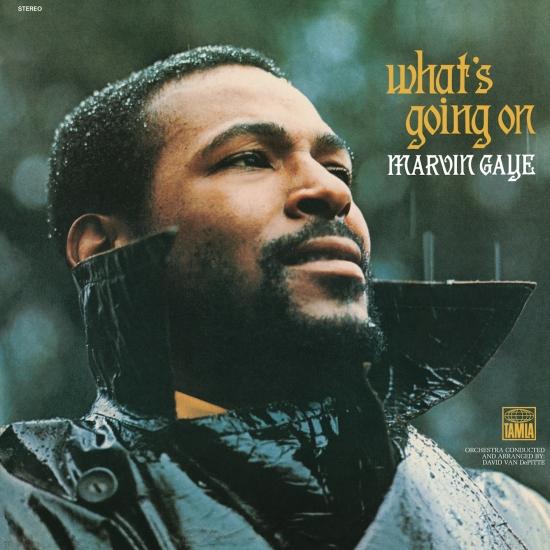 Info for What's Going On (Remastered)

The 1971 classic, digitally remastered in 192 kHz, 24-bit. Still one of the best soul records ever made. Originally released in 1971, „What's Going On" remains a landmark album, one that redefined music with powerful, anthemic songs that remain pertinent to this day.
Be transported back in time to 1971 as Americans struggled to come to gripes with social unrest over the unpopular Vietnam War. Marvin Gaye captures this moment in time with his emotional and powerful musical performance, delivered as if from the perspective of a Vietnam veteran coming home.
Released against the wishes of his label and despite warnings that it could ruin his career, Marvin Gaye couldn't stay quiet in the face of a world gone mad.
Every evocative and moving song from the original track listing is included. This landmark album deeply touched the heart of a nation and continues to be regarded as one of the best releases ever created.
"Greatest protest album ever made? Most stirring soul-music symphony? Yes and yes. And then some." (Rolling Stone)
Marvin Gaye, strong>vocals, piano
Robert White, strong>guitar
Joe Messina, strong>guitar
Johnny Griffith, strong>celeste, keyboards
Earl Van Dyke, strong>keyboards
Eli Fountain, strong>alto saxophone
Wild Bill Moore, strong>tenor saxophone
Jack Brokensha, strong>vibraphone, percussion
Bob Babbit, strong>bass
James Jamerson, strong>bass
Chet Forest, strong>drums
Eddie Brown, strong>bongos, conga
Earl DeRouen, strong>bongos, conga
Jack Ashford, strong>tambourine, percussion
David Van Depitte, strong>arranger, conductor
Recorded live at The Kennedy Center, Washington, D.C. on May 1, 1972
Digitally remastered