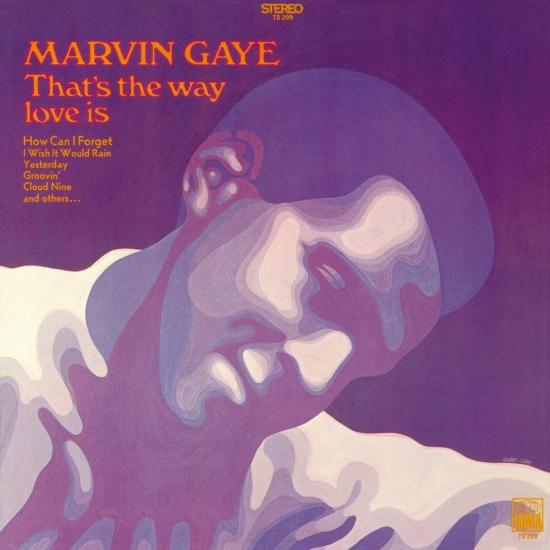 Info for That's The Way Love Is (Remaster)

One of the most iconic singers of his generation, Marvin Gaye aka The Prince of Motown, was cited for his 'huge contribution to soul music in general and the Motown Sound in particular...[his] classic R&B voice was edged with grit yet tempered with sweetness...[projecting] an air of soulful authority driven by fervid conviction and heartbroken vulnerability.' In correlation with the Marvin Gaye Volume Two 1966-1970 box set which picked right up where the 1961-1965 box set left off, the albums - Moods of Marvin Gaye (1966), Take Two with Kim Weston (1966), United with Tammi Terrell, (1967) In The Groove aka I Heard It Through the Grapevine (1968), You're All I Need with Tammi Terrell (1968), M.P.G. (1969), Easy with Tammi Terrell (1969) and That's The Way Love Is (1970) - are all being offered individually on 180g vinyl. During this fruitful period Marvin produced such timeless hits as 'It Takes Two' with Kim Weston, plus numerous duets with Tammi Terrell including 'Ain't No Mountain High Enough,' 'Your Precious Love,' 'Ain't Nothing Like the Real Thing,' and 'You're All I Need to Get By.'
„A fine two-in-one album with two of Gaye's better love/romantic albums. He was deeply influenced by Nat 'King' Cole and loved Frank Sinatra, and their impact registers in his phrasing and style throughout the Many Moods album. The other LP included a superb hit in the title track and plenty of good supporting material.“ (Ron Wynn, AMG)
Marvin Gaye, lead vocals
< The Andantes:
< Marlene Barrow, background vocals
< Jackie Hicks, background vocals
< Louvain Demps, background vocals
< The Originals:
< Freddie Gorman, background vocals
< Walter Gaines, background vocals
< Henry Dixon, background vocals
< C.P. Spencer, background vocals
< The Funk Brothers, all instruments
Produced by Norman Whitfield
Digitally remastered