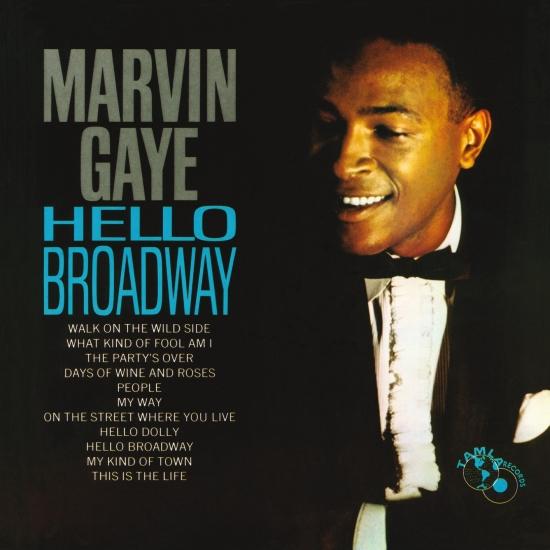 „Much to the chagrin of Motown executives and soul fans, Marvin Gaye had a penchant for wanting to record soft, sentimental ballads over the formula that made Motown the juggernaut that it was. Hello Broadway is one of several compilations of sessions recorded in the early- to mid-'60s that finds Gaye's smooth, seductive voice covering a wide range of material. But Hello Broadway is Gaye singing standards from Broadway musicals, and for diehard fans this is a real treat. And while there are moments where Gaye simply emulates Nat King Cole rather than being himself, this is nonetheless an enjoyable listen. Diehard fans will most likely already have this in their collection, along with When I'm Alone I Cry and Romantically Yours, but casual fans would be better served starting off with the much more accessible Vulnerable, which compiles the highlights from the aforementioned recordings.“ (Rob Theakston, AMG)
Recorded 1964 at Graystone Ballroom, Detroit
Produced by Hal Davis, Marc Gordon
Digitally remastered